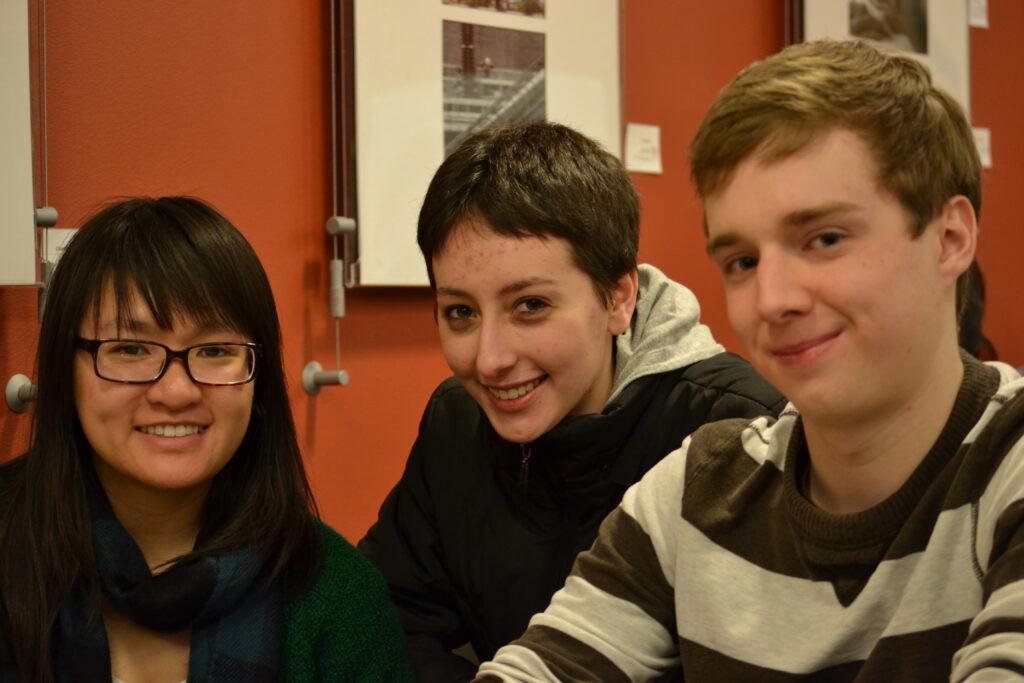 After freshman Ian Stewart spent his winter break engrossed in The God Delusion — biologist Richard Dawkins’ bestseller on the impossibility of a divine creator — he felt inspired to counter campus faith-based groups by uniting his fellow non-believers.

“As someone who is both gay and an atheist, I feel more persecuted as an atheist than as a gay man, and that’s saying something,” said the performing arts major. “I wanted to create a group for not just atheists, but agnostics and humanists, so that they could feel comfortable.”

The national organization’s website lists 290 colleges and universities in the nation with affiliated chapters.

As founder, Stewart said that while the group is applying for Student Government Association recognition, they will be dedicated to five focus areas: education, activism, community service, cooperation with other networks, and establishing a sense of community through group meetings and holding discussions for secular students at Emerson.

The goal, Stewart said, is to remove the stigma he believes is attached with living a life without religion, and participate in volunteer work that he hopes will help boost the organization’s public image.

“We want to teach people that we are good people; we don’t just want to destroy what you believe,” he said. “We think our beliefs are just as valid as any other religious belief.”

Sophomore Kate Caldwell, president of Emerson Christian Society, said she was surprised when she first heard of the group, but thinks a large percentage of students would define themselves as secular.

“There are the Christian, Catholic, and Jewish organizations on campus, and I just never had thought that people with agnostic or atheist views would want a place to meet and talk about that,” said the writing, literature, and publishing major. “If they do, I think that’s totally cool.”

Justina Tran, who also tabled for the group, said she joined in hopes of educating herself prior to subscribing to any particular religion.

“As someone who’s not sure of what their faith is, I think it would be interesting to explore different types of non-beliefs,” said the visual and media arts major. “It would foster more understanding.”

Tran said she hopes that by participating in discussions between atheists and agnostics, she can better determine what she does—or does not—believe.

Sara Detrik, a performing arts major, said she first heard of the organization when Stewart posted on the Facebook group for his floor in the Little Building. She said that despite growing up in a mixed-religion home of Judaism and Christianity, she has no attachment to either.

“I feel like this group is important because religion to me stands for hope, and any beliefs instill hope in people,” Detrik said. “Just because we don’t believe in religion isn’t a bad thing, just a different way of creating our own purpose.”

Detrik said she identifies the most with agnostics, and while she believes religion is good for some people, she doesn’t think it’s for her.

“I was talking to a girl on my floor who is a part of a Christian group here, and she said there were so many secular people there is no need for the group,” Detrick said. “I think because there’s so many of us, we need to be connected so that we can get things done.”

Stewart said 27 students signed up to be on the group’s email list, and the response they received while tabling was positive. He said he hopes to appeal to students who are interested in their cause and want to learn more about who secularists are.

A lot of people came up to me when we were tabling and thanked me for making this group and saying they had been waiting for something like this,” said Stewart. “We even had a couple Christians sign our mailing list, which I think is awesome.”