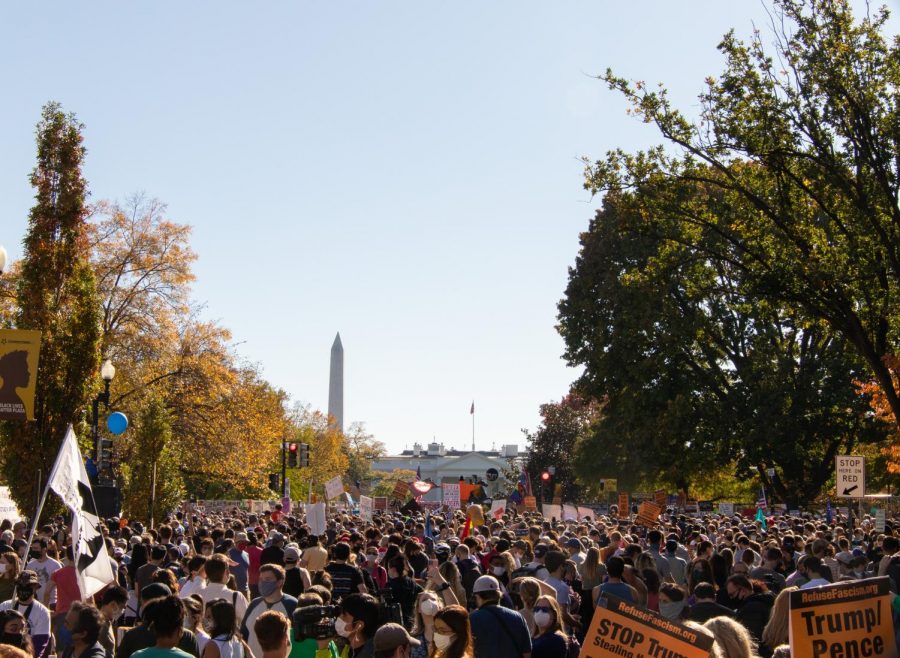 A view of the Washington Monument from Saturday's celebration.

By Jacob Seitz and Parker Purifoy

WASHINGTON D.C.—The streets of Washington D.C. erupted into raucous applause on Saturday, as the nation’s capital celebrated the news that it would soon have new residents in the White House.

While the election was contentious and dragged on for days, the District of Columbia was called fairly quickly on Tuesday night. Since the U.S. granted D.C. a say in Presidential elections in 1961, its population has voted for the Democratic candidate in every election. Despite the certainty of D.C.’s three electoral votes going to Biden, there was a nervous tension radiating throughout the district while the election was still in question.

On Saturday, that tension was released. Cars honked, children banged pots and pans together with youthful glee, and people sang N-Sync’s turn of the century hit “Bye, Bye, Bye” outside of the White House as champagne bottles were popped and sprayed.

The celebration spilled out onto Black Lives Matter Plaza, an area in front of the White House that District Mayor Muriel Bowser renamed after the social movement in June. Residents celebrated an election carried by Black activists, organizers, and voters, and danced on top of the words spurred from years of protest.