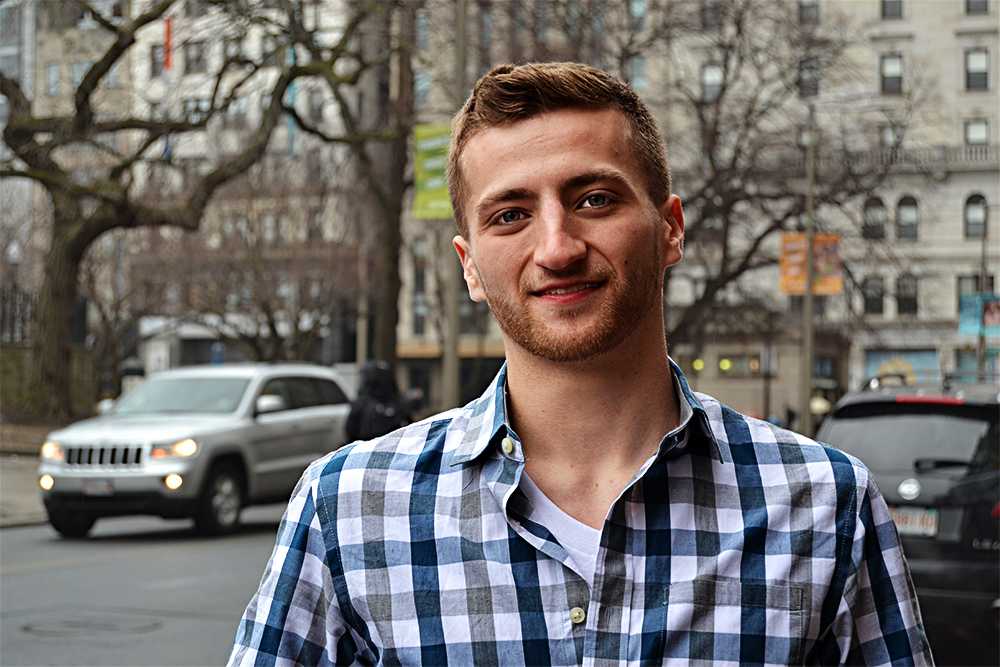 Like many college students, freshman Aaron Dean Gartenberg doesn’t get much sleep. But it’s not just essays and midterms that keep Gartenberg up late at night—and it’s certainly not procrastination, either. Colleagues said he is a hard-working entrepreneur, and he’s been that way since he started a lawn care company in the seventh grade.

After an internship at Mr. 305, a record label owned by Pitbull, Gartenberg created Aaron Dean Productions, or ADP. ADP, based out of central New Jersey, mostly works with independent musicians from New York City; several of the music videos directed and produced by Gartenberg havw over 100,000 views on YouTube. Along with his own projects at ADP, Gartenberg also uses his business acumen to manage a crew of other passionate young artists and media makers.

“I’m offering them a platform to do media and get paid for it,” said Gartenberg. “It’s a paid film internship, kind of.”

Timur Gavrilenko, the lead cinematographer of his crew, said Gartenberg is the kind of guy who would hate himself if he spent a day relaxing or playing video games. He said that he sees Gartenberg as a mentor.

“Working for Aaron feels like you are working with Aaron. He treats you like a friend,” Gavrilenko, a 17-year-old Russian immigrant, wrote in an email to the Beacon. “He is the guy who I can call in the middle of the night asking for help, and he will get on [the earliest] plane from Boston to New York and be at my front door four hours later.”

Beyond ADP, Gartenberg is also the media director at Hourglass Entertainment, an imprint of Warner/Chappell Music, itself a major division of Warner Music Group. He is also a media consultant for Lava Records, a subsidiary of Universal Music Group’ RevolutionWear, a company that specializes in high-end men’s underwear; and FilmAid International, a nonprofit that develops media and communication channels for refugee camps overseas. He said that he’s trying to make the nonprofit more accessible to students.

He’s even co-founded a talent search with Mathew Knowles—Beyoncé’s father and former manager. To help with web development for Knowles’ project, Gartenberg himself hired fellow freshman Leonardo Cilmi, who lives across the hall from him in the Little Building. Cilmi said that Gartenberg is surprisingly humble and unassuming despite his success.

“He didn’t really tell me anything that he did, he said he did some media stuff and worked with some people… but then I really started talking to him, and he started revealing more and more about his life,” said the visual and media arts major. “That’s what I realized, that this guy, he’s a shaker, he’s a mover.”

Cilmi also said that Gartenberg is easily one of the hardest working people he’s ever met.

“Basically all he does, he gets up, he talks to people, and he works,” said Cilmi. “He gets some food in there every once in a while.”

Gartenberg said Cilmi’s statement is not much of an exaggeration. He said that he runs straight from his 8 a.m. Thursday class to a flight bound for New York City for a day of meetings. Last weekend, he was working on a project in Los Angeles, and earlier this year he had shoots in Barbados and France. Once he’s hired, his clients cover airfare and other expenses, and they wire money directly to his account.

Gartenberg described his daily schedule: He gets up between 6 and 7 every morning and addresses his three to-do lists: urgent tasks for now, short-term tasks for the day, and long-term tasks for the week. He sends out emails, heads to class, and spends the middle of the day with phone calls, pitches, and proposals, along with video editing. In the evenings, he dedicates himself to bigger projects, usually from the long-term to-do list.

“There’s no magic to it,” said Gartenberg. “The reality is, I don’t really have a huge social life. I get up every day and I work as hard as I can, get as much done as I can, and a good day for me is when the to-do list is at least halfway done. That’s the only way to keep all these things moving simultaneously. Time management, and hard work, that’s all it is. Drink water? I think so many people go through their days dehydrated.”

He recounted one particularly harried weekend, when he had to miss his Sunday night flight back to Boston because of a meeting with Warner/Chappell.

“I ended up having to have an intern drive me back from New York to Boston at 1 a.m.,” said Gartenberg. “I had a midterm at 8 a.m. that day, so I was studying in the car.”

Gartenberg said that his life is one big juggling act between his school life in Boston and his work life in New York. He said that he generally avoids revealing how young he is unless he’s directly asked, and that he’s a little sensitive about the topic.

“It’s difficult to be in a place where the person you’re hiring is multiples of your age,” said Gartenberg. “I have to have them take me seriously in order to do serious business with them.”

One of Gartenberg’s earliest clients was David Rush, a New Jersey rapper who was signed with Pitbull for six years. Gartenberg said that Rush, 32, was a big mentor in his early career. They’re from the same hometown; according to Rush, Gartenberg answered a public tweet seeking someone to make a video with him. Half as old as Rush, Gartenberg rode his bike to the rapper’s house. Rush said he considered the then-sixteen year old a little brother.

“The only thing he was lacking that I was trying to provide for him is a little street sense, because he was such a nice person, he’d almost do anything,” said Rush in a phone interview. “You gotta kinda make people want you, don’t always be so ready to do, [and] he’d get more respect. He had a regular heartbeat, he was a real kid that just wanted to grind.”

Despite his success, Gartenberg said that he’s committed to staying in school through graduation.

“I’m doing as much as I can and I’m happy with the projects I’ve been involved with,” said Gartenberg, “but I’m nowhere near the position where it seems like dropping out is an option, especially in my freshman year. Need to give it a fair chance.”

He said he has had to turn down some tempting offers because of his commitment to school.

“My biggest thing is just learning,” he said. “This is the warm-up round now. I don’t have kids to feed or a mortgage to pay—this is the time to do these things.”

And it’s only in academia, Gartenberg said, that he can meet people like Molly McGillicuddy, an instructor in the first-year writing program who taught Gartenberg in Introduction to College Writing and is currently working with him in Research Writing.

“[She] changed my academic life and my life in general,” said Gartenberg.

McGillicuddy said Gartenberg is tireless in his ability to balance work in and out of school.

“He just puts his all into it, he is not one for phoning it in,” said McGillicuddy in a phone interview. “He’s not just at school to get the credentials and that piece of paper, he’s in school to learn things.”

Gartenberg said that he’d like to see more collaborations at Emerson.

“We are all so close in proximity and interests I think it would be awesome to see even more cross over on campus when it comes to doing projects,” said Gartenberg.

“I love media, I love film,” Gartenberg said, “but at the core of it, it’s entrepreneurship that gets me excited.”