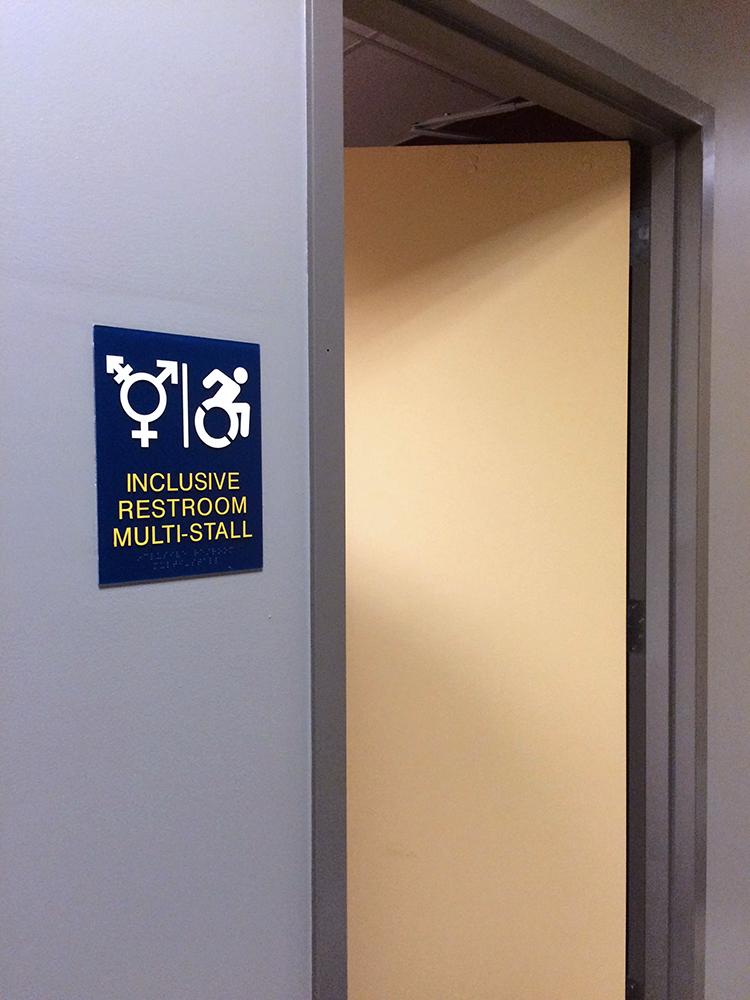 In the first few days back on campus, students may notice some signs around restrooms that weren’t there before.

Emerson updated some restrooms to be inclusive of transgender, genderqueer, and gender nonconforming individuals, Vice President for Diversity and Inclusion Sylvia Spears wrote in an email to the Emerson community on September 1. The Office for Diversity and Inclusion worked with EAGLE (Emerson’s Alliance for Gays, Lesbians, and Everyone) to make this change, Spears said in an interview.

While most of the multi-stall lavatories around campus will remain gender specific, new signs were added that “encourages individuals to use the restroom that best fits their gender identity,” according to the email.

In addition, all single-user bathrooms that were formerly gender specific will now be labeled as inclusive with signs indicating that they can be used by any person.

Five multi-stall restrooms around campus, such as the 5th floor of Walker and outside the Cabaret in the Little Building, were selected to be available to anyone.

“This is a physical manifestation of a call for us to validate, recognize, and affirm members of our community who may be transgender, genderqueer, or gender nonconforming,” Spears said. “If you want an inclusive and affirming environment, then you have to understand the story that’s bigger than just the changing restrooms.”

This update sprouted last fall, according to Dylan Walton, co-president of EAGLE. He said the organization drafted a detailed proposal over the course of last year, which they presented to Spears.

Spears then formed an ad hoc group, including Walton, EAGLE’s other co-president Casey MacPhail, Vice President and Dean for Campus Life James Hoppe, and P. Carl, a creative director for ArtsEmerson, to further refine and implement the policy.

Spears said some of their responsibilities include deciding what language to use, how the signs would look, and the best way to educate the Emerson community.

“A lot of our rhetoric revolved around the idea that Emerson brands itself as the premiere LGBT-friendly college in the entire country, but the trans and gender nonconforming community are very often forgotten or overlooked here,” Walton said.

Spears said she set a goal of having this project completed by the time classes start, an objective achieved with almost a week to spare.

And the feedback has been positive so far, Spears said.

“This is one of the best collaborations between students and administration that I’ve seen so far at Emerson,” she said.

While the new signs have been installed all over campus, Walton and EAGLE are adamant that this project is not over yet.

“We’re happy that we’ve accomplished this after all the work we’ve done,” Walton said, “But we very much want to move forward with expanding this to all bathrooms on campus and maybe even the dorms themselves.”