‘Get On Your Knees’ will have you standing on your feet 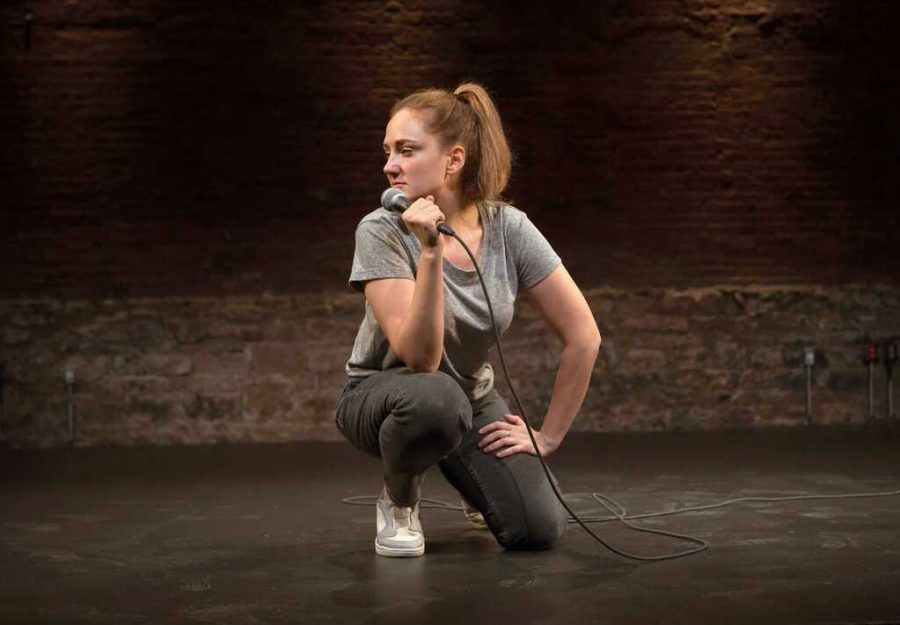 Jacqueline Novak performing her stand-up show, Get On Your Knees.

After 18 months of not attending in-person performances, I’m glad that Jaqueline Novak was the one who welcomed me back for my first in-person show.

Novak’s show was an electrifying tale about what it’s like to be a woman and the stereotypes we all inherently grow up with.

We aren’t always aware of these pressures and stereotypes, but Novak exposes them and pulls them apart.

I felt that with each blow job or penis joke, her humor became more and more sophisticated, and there is nothing more comical than making fun of dicks and cocks in the same eloquent language in which you would speak with your parents.

After only seeing comedy specials on Netflix from the comfort of my bed, it was refreshing to see an in-person performance with an audience. There is something so unique about live comedy. It has the power to unite a group of people, which is what Novak succeeded in.

Each joke layered to add a new wave of chuckles and giggles from the audience. This show reminded me of what I missed most about in-person performances—the people. Hearing the laughs around me and watching Novak’s face lighting up with each giggle, it warmed my heart.

Listening to Novak was like listening to your older sister recount her first blow job experience. Novak is the big sister we all need, and her show was a refreshing breath of relatability and humor. I wouldn’t have wanted any other performer to greet me on stage after so long since viewing my last in-person performance. Novak closed the show with “it’s lonely at the top,” as she is the self-crowned blow-job queen.

All I have to say is that’s queen shit.