Getting vulgar with Bulger: Doc comes to Emerson, accompanied by gangster’s former flame 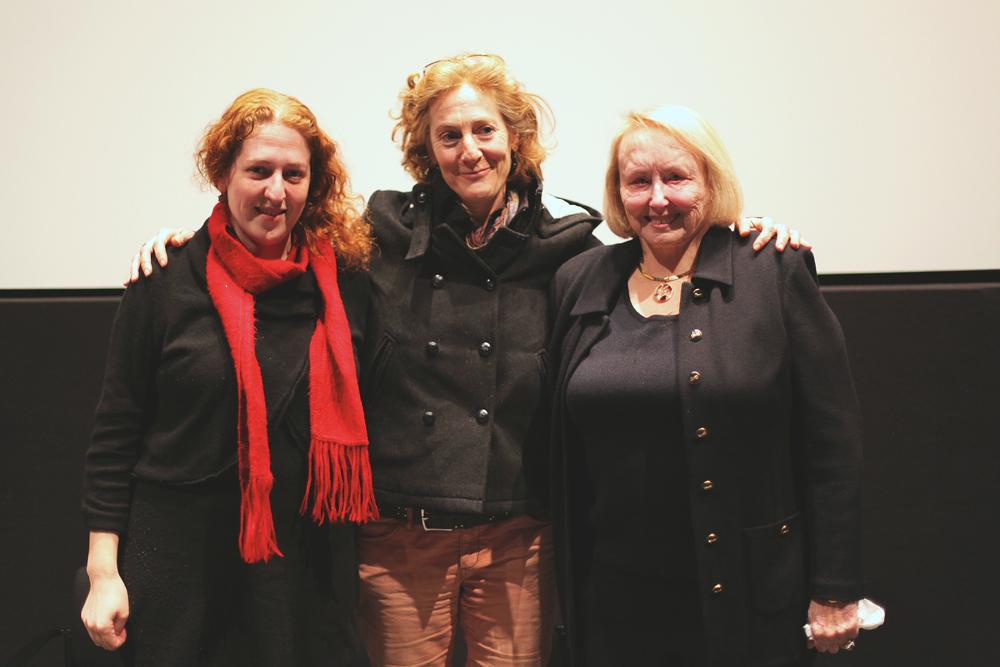 When Lindsay Cyr’s boyfriend wanted to take their relationship to the next level — “the one that happens in the dark,” she specifies — she wasn’t interested.

“I figured it only lasts eight minutes anyways, and it always hurts,” she said in a new documentary. “So why bother?”

The boyfriend convinced her in the end, with a wry smile and a promise she remembers even now, almost 50 years later.

“He looked at me and he said ‘Honey, I can’t even get my clothes off properly in eight minutes,’” she laughs. “And boy, was he telling the truth!”

And so began what the documentary called a tumultuous 12-year relationship between Cyr and James “Whitey” Bulger, Boston’s most notorious gangster.

Tuesday night Cyr — a tall, Irish Catholic woman, now in her 60s — visited Emerson’s campus for the screening of the documentary Whitey Bulger: The Making of a Monster, in which she was an interviewee. Cyr spoke at length at the end of the screening — alongside the documentary’s producer Susan Gray — about the documentary, the relationship, and Bulger’s recent trial and conviction.

The association between Cyr and Bulger spanned 12 years and encompassed sex, violence, infidelity, murder, and the birth and death of their child, an event which, according to Cyr, made Bulger a much darker man.

“Our son got sick on a Friday and died on a Monday. It was awful, just awful,” she said in the film. “It really affected [Bulger] that for all his money and all his power, he couldn’t save him.”

This, among others, was an element of Bulger’s story that had never really been shown before this film, according to Gray.

“This was a commissioned documentary for Investigation Discovery, which has a predominantly female audience,” said Gray. “So we geared it towards them, and we focused a lot on the women in Bulger’s life.”

Founded in 1996, Investigation Documentary is a television channel that focuses on true-life crime documentaries.

The Bulger documentary, its latest movie, kicks off with a gruesome retelling of one of Bulger’s murders, a partner’s ex-girlfriend who knew sensitive information. He strangled her with his bare hands, then made his partner — the woman’s old lover — pull out her teeth and cut off her fingers to prevent identification.

The film then hurtles through a flurry of narration, re-enactment, and expert interviews, which even Gray admits is “a bit confusing at times.”

“It’s not easy to tell the whole story of Whitey Bulger in 45 minutes,” Gray explained.

The documentary is somewhat different from the usual screenings that are part of Emerson’s Bright Lights series, which, according to programmer Anna Feder, puts on about 30 events a semester, all free and open to the public.

“We don’t show enough made-for-TV,” said Feder. “We do lots of theatrical documentaries. I wanted students to see how this one is cut different, aired different.”

Feder added that part of her goal as programmer is to pick movies “for all of visual and media department, not just the film students.”

The documentary alternates between the human elements of Bulger’s life — how he was abused as a child, how the government experimented on him with LSD in prison (events which haunted him with lifelong insomnia, nightmares, and a nervous disorder known as Bell’s palsy). The film also focuses on Bulger’s relationships with his various lovers, including Cyr — and the hard facts of his criminal life.

True to Gray’s word, the documentary is shown largely through the perspectives of women, many of whom have compelling stories to tell. Patricia Donahue, wife of Michael Donahue, an innocent man who was killed in the crossfire of Bulger’s gang war, recounted the night of the murder.

“Do you know what it’s like to look up and see your husband’s face on the 6 o’clock news?” she asked. “Bulger took away my soulmate. He took away my son’s father.”

Still, somehow, in the face of overwhelming legal evidence and popular opinion, Cyr doesn’t believe that Bulger is truly the monster everyone believes.

She speaks of him gently, even now. She reminiscences about their inside jokes, their date nights, their fights over little things like the babysitter or home renovation. She calls him Jimmy.

One audience member asked if Cyr was glad when he was caught. There was a long pause where she looked up, above the audience’s heads, into the high reaches of the Bright Family Screening Room, as if searching for her answer there.