Going home for the holidays is a privilege 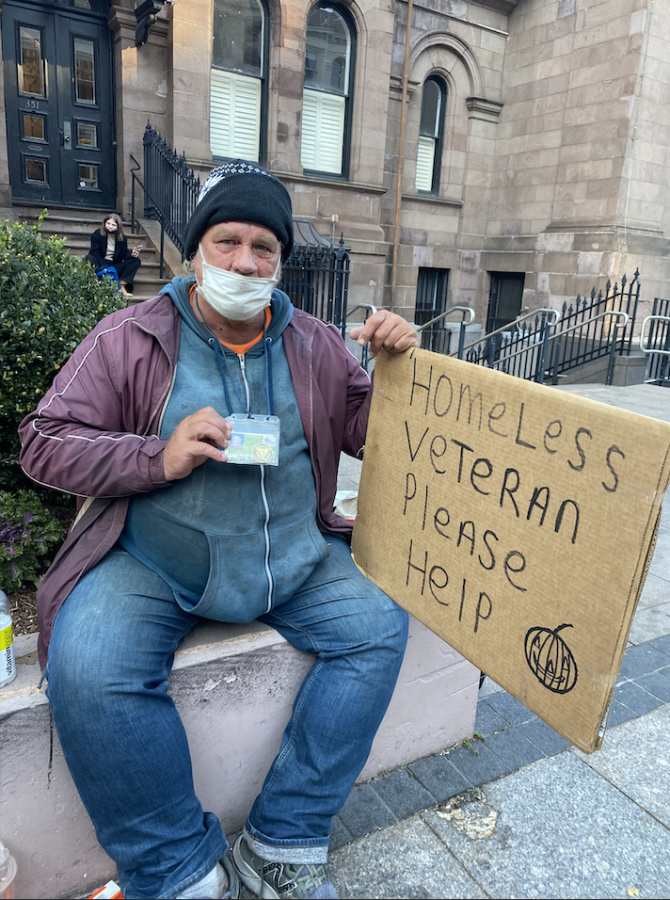 This Thanksgiving, following a pandemic, many of my peers and I were able to experience the warm feeling of being able to go home and take in a semblance of normalcy. For me, that meant spending time with my family and my beagle while stuffing my stomach with turkey. It’s the indescribable sensation of love.

However, it is a privilege to be able to go home for the holidays. Thanksgiving should be seen as an opportunity to not only say thanks, but to also give back. For those who are homeless, like Sedrick Morales, it is considered luck to find a way off of the streets.

“It’s been 22 years since I’ve had a place to go home for a holiday,” Morales said. “Ever since my parents passed away, I just got more involved with drugs and made a lot of mistakes.”

Morales is among the 51 percent of unsheltered homeless individuals who feel lost when it comes to finding a place to go, not only on Thanksgiving, but any other day of the year. We should be trying to distribute food to those who won’t be getting it. In the U.S. alone $293 million in food waste is generated during Thanksgiving.

When his family support system disappeared, life became lonelier for Morales. For people like him, support, even if that means the smallest amount of company, food, or clothing, can go a long way. Especially considering how difficult it can be for unhoused people to find a place to stay. Morales said he doesn’t have a community of people he can rely on.

“Everyone’s wrapped in with drugs and prostitution here,” said Morales. “It’s not a world you can trust. I try to be pretty conservative and to myself.”

Sidewalk Dennis, a homeless sidewalk chalk artist whose work has appeared on Boston Common for over 30 years, describes the isolation as often stemming from a lack of trust.

“You can’t trust anybody,” he said. “It’s sad, but it’s the only way to survive without getting ripped off, without getting anything stolen. Everything is a hustle. Rule number one on the street is never let anyone know where you lay your head at night because it’s more safe that way.”

This constant separation from friends and family creates a longing for a home, especially during the holidays, according to Morales, who describes the feeling as emptiness. The environment for the unhoused is often unsafe, which should make us even more grateful for the safe, comfortable environment we have. Space in shelters has become very limited since the start of the COVID-19 pandemic, and it’s not always easy to find shelters with availability.

Morales is among many individuals displaced as a result of the pandemic. Since March of 2020, the number of sheltered homeless people has decreased, while the number of individuals on the streets has increased by 7 percent.

“I’ve been going to Pine Street Inn and St. Francis House for Thanksgiving but it’s gotten a lot tougher since COVID,” Morales said. “It’s not the same as it was before, and it’s gotten more violent.”

Kenneth, an unhoused veteran who has been sober for 26 years, said that drugs, violence, and theft outweigh the benefits of sleeping at shelters.

To many of us, our home is our safe space, not an environment that encourages interpersonal violence. As college students, we have access to weekly testing, limitless safety equipment, and a warm place to stay. We look forward to coming home, while individuals like Kenneth live in fear each time they step foot into any kind of shelter.

Kenneth, who declined to provide his last name to The Beacon, said his concerns with contracting COVID-19 also paved the way for his decision to brave the harsh winter on Newbury Street. Only 40 percent of the individuals in his veterans home are vaccinated, and those who aren’t, are not testing regularly, he said.

To support people like Kenneth in need of shelter during the holidays, try and volunteer at your local, state, or national housing or homeless advocacy coalition. For the name of the coalition nearest you, see NCHs Directory of National Housing and Homeless Organizations.

Olu Wasanmi, a front desk worker at Pine Street Inn on Harrison Ave, talked about the wave of shock that the shelter experienced during the pandemic, which led to more restrictions and limitations.

Holidays like Thanksgiving used to be something that even the workers and volunteers looked forward to.

“We used to host a huge gathering [for Thanksgiving],” said Wasanmi. “There would be so much food, like turkey, stuffing—everything you can think of. The whole community was welcome. Even the mayor would come and celebrate.”

Though the shelter is slowly returning back to normal, it’s important to note that for the majority of this pandemic, those who relied on these shelters during the holidays were left to fend for themselves.

If you have the privilege of going home to a family for Thanksgiving, be grateful, because it is something special that we may long for one day.

Thanksgiving is a time to be present and to soak in the love from your family, but it’s also an opportunity to bring together people who don’t share that sense of community.

It is important that we don’t stereotype groups of common populations, like the unhoused, because false perceptions shield us away from the humanity within each soul. Everyone has a different story, no matter how lustful, and it is important that we recognize the people within communities as individuals. Evolving our implicit bias through education is only a starting point.

If you want to use your resources to give back this holiday season, volunteer at a shelter over break, donate some cans to a soup kitchen, or even call up your friend who doesn’t have a place to stay. The possibilities to make someone’s holiday great are endless, and it all begins with action.

“There was a couple out here at one point that would take me out to Copley Square and take me out to dinner every once in a while,” said Kenneth. “It gave me a sense of hope when I really needed it.”

For more information on how to help, check out the Pine Street website, along with St. Francis House