The Berkeley Beacon • May 30, 2020 • https://berkeleybeacon.com/graduate-student-uses-queer-narratives-to-retell-robin-hood-in-new-novel/ 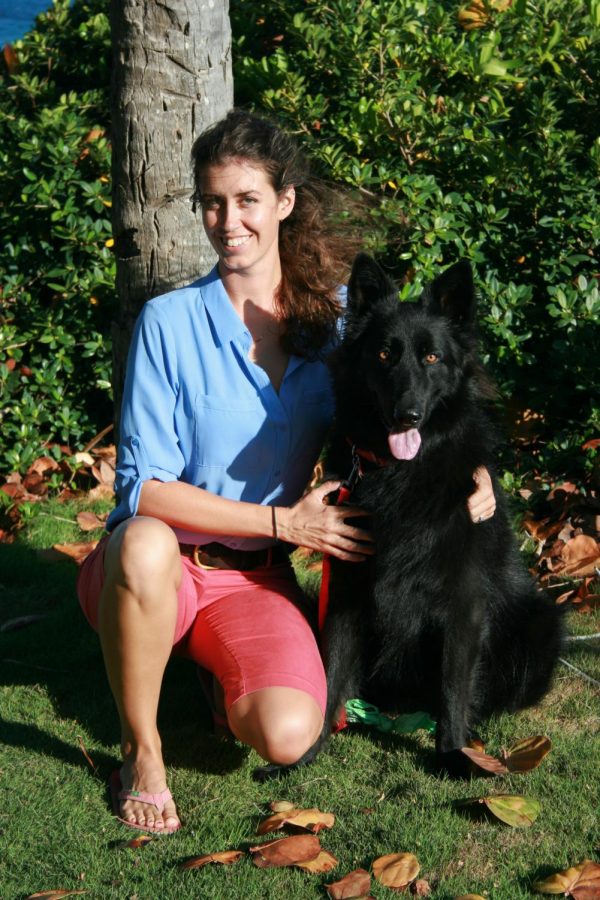 Anna Burke, first year MFA student and professor at Emerson, was surrounded by feminist fairy tales like Beauty and the Beast when growing up in the late ‘90s and early 2000s. Years later, now as a published author, Burke has put out another novel titled Nottingham, a queer retelling of one of her favorite folk tales as a child: Robin Hood.

“I was obsessed with the Disney version where they were all foxes,” Burke said in a phone interview from Massachusetts. “I did want to explore sort of how women during the 11th and 12th centuries might have found ways to live more authentic lives within the constructs of society at the time.”

Nottingham, which was published on Jan. 21, explores trans and queer narratives and relationships during the 11th and 12th centuries, retelling the folktale of Robin Hood. Burke began writing the novel in 2014 as her first project and rewrote the book at least four times before publishing the final manuscript with Bywater Books, a publishing house that focuses on queer literature, located in Ann Arbor, Michigan.

“It was a story that was really important to me, but didn’t really come together in a way that was publishable for quite a few years because it was the first thing I tried to write,” Burke said.

In addition to Nottingham, Burke has published two other novels, Thorn and Compass Rose. Thorn, published on Jan. 29, 2019, is another folktale retelling of Beauty and the Beast. Compass Rose, published in July 2018, is a science fiction dystopian novel.

Burke said it takes between two to four years to finish her novels, from the inception to the finished product.

“I like to have a couple products going at once in different stages of production,” Burke said. “I’ll have a project that has a contract and a deadline and then there may be a sequel that I’m sort of working on after that or two sort of other ideas that I’m beginning to flesh out.”

“The thing that’s consistent is her beautiful, lyrical way with words,” Spangler said in a phone interview. “She has an almost poetry to even the mundane scenes.”

The ideas and themes for her books are often inspired by her dogs, Artemis and Face, Burke said.

“A lot of ideas come when I’m picking up dog poop,” Burke said. “I’ll be walking my dog or waiting for my dog and I’m like thinking, ‘Oh well, that’s it.’”

Burke pitched her manuscript to Bywater Books after one of its board members encouraged her, during a Golden Crown Literary Society writing program in July 2016. She said that she’ll pitch an idea to them and if they are interested, she’ll add the idea to her list of projects.

Burke graduated from Smith College in 2012 with a degree in English Literature and Studio Art. Before becoming an author, Burke worked in agriculture, where she suffered from a farming accident that kept her away from her job for six months. She then decided to turn to freelance writing to support herself in 2015.

“At that point, I began to freelance articles full time and then, when I realized that there are ways to make a living as a writer, that triggered something and then I ended up deciding that I wanted to try,” Burke said.

In addition to freelancing, Burke has been teaching at Emerson’s writing studies program since 2019.

Salem West, publisher and editor-in-chief of Bywater Books, said she believes Burke might become a mainstream author one day.

“She’s a very talented writer,” West said in an interview from North Carolina. “And what you’re seeing with Nottingham is you’re really seeing a true LGBT+ novel where the characters are clear, but it also has a touch of feminist theme to it, which I think is wonderful to be seeing something so powerful coming out of a young woman who, you know, has grown in a different time than myself.”

Spindrift, is Burke’s next novel, set to be released in August. The novel is Burke’s first romance book and the first of a three-part series about a group of queer veterinarians.

“She’s moving into a modern romance series that I think is going to blow people’s minds,” Spangler said. “Romance has a much bigger audience for it in general so a lot of people who may shy away from sci-fi fantasy are going to get their first real look at what she can do with characters.”