Greek life, or at least a few months 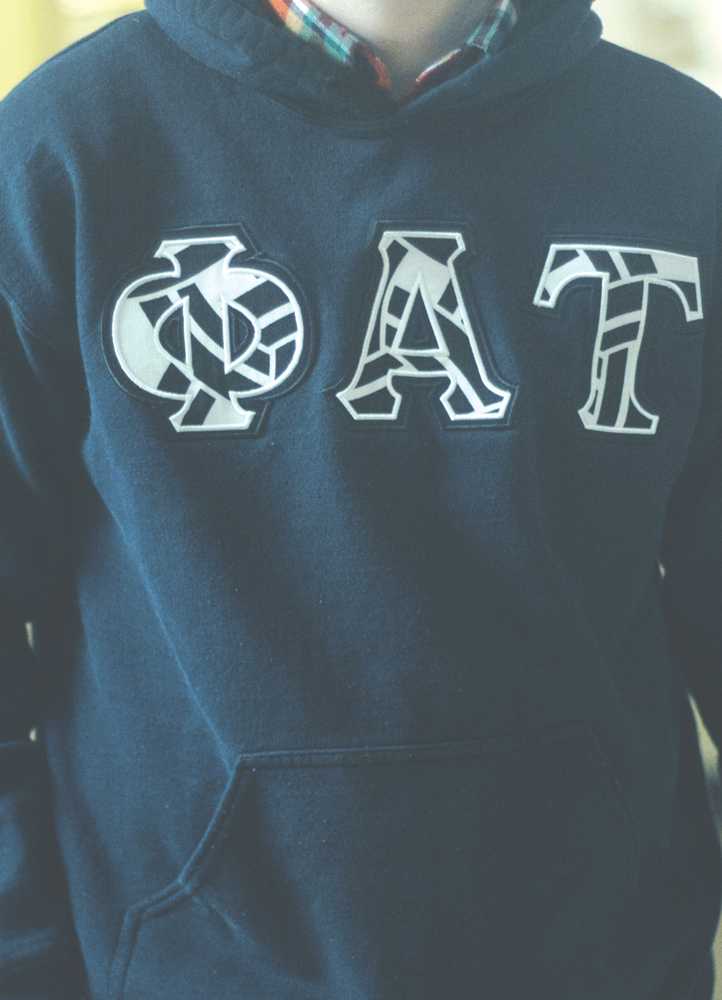 Over the course of eight weeks in the fall of 2010, Ernesto Bustillos dedicated on average 15 hours a week to pledge Sigma Alpha Epsilon.

But by the spring of 2012, he had entirely stopped paying dues to the fraternity and attending meetings.

“When you’re young you just want to fit in,” he said, “and then when you’re older, when the system is working for you already, you don’t have to have anyone’s approval.”

As some students prepare to take midterms, others are readying themselves for a different kind of examination — whether they are a fit for Greek life. This period of time follows a bid — essentially a way to expose new members to the “traditions, creed, and functions of the Greek organization, while giving pledges opportunities to get to know brothers/sisters,” according to former writing, literature, and publishing major and former SAE President, Alex Whitney.

And Emerson certainly isn’t at deficit for noticeable pledges: the hopeful Kappas in their formal wear with carnations pinned to their blazer’s right breast pocket; the soon-to-be Taus dapper in their blue and black blazers; and almost-AEPhis clad in green and pink, sans makeup.

Despite these conspicuous announcements of allegiance, some students in sororities and fraternities stray from the fold. At a place like Emerson, every student balances commitments. Greek life, however, is supposed to be more than just another extracurricular activity — it is meant to foster lifelong relationships. Why, after putting in the time and energy necessary to land these connections, would someone leave Greek life behind?

Some, like former AEPhi member Crystal Yuen, take on other extracurricular activities, and eventually are unable to find the time necessary to be an active member of their brotherhood or sisterhood.

“I was in EmMag, YourMag, Fashion Society, and WECB,” said the senior communication studies major, who left the sorority after two semesters. “I found more interest in those organizations than AEPhi, and if I’m going to pay dues, I need something out of it,” Yuen said with a slight laugh. “Like at USC, you pay thousands of dollars in dues, but you have a house and you have everything that comes with it.”

Though the dues change each year, members of AEPhi currently pay over $200 per semester to the sorority, according to junior marketing communication major and AEPhi member Laurel Heenan.

“80 dollars goes towards nationals,” she said. “The rest is budgeted accordingly by the vice president of finance and the president for each semester. Primarily used for sister programming events.”

But dues were not the only reason Yuen left the sorority.

“I didn’t feel the need to go to all the meetings that everyone was dreading and not excited about,” she said. “I met an outside group of friends and AEPhi became very drama, and pristine, and people judged each other.”

Josh Grossman, a former SAE member and visual and media arts major who graduated in 2013, disaffiliated in the spring of his sophomore year, after having been active for two semesters, because he wanted to focus more on film.

“When I was there, there weren’t many film kids in SAE,” said Grossman, “and freshman year I definitely enjoyed the guys I was with and I wasn’t as focused on my major, but then I went to the castle, came back, and definitely wanted to play catch up to my friends outside the fraternity who were progressing in film.”

For Grossman, SAE enabled him to create the crucial freshman year friendships, but did little to prepare him for his career.

Similarly, Bustillos, a senior political communication major, disaffiliated from SAE in the spring of his sophomore year in hopes of breaking away from its fun but perhaps distracting social scene.

Although it is no shock that students in fraternities consume alcohol, as students across all organizations do — according to the National Institute on Alcohol Abuse and Alcoholism, about four out of five college students drink alcohol, and about half of students who drink also consume alcohol through binge drinking — for Bustillos, witnessing the effects of alcohol on minors became uncomfortable and, ultimately, one of the reasons he chose to leave.

“The reason I chose to get involved [with SAE] was very similar to one of the reasons I left,” he said. “When I joined I was young, underage, and I wanted to go to parties and drink. … But when I was 21, and I started seeing 17-year-old kids get really sick, it was an uncomfortable thing.”

Jason Meier contends that since Grossman and Bustillos’ stints in SAE, Greek life at Emerson has changed. In January of 2011, Meier was brought to Emerson to serve as director of student activities, a role actively involved in the instruction of all Emerson sororities and fraternities.

Having worked as assistant director of student involvement at the University of Alabama, Meier came to Emerson with experience in giving Greek life more structure. Since being at Emerson, Meier said he has witnessed its sisterhoods and brotherhoods become “more focused on service and academics than social.”

According to Meier, disaffiliation has decreased — most notably from four in 2012 to zero reported since fall 2013.

However, according to Yuen, many disaffiliations often go unrecorded because the students simply cease to show up to meetings and pay dues rather than to formally disaffiliate.

“People in the sorority just stopped going and that’s what made me feel like I could stop going,” she said.

Since coming to Emerson, Meier said he recognized a need to “formalize a structure in all of [Emerson’s] chapters and keep chapters thriving.” Ultimately, he wants a Greek life less concerned with social opportunity and more with professional and leadership opportunity.

Meier believes that one of the biggest changes in Emerson’s Greek life has been “empowering leaders to know they have a powerful role on campus and therefore taking themselves more seriously.”

But despite the alleged restructure and improvement, Meier does believe there is more to be done with the sisterhoods and brotherhoods at Emerson.

“[Students] still need to find a balance,” he said, “between being involved enough and too involved.”

To at least one disillusioned former Greek, Meier’s methods have shown some results.

“Emerson Greeks used to be anything flies: hazing, drinking,” said Bustillos, “but it’s different now, or at least it seems that way from outside.”