Harassment of journalists in Kashmir is getting worse every day 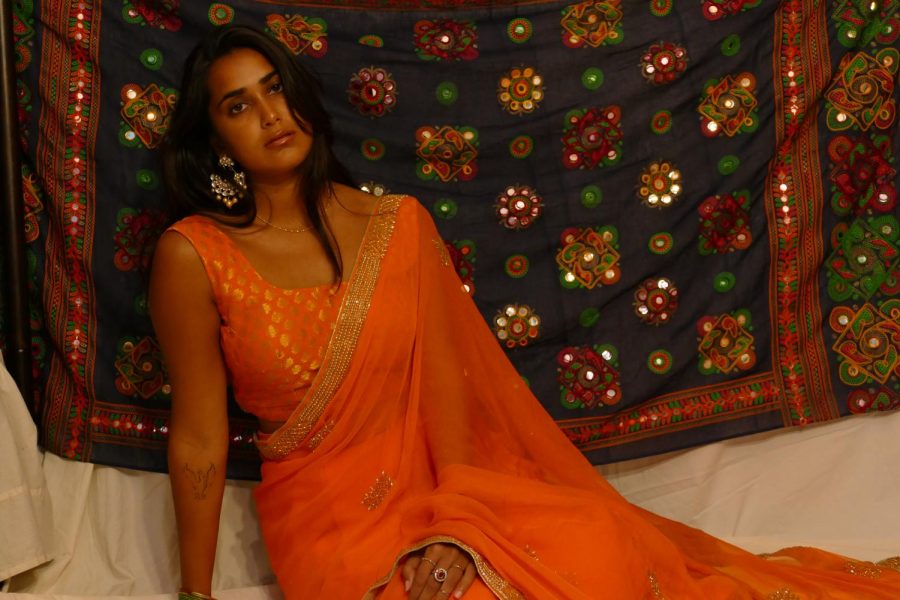 It is a journalist’s job to inform the public, but at this point they’ve become Bharatiya Janata Party’s puppets. The government is instilling fear in journalists so they don’t expose officials’ actions, like mistreating residents of Kashmir, killing Pakistani officials, and more.

Since BJP came into power in 2014, journalistic freedom in India has been on the decline.

As authoritarianism invades India, journalists in Kashmir face anti-terror laws like the Unlawful Activities Prevention Act and the Public Safety Act. Any media that is against the government is taken down and its reporters taken into custody.

India’s government has put journalists and terrorists on the same playing field.

The concept of “freedom of expression” is stripped away from journalists in Kashmir as their basic human rights are discarded by the police. Some are being summoned for interrogation and others are being beaten at protests.

Kashmir’s police said, “freedom of speech and expression is subject to reasonable restrictions.” They demand media personnel to not interfere with the officers’ duties when law and order is being “maintained.” According to India’s government, national security is put at risk when journalists do their job, jargon similar to what is used for terrorists.

These policies have led reporters to be treated with as much cruelty as criminals by the military.

It’s the neverending Hindu-Muslim battle in India that fuels the country’s authorities and government to treat Muslims as horribly as they can, hence the hundreds of attacks on Muslim journalists. If the journalists were Hindu, they wouldn’t fear for their life. Many Pakistani militants inhabit Kashmir, because of the war between India and Pakistan, which allows the army and police to falsely label Muslims as militant sympathizers, among other accusations.

In April 2021, journalists went to cover a gunfight between residents and security forces only to be assaulted by the forces. One of the photojournalists is seen being kicked by a police constable. To list all the instances like this would need an article in itself.

Since Feb. 19, 1990, 19 journalists have been killed at the hands of militants, paramilitary forces, state police, and Indian Armed Forces. Many were shot, some were tortured to death, some were bombed, and some were drowned.

In 2016, photojournalist Muneeb Ul Islam was used as a human shield for the Central Reserve Police Force as people were pelting stones at them. In 2018, journalist Aasif Sultan was arrested and kept in jail for more than 1,000 days until his release in 2021. He was kept under UAPA for allegedly harboring militants and committing murder. In reality, Sultan was arrested for his magazine story titled “The Rise of Burhan” about a rebel commander who was killed by Indian security forces.

Photojournalist Masrat Zahra was also charged under UAPA in April 2020 for posting “anti-national” content on social media. In September 2020, journalist Auqib Javeed was slapped in a police station for working on a story about police intimidation, and three other journalists were beaten up while on duty in southern Kashmir. On Sept. 8, 2021, police raided four journalists’ homes and seized documents and electronic devices. The journalists were brought to the police station and detained the whole day. There was no stated reason for the raids.

One major thing you’ll notice about all of these names—they’re all of Muslim origin. More than 90 percent of Kashmir’s population is Muslim and has been since before the India-Pakistan partition in 1947. Since the partition, India and Pakistan have been fighting over who gets the Kashmir region, which is why the last maharaja (king) of Kashmir—Hari Sing—signed Article 370 in October 1947 to grant the state its independence.

This power-driven, inhumane treatment of journalists is not where the Indian government has drawn the line.

On Aug. 5, 2019, the Indian government repealed Article 370 of the Constitution and stripped Kashmir of its right to self-govern. Kashmir now cannot have its own constitution, flag, or independence, and it was all done to please the incredibly small Hindu population of the region. Even more disturbing was how in anticipation of protests and violence, the government shut down the internet and communication at 12 a.m. on Aug. 5, crippling news flow in Kashmir. High-speed internet was finally restored on Feb. 5, 2021, a full year and a half later.

Following this ridiculous government intervention, journalism in Kashmir has lost its purpose and is now paralyzed by fear and self-censorship.

A prominent consequence of the revocation of Kashmir’s autonomy was newspapers’ tendency to avoid publishing any content unfavorable to the government. Publications were forced to report “conservatively” and censor their work so as to not anger the beast—the government. Over the decades, the press maintained consistent coverage of what was happening in Kashmir, but following the abrogation, everything changed.

The Indian government has complete control over what is reported to their people and the outside world. If they don’t like what they see or read, the reporter is punished. It has come to the point where journalists are aware of the risks that come with reporting, and they can do nothing but accept the harassment.

Kashmir as a whole is incredibly unsafe because of the heavy military and militant presence as the war between Pakistan and India continues, however it is especially unsafe for women.

Gender-focused harassment and abuse is an intrinsic part of a female journalist’s routine, especially amongst all the armed men who enjoy impunity under the Armed Forces Special Powers Act. This act allows them to do whatever they want with whomever they want, with no fear of consequences, according to The Polis Project.

Being a female journalist in Kashmir is already difficult without fearing for your life because of the conservative society that doesn’t happily condone women in journalism. Families don’t love women being out of the house and on the frontlines of violence—that’s a man’s job, apparently.

Islam being the ruling religion of Kashmir adds gas to the patriarchal fire. Kashmir’s society is not only historically sexist but religiously too, as Muslim women are especially told to stay in their homes.

In September 2019, police officers violently struck their batons on journalist Rifat Mohidin’s car and hurled abuses at her as she sat inside crying, and all because she asked the policemen to be polite. Mohidin feared telling her family what she endured, because they wouldn’t allow her to continue her job. Many watched but did not help her because of the horrendous stories they had heard of the army’s wrath. There are many more stories like this and worse.

The fear of abduction and sexual assault are probable risks for female journalists in Kashmir, and they know that but continue to do their job. They continue to go out late at night to cover dangerous events, and encounter security forces and militants who are surprised, then excited, to see a woman out at that time. But what are women supposed to do? Just sit at home and let men be men? Forget about the careers that they work hard for?

The majority of journalists in America are white, just as the majority of journalists in Kashmir are Muslim, but the treatment of each majority is drastically different. Most white journalists in America write from the comfort of their homes or cubicles on their MacBooks with a delicious salad or sandwich and coffee. Muslim journalists in Kashmir have to trudge to government facilities where there’s barely-working internet and 18th century computers to file stories that they’ll most likely be reprimanded for unless it’s about something like the beautiful tourist location of Kashmir. They are framed for anti-national activities they never participated in, thrown in jail, and tortured in detention facilities meant for terrorists.

After the revocation of Article 370, there was a small media facility set up by the government that had four computers—one for the information department, two for male journalists, and one for female journalists. After waiting in line for hours, reporters would get 15 minutes to do their work. This led many journalists to leave Kashmir and their families for Delhi—an almost 14-hour car ride—just to do their jobs.

Under a revised media policy that was put in motion on June 2, 2020, a committee titled the Chairpersonship of Director Department of Information and Public Relations is now in charge of monitoring print, electronic, and other forms of media. While DIPR is meant to thwart fake news, plagiarism and unethical or anti-national propaganda, journalists are concerned about how the policy can be manipulated to use against reporters.

Any news can be labeled fake news, giving authorities the green light to interrogate and arrest journalists. Authorities have no shame when it comes to treating journalists improperly. They are unremorsefully barging into peoples’ homes, torturing them and throwing them in detentions.

Overwhelmed by fear of authorities and the government, journalists are fleeing Kashmir, their homes, and their families to protect themselves. So much for freedom of the press.