The Berkeley Beacon • May 11, 2020 • https://berkeleybeacon.com/head-over-feels-the-story-doesnt-end-here/ 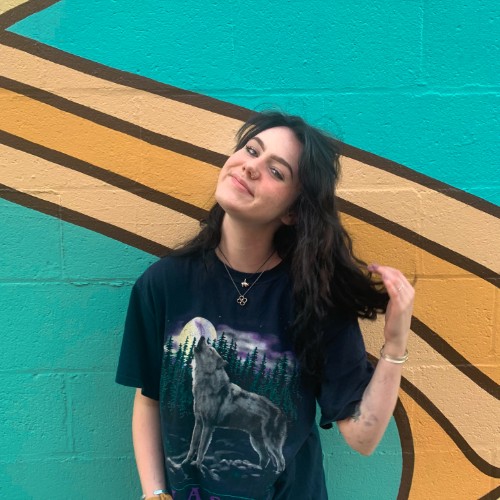 One Wednesday during the first semester of my sophomore year, my boyfriend at the time broke up with me at approximately 5:30 p.m. I had a Beacon production meeting at 6 p.m. So, I pulled myself together, and by that I mean I showed up to our old basement office late, sobbing, and sporting mascara and snot streaks all over my face. After asking me what was wrong, the Living Arts editor at the time proposed I write about my breakup—we needed a love columnist anyway. So I did. And through my time at the Beacon, I wrote seven more after that first one.

Almost two full years later, I realize that picking up this column was one of the best things I did in college, both for myself as a writer and as an evolving person. What started as an untitled 2,000-word mess of emotions about long distance relationships became my first real opinion article—not without a former managing editor tearing it to shreds in the process. I learned how to turn the sentimental junk inside my head into something worth writing down and worth others reading.

Writing about my dating life over the past two years has forced me to think critically about it. When I sit down to write a column, I only do so after much introspection of my thoughts and actions. I’d never reflected so deeply on myself and my connection to others before I started writing these articles. When I penned the first column about my breakup, I couldn’t publicly wallow in self-pity—that would be embarrassing. I had to write something meaningful. I had to put my experiences into perspectives suitable for an audience. It took some getting used to, but I think I finally got the hang of it.

Writing in a column format allowed me to step outside of my own tribulations through life and peer in as an objective outsider. I could take my experiences and rationalize them into publishable prose, which allowed me to understand my feelings and how to relate them to a broader message. I’ve always been an emotional person, and I formerly saw that as a weakness. But this column showed me it’s one of my greatest strengths; I now own my sensitivity enough to turn it into work I’m proud of. I probably never would have learned to do that without this column.

On the off-chance you’ve read every installation of “Head Over Feels” over the past two years, you’ve seen me explore everything from pretty significant life events—like healing from my own sexual trauma—to less significant topics, like being ghosted by someone freshman year. I’ve reckoned with my sexuality on the pages of this paper. I’ve discussed my mental health in relation to dating. I’ve delved into the bounds of online dating and hookup culture.

While writing, I did research about all of these topics, learning more about my own person in the process. When I started looking into how mental illness affects relationships, I stopped feeling crazy for things I’d done in the past. When I read others’ reports of finding peace in music during trauma, I felt empowered. The Beacon gave my words a platform so they might provide the same sense of solace to others in similar boats—and for that, I’m grateful.

I’m graduating in a month and realize now I may never have the freedom and trust to publish work like this again for a long while. I thought the breakup I wrote about in my first column would ruin me. Surprise! It didn’t. It gave me an outlet to process my feelings, and through that, I realized how cathartic writing can be. So it didn’t ruin me. Actually, it did pretty much the opposite.

I think the concept of catharsis is overused in this age that’s obsessed with self care—and now I’m part of the reason why—but don’t let that dull how important it is to get feelings out. Whether it’s writing, creating art, cooking, or anything outside or in between, there’s something healing about digging deep into your emotional chasms and pulling out whatever you can find. It doesn’t need to be shared with anyone; mine only were because that’s the nature of a newspaper. It’s for the soul above all else.

As I leave my time at The Beacon behind, I’ll keep writing about these ideas. I’ll keep instinctively opening a Google Doc every time I need to jot something down to feel better. Emotions aren’t meant to be bottled up—they’re meant to be expressed, even if it’s just in the pages of a journal no one else will ever read. Along with the professional experiences and close friends I’ve made along the way, coming to terms with my own emotional makeup is a gift this paper gave me I’ll cherish forever.