The Berkeley Beacon • May 6, 2015 • https://berkeleybeacon.com/hellos-goodbyes-and-ghibli/ 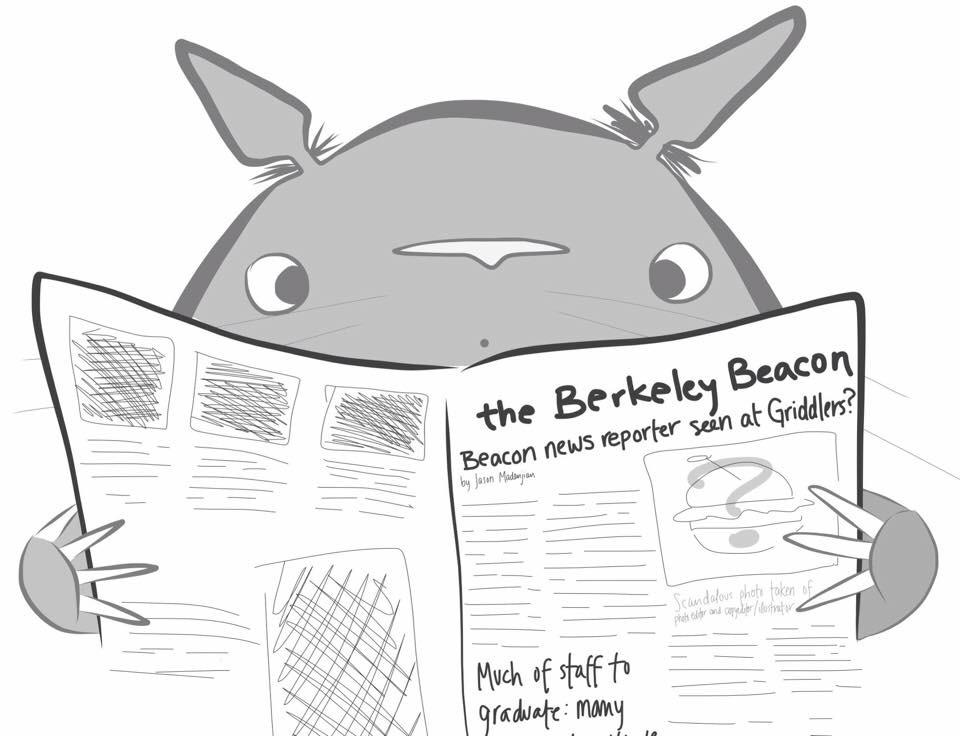 Weeks from my own college graduation, I recently saw the stunning The Tale Of The Princess Kaguya, the latest (and perhaps greatest) film from the revered animation company Studio Ghibli. Princess Kaguya, released late last year but just recently debuting on home video,is the highlight of my journey thus far with Ghibli’s catalogue, which started four years ago here, at Emerson.

Founded in 1985, Studio Ghibli’s animated films have proven to be successful worldwide with their enchanting stories and exquisite animation. However, things are beginning to look grim for the company. Production on Ghibli’s feature films are arduously long and very costly due to the company’s dedication to hand-drawn animation. The Japanese studio is also facing stiffer competition from stateside companies like Walt Disney Animation and Dreamworks Animation, which both prove to be more compatible with today’s mainstream audiences thanks to their computer-generated animation.

Not too long ago, I was part of the misinformed demographic that turned away from the more classical approach of Studio Ghibli’s work. If middle school taught me one thing, it was to be embarrassed by my passions, namely “cartoons,” a term with a childish, and therefore negative, connotation. I was told—and foolishly agreed—that animated movies were for little kids. And so I, the boy who wore out his Toy Story 2 videocassette, bid farewell to indulging his cinematic sweet tooth.

It was only when fate brought me to the 11th floor of the Little Building in the fall of 2011 that my soul was awoken and I rediscovered my love for animated movies. Thanks to my friends’ introduction, Studio Ghibli and its plethora of fantastical, humanizing films that wonderfully portray the greatness and flaws that lie inside of all of us, became my new obsession. Today, I believe the company’s collective body of work may be the most essential viewing in all of cinema’s over-100-year output.

My first foray into the world of Hayao Miyazaki, the co-founder of Studio Ghibli and the director of many of its films, came courtesy of his 2001 effort Spirited Away. Arguably the most critically acclaimed of all the studio’s projects, Spirited Away is the Ghibli production that will always hold the most meaning in my heart. The film follows Chihiro, a mildly depressed 10-year-old girl who moves to a new neighborhood. Like me, she was in a very unnerving state of transition. Then, something both wonderful and terrifying happens: Chihiro enters the spirit world, separated from everything she knew. Spirited Away, released in the U.S. in 2001,is a rather unique and supernatural entry into the coming-of-age genre. And I was entranced the entire time.

Soon after, my friends and I dug into the studio’s other works, including My Neighbor Totoro, Castle in the Sky, Princess Mononoke and Howl’s Moving Castle.

Each film possesses a magical, lyrical quality and quickly proved to be the perfect bedtime story for a budding adult like myself. They taught me to see the world in a different light—much more mystical, much more wacky. Studio Ghibli’s films showed me that life is something serious that one shouldn’t take too seriously. Although Chihiro’s journey into the unknown and intimidating spirit world proves harrowing at first, she eventually finds her place and excels. I’d like to think my narrative at Emerson went the same way. Chihiro even takes things one step further by changing the spirit world for the better, a plot development I think separates the film from a more cynical take of a lost girl being corrupted by her new environment.

The Tale Of The Princess Kaguya, on the other hand,is all about the life unlived. Or rather, the life you weren’t allowed to live. Animated with a watercolor aesthetic, Princess Kaguya follows the titular girl, who was born to this Earth a happy peasant. Soon, however, her rapid aging—along with her ability to mysteriously materialize gold—proves that she is no ordinary girl, and so her eager father whisks the family off to a palace to call their own, leaving behind her true love, Sutemaru.

The years pass by and Princess Kaguya remains unhappy with her new life, which goes against her more primal desires. To somewhat spoil the ending, Princess Kaguya and Sutemaru are reunited years later but do not end up together. It’s a pretty tragic ending to a quietly sad story.

From that, there are two big takeaways. The first is that there are forces in your life that will never let you be truly happy. And the second is that it’s up to you to circumvent those forces before it’s too late. With graduation looming closer, my friends and I are beginning to feel anxious about our future, and a debate has sparked over whether paying all this money for college was even worth it. Here, Princess Kaguya provides a comforting thought: It’s now up to me to make this experience meaningful and worthwhile.

And so, just as Spirited Away gave me the tools to cope with the beginning of my college journey, I find The Tale Of The Princess Kaguya perfectly bookends my Emerson experience. Much of my next chapter in life remains unknown. But armed with the lessons of these films, the astounding joy and dark hardships that likely lie ahead are no longer so daunting.