Hillary has her flaws, but she’s equality’s best bet 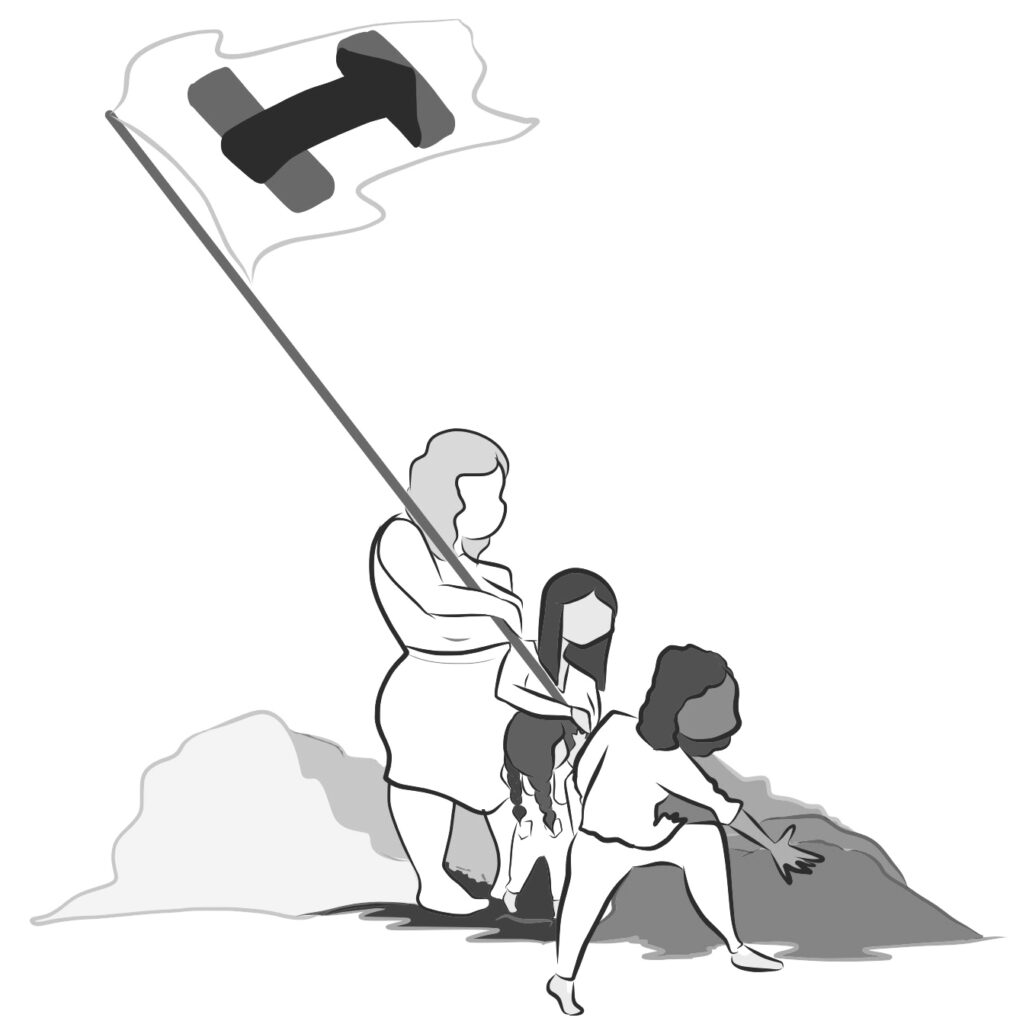 I need you to win this, Hillary. I realize that is partially out of your control, but I need you to keep your head up and campaign vigorously till the very end. Don’t allow your critics to deter you or weaken your will to fight. You know why you are doing this. You know that women and minority groups need you to become the first female president of the United States of America.

Her comparison seems fitting in retrospect. People who apply to be astronauts have a 0.13 percent chance of being selected, according to a 2013 USA Today article. Based on the number of female presidents, I had a zero percent chance. At the time, I thought my teacher was out of her mind for comparing my dream of being a leader to my classmate’s dream of exploring in outer space. It turns out that she was teaching me a lesson I was too hopeful to understand.

The progress in protecting and enhancing the lives of women has been slow, but there is a history of important victories. In the U.S., women have obtained the right to vote, the right to run for public office, and the right to obtain safe contraceptives and abortions. However, some of these rights are steadily being stripped away. Perhaps the most startling example involves limitations on abortion, which was legalized in 1973. Reports from the National Women’s Law Center show that in 2014, 15 states adopted 26 new restrictions that diminish access to abortion. That’s not to mention the legislation passed in states that added insurance requirements, delay requirements, and strict demands on close hospital proximity.

Women are constantly disenfranchised by a power system that diminishes our strengths, casts doubt on reputations, and makes it difficult to develop and hold onto credibility. The number of female leaders around the globe suggest that there is a type of gender discrimination in the U.S. that hasn’t been addressed by current and previous administrations. By 2012, 50 other countries had elected a female head of state or government at least once in their history. Switzerland has elected five female presidents. Spain has “equality laws” mandating that political parties maintain a balanced gender ratio. In contrast, the U.S. Congress is only 20 percent women, while women make up over half the country’s population.

These striking statistics only reveal a small part of the systematic gender discrimination in our nation. Populations of trans men and women, pangender citizens, gender-fluid citizens, or any other genders that fall outside the binary, are so poorly represented in public offices that they are hardly represented at all. As of 2012, only six citizens identifying as transgender had ever been elected to public positions in the U.S.. Having only six representatives for a population pushing one million in the country is ridiculous.

Having a female president would catapult America into a new era of gender politics, conversation, and equality. A woman in this position could help open the eyes of citizens ignorant to gender discrimination. To have a female president could empower young women leaders in a way that hasn’t been done before. Clinton will also be able to appoint ambassadors, members of the Supreme Court, and cabinet secretaries. It’s likely that she will use these opportunities to appoint other women and oppressed groups. Her election could also lead to a snowball effect of change. If a woman is elected president, a member of another disenfranchised minority that has been blocked from power could be next.

Perhaps most aptly, Clinton demonstrates that we have progress to make, even within the dialogue of feminism. Media outlets like Racism Review have termed Clinton’s philosophy “white feminism,” an exclusionary form that doesn’t take into account the races and identities of all women in this world. Nor does it account for the various issues many different women still need addressed. When Clinton lobbied to shrink federal assistance and pursue the war on drugs, she  showed little consideration for the disproportionate amount of black Americans that suffer from these issues due to systematic racism. Though Clinton has her strengths, she still needs to learn more about how to improve the lives of all women, since her experience as a white, wealthy woman is not universal.

Hillary, you cannot give up. I need a woman president. I want to have a daughter one day who can live in a world where it is more likely that she will become president than an intergalactic traveler. I want to live in a country where the people who create legislation look like and understand the full expanse of the population. Imagine that—a world where our government actually reflected the governed.