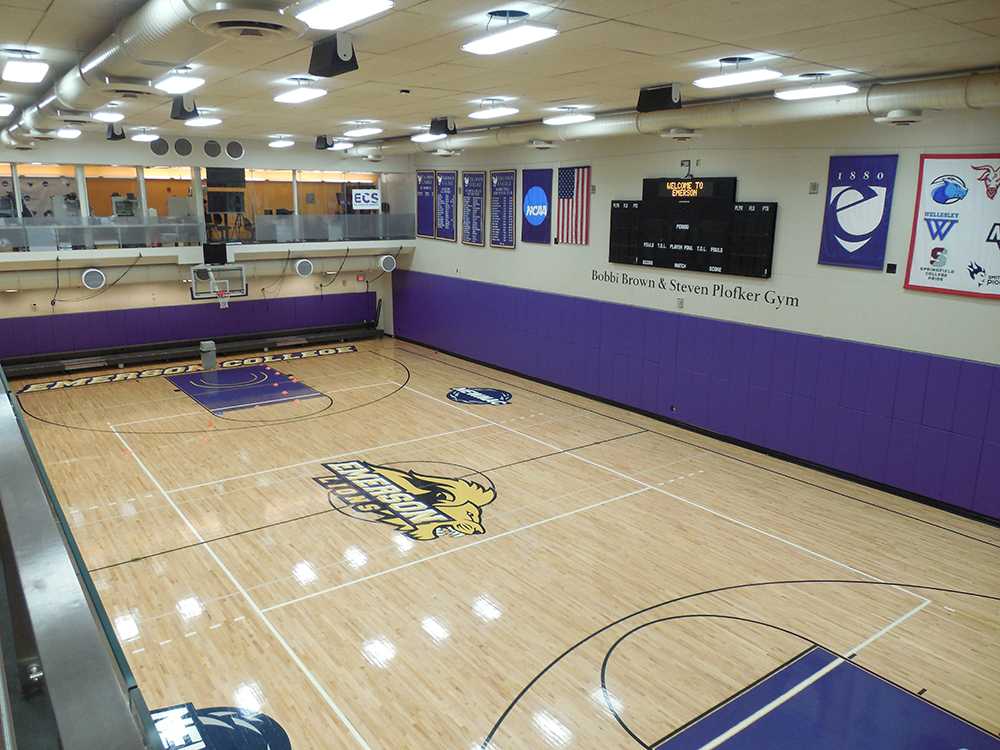 All Emerson athletics home games will be moved to away locations this week due to flooding in the Bobbi Brown and Steven Plofker Gym, said Matt Ulrich, athletics’ director of media relations and game operations.

The flooding stems from an accident during an indoor baseball practice— a ball hit a sprinkler.

Ulrich said there is nothing visibly wrong with the court’s surface, but inspectors will be checking under the boards for water damage. The floor might have to be resanded and repainted, he said.

Wednesday’s men’s basketball game against Coast Guard was moved to the Bears’ home court in New London, Connecticut. The women’s game, scheduled for the same day, was played at Babson in Wellesley, Massachusetts. Thursday’s men’s volleyball game versus Dean College was scheduled to take place in Franklin, Massachusetts at Dean, but has instead been canceled due to forecasted snow.