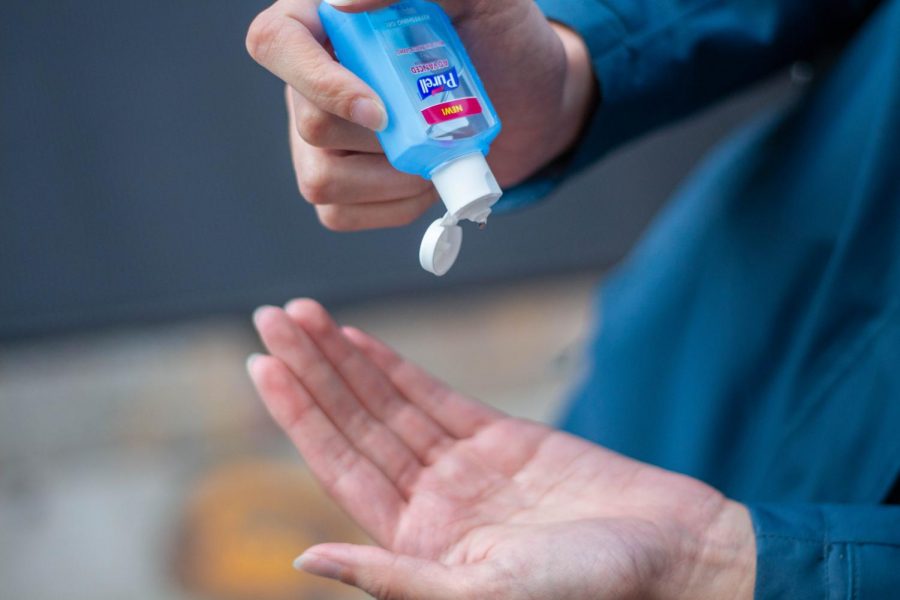 By Andrew Brinker and Parker Purifoy

In a packed press conference Tuesday afternoon, Gov. Charlie Baker declared a state of emergency in Massachusetts and announced that cases of COVID-19, commonly known as coronavirus, had doubled since Monday.

Within hours, colleges and universities around the commonwealth released unprecedented plans of action to contain the spread of the virus. Emerson joined them, announcing a move to remote instruction after a one-week break and giving students the option to move out of dorms.

As of Wednesday, there are 95 total cases in the state. Six people have been hospitalized but no one has died of the virus so far. Suffolk County has reported 19 cases. Two Harvard students are being tested for COVID-19.

More than 125,000 people in over 100 countries have been infected with COVID-19 and more than 4,500 have died, including 28 in the U.S., according to a COVID-19 tracker created by the Center for Systems Science and Engineering at John Hopkins University.

On Wednesday, the World Health Organization declared the virus a pandemic.

All in-person classes will end on March 13 and for the following week—March 16 to 20—there will be no formally scheduled classes, according to a statement from President M. Lee Pelton.

Pelton said the break would allow faculty and staff to develop plans for facilitating the rest of the semester.

“Because a significant amount of learning at Emerson is highly experiential, this transition week will give faculty and staff sufficient time and resources to develop a new online learning environment,” he said.

What this new online learning experience will look like is still unclear. Some professors have expressed intentions to use the video conference service, Zoom.

A great deal of uncertainty surrounds performing arts and production-based classes, where the variety of work done is hands-on.

Pelton said in a phone interview Wednesday afternoon that the college is actively workshopping the formatting for those classes.

“The answer to how we will be able to replicate the experiential classroom or studio experience into a remote learning experience is evolving,” he said. “And I don’t have an answer today. But I do know that the Provost is working with deans and chairs and faculty to move forward in a way that will provide students enrolled in experiential learning class to have the best educational experience that they could possibly have in a remote learning environment.”

Provost and Vice President for Academic Affairs Michaele Whelan could not be reached for comment Wednesday.

The campus in Boston is set to remain open for the remainder of the spring semester and students can make the decision for themselves about whether they would like to move home or stay in on-campus housing.

The Office of Housing and Residential Education emailed Resident Assistants to gauge how many will be leaving campus. Those who choose to stay will continue to serve as RAs.

The Dining Center will remain open for those who stay on campus but some services might be curtailed. It is unclear to what extent dining services will be interrupted. The college has not given updates about what will happen to other dining options like the Max Cafe and the Paramount Cafe. General Manager of Dining and Catering Services Dawn Sajdyk could not be reached for comment Wednesday.

As of Wednesday night, there will be no changes to how the Emerson Los Angeles campus functions.

Some ELA students have been told not to return to their internships or places of employment indefinitely.

“I understand that transitioning to online courses will be a significant adjustment,” Pelton said in his statement. “Please know that staff and faculty are committed to ensuring a positive and fulfilling learning experience for the remainder of the semester.”

It is unknown which on-campus facilities—such as ECAPS, the EDC, the mailroom, the Office of Student Success, Student Accessibility Services, etc—will remain fully operational.

Emerson’s decision to allow students to remain on campus broke from other colleges in the area, like Harvard, MIT, and Suffolk, who are requiring students to move out after spring break. According to a statement by Suffolk’s president, students will be offered refunds for housing prices.

Emerson is currently “leaning in the direction” of offering housing refunds to Kasteel Well students planning to return home for the remainder of the semester, according to Assistant Vice President of International and Global Engagement Anthony Pinder.

It is unclear whether other students will be eligible for reimbursement.

Pelton explained the college’s decision to allow students to stay on campus as the right move for Emerson, saying there is a greater risk to larger institutions like Harvard and MIT.

“Our students have already been on spring break and are back on campus, and we do not have any evidence to suggest that any of the students who are currently on campus have presumptive coronavirus,” he said. “I think every institution has to make a decision based on this set of facts and circumstances that they have in front of them, and because, in some respects, there’s no right or wrong decision. It’s just the best decision that you can make in the moment.”

Director of Student Engagement and Leadership Jason Meier said in an email Wednesday that he currently has no information about how student organizations are going to proceed.

The Student Government Association will hold an auxiliary Joint Session meeting Thursday night to determine how their operations will proceed, according President Will Palauskas.

Pelton was unable to provide any definitive answers on how student organizations will proceed, but said the college would provide answers on their frequently asked questions regarding COVID-19 page.

Pelton also said college officials are assessing whether to proceed with large community events like graduation, the EVVYs, and the ERA awards.

Vice President and Dean of Campus Life Jim Hoppe could not be reached for comment Wednesday.

The athletic department will not cancel any future contests or events despite the college’s transition to online classes due to COVID-19, commonly known as coronavirus, according to Athletic Director Patricia Nicol.

“It’s a mutual decision from the campus, from myself, and from the coaches because the campus is not closing,” Nicol said in a phone interview with The Beacon. “The college is not asking students to leave.”

Nicol said the athletic department is waiting on a decision from the New England Women’s and Men’s Athletic Conference, the governing body of 13 Emerson sports teams, but until then teams will continue playing and practicing as scheduled. The Great Northeast Athletic Conference, which would dictate the continuation of the men’s volleyball team’s season, also has yet to cancel any games.

President Donald Trump announced Wednesday the suspension of all travel from European countries to the U.S. by non-citizens.

There are currently hundreds of Emerson students in Europe through study abroad programs, according to Assistant Vice President of International and Global Engagement Anthony Pinder. Pinder said the college is working to return students from Valencia, Spain and Paris, France to the U.S.

The future of international programs, including current and summer study abroad programs, remains unclear as the virus continues to spread across the world.

As it is unclear what offices of the college and services will remain operational, it is also unclear how student employment will proceed.