How eager students are celebrating a ‘normal’ Halloween 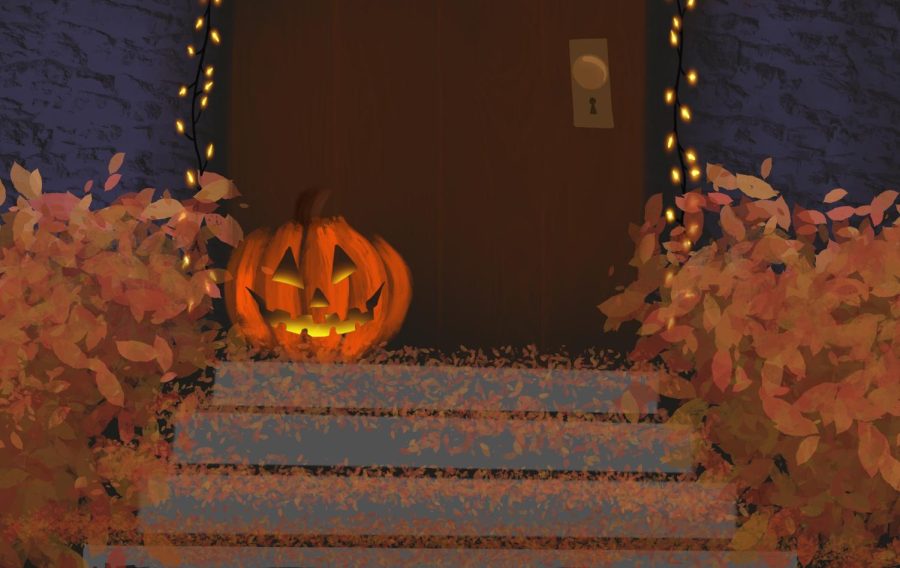 Boston is opening up after nearly two years of inactivity, and the barriers raised during the pandemic are coming down just in time for Halloween.

After many of the city’s Halloween festivities were left stagnant in 2020, students feared that the holiday was approaching faster than the possibility of a reopened Boston. But a decreasing number of COVID cases, along with nightclubs and attractions returning to a state of normalcy, have Emersonians feeling as though there is a light at the end of the tunnel.

“It’s nice to know that I can do fun Halloween activities with my friends without having to worry,” said sophomore Lydia Prendergast, a creative writing major.

Prendergast is planning a trip with her suitemates to her hometown for a more laid-back Halloween celebration.

“Since I live 45 minutes outside of the city, I’m bringing my [suitemates] home with me for the weekend to have a Halloween movie marathon, carve pumpkins, go to a little fall farmer’s market, and hand out candy in my neighborhood,” she said. “We’re all pretty introverted and still cautious about COVID, so we knew we weren’t going to be doing anything big or crazy, but I’m very excited for it.”

Getting into the spooky spirit via classic Halloween films is a common theme found among students who choose to stay in for the holiday.

In a city as lively as Boston, Halloween-related activities aren’t hard to find for those who do want to go out.

For junior journalism major Amanda Brown, the spooky holiday allows her to experience Boston’s nightlife as she celebrates a birthday and Halloween in one weekend.

“My plans for Halloween this year are to celebrate my friend’s birthday,” Brown said. “We’re going out to a few clubs.  I’m very excited because this will be my first time checking out the club scene in Boston.”

Multiple Halloween-themed bar crawls are occurring throughout the city this weekend. Back Bay Social’s “Trick or Drink” is going from Oct. 29 to Oct. 31.

Isabella Peralta, a first-year visual and media arts major from Alabama, also plans to go out on Halloween weekend.

“A couple of friends and I are going to dress up, take pictures, and have a good time,” Peralta said. “Coming from a small town then moving to a big city, the possibilities are endless. We’re also going to visit Beacon Hill. I heard that specific area always has the best Halloween decorations.”

Originally from Los Angeles, Brown says that the Halloween scene in Boston differs from other cities.

“This is the first time I’ve ever had to consider the weather when planning my costume,” Brown said. “In LA, people hardly wear any clothes on Halloween, so I think people in Boston are going to be much more covered up because it’s so cold right now.”

Though Boston is reopening for Bostonians and tourists alike, not everyone thinks that this Halloween is going to be a “normal” one for the city. Big parties or indoor gatherings with large crowds are still out of the question for some.

“COVID is definitely the biggest reason I won’t be going out, even though so many people are vaccinated,” Prendergast said. “I would rather air on the side of caution for my own health and the safety of others as well.  To me, it still doesn’t feel quite normal yet. As someone who’s immunocompromised and has a mom who is a nurse, we’ve had to be incredibly cautious and safe.”

For a more historical and COVID-friendly Halloween outing, some students visited Salem this past weekend.

“[Salem is] definitely a go-to place if your favorite holiday is Halloween,” Peralta said.  “Considering that it was October and the weekend before Halloween, it was a bit too crowded for my taste. Thankfully, most of the stores required masks inside so that eased up my worries.”

Salem is known for the prosecutions of so-called “witches” between 1692 and 1693. Over 200 people were accused during this period—30 of the accused were found guilty, 19 were executed.

Today, Salem acts as a tourist attraction for those interested in all things mystical.

“They have a lot of festive activities and events happening throughout October,” Naar said. “There were a ton of vendors and food trucks all in one park, so we walked through there and then we followed this red line that took you through all of the historic buildings.”

Playing into its spooky reputation, Salem amps the eeriness up as Halloween creeps closer.

“There was this haunted attraction we went to, and it had animatronics, loud noises, and a spooky atmosphere,” Peralta said. “My friends and I were all over the place, bumping into walls, screaming, and laughing. It was such a great experience, so great that we did it twice.”

Though Salem’s notoriety comes from its tragic past, Naar says that during Halloween, the tragedy of the trials is lost among all of the gimmicks.

“I do think there is a lot to be said about the history that happened there and honoring that it’s sad,” she said. “It’s weird to say ‘oh, I’m gonna dress up as a witch’ and then you have moments when you’re passing a place where people were hung and you’re like, ‘oh, that doesn’t sit right.”

Whether students decide to stay in for the weekend, go a couple of blocks down the street, or a couple dozen miles away—with Halloween at Emerson, there’s rarely a dull moment.

“Being at an art school means everyone not only has fantastic fashion, but they go all out on things,” Prendergast said. “A lot of [students] are super into horror too, so getting to see spooky projects or events based around that is awesome. Just the enthusiasm and drive of the community is very festive.”