How I managed my ADHD diagnosis during COVID-19 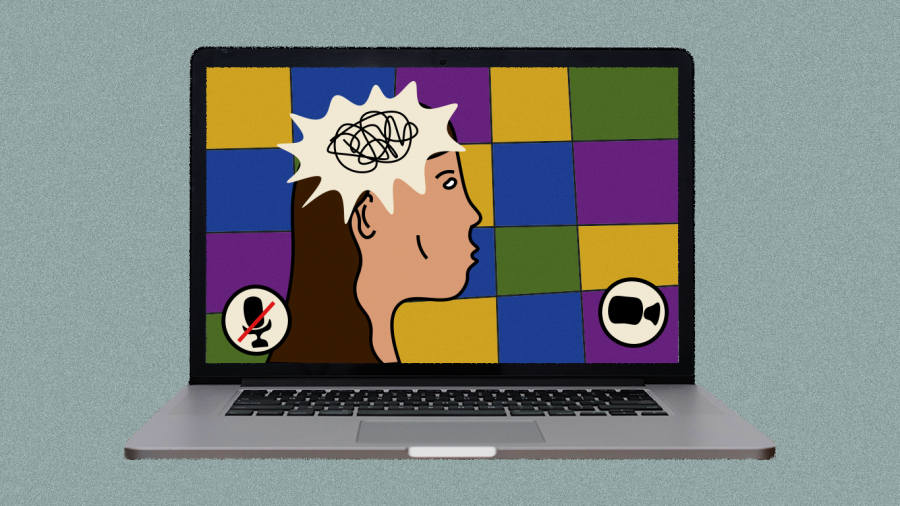 Connection and communication issues stemming from Zoom discussions trigger the disorder’s inability to regulate emotions more easily, leading to frustration and anger that can last the whole day, no matter how minor the issue. The cruel irony is that the more I think about how I need to pay attention, the less I actually pay attention.

Back in March, it was easy to chalk up the changes in my mental state and my struggles with online classes to the fact that every CNN notification felt like it came straight out of Stephen King’s The Stand. Following the transition to online learning, I struggled to focus on my readings. Assignments that would have taken me an hour to complete back on campus consumed nearly my entire day at home. After reading and re-reading articles for my copyediting course, I was nearly in tears over the number of mistakes I wasn’t catching. I felt, in a word, stupid. Coursework seemed to come so naturally to other people, yet I was barely managing things that felt so much easier before.

To deal with my stress, I turned to crafts projects. Even before the pandemic, I typically had a few projects going at once. I usually bring small knitting projects to lecture-based classes, but now that I couldn’t work or leave my house, I threw myself at every pattern that interested me, only to abandon the half-finished sock to start a cardigan instead. When I found one that grabbed my attention, I would sit for hours on end, not moving until it was dark and I realized I had sat on my porch for 14 hours without even getting up to eat. But I never managed to finish a project. They began to pile up around the boxes from my dorm room that I couldn’t bring myself to unpack. I wanted to finish these projects desperately, but the sheer number overwhelmed me. When I did manage to unpack half a box, I would inevitably become derailed, never returning to finish the job.

My saving grace came at the end of May, when I started interning for an Emerson professor’s media production company. We’d discussed it on the last day of class in the fall, and fortunately, it easily transitioned online. There, I edited podcast transcripts and held myself to a routine of editing an episode every night. It quickly became the one anchor in a sea of time blindness. Entire days would slip away from me before I realized it. But every night at 7 p.m., I knew it was time to put on music and open up the content manager.

When I got to sit in on the rehearsals and performance of a Zoom live show of the podcast, I knew it would run for over an hour, so I grabbed the cardigan I was knitting before I logged on. I knew that occupying my hands was the only way I could get my brain to pay attention to anything on screen. On the call, my professor mentioned me and the work I was doing, and I joked about how I had knitted my way through his class, too. He said that many of his students, especially those with attention-deficit/hyperactivity disorder (ADHD), needed small ways to occupy their hands during his classes. There, it felt as though the world slammed to a halt. I think I froze mid-stitch like I was a cartoon character.

I knew the common symptoms of ADHD—my best friend and my girlfriend had both been diagnosed with it the year before—but I never thought it applied to me. Something about that throwaway comment, though, felt like the final piece of a puzzle slotting into place. I frantically researched symptoms for the rest of the summer, and I learned that ADHD in women is incredibly under-researched. But I can’t have ADHD! I would think. I do well in school!  I thought about how every single one of my report cards for the first eight years of my education had comments about my daydreaming or reading books under my desk. My struggle to save money? Impulsive spending. My 14-hour cross-stitch marathon? Hyperfocus and time blindness. Panic while driving? Overstimulation. Things I considered personal faults, like my procrastination (again, time blindness), social struggles (rejection-sensitive dysphoria), and trouble initiating tasks I wanted to do (executive dysfunction)—all symptoms of a disorder masked by my performance in school.

Many high-performing students who are neurodivergent go undiagnosed until later in life because one of the major indicators for early-life diagnosis is trouble in school. In my case, I dedicated all of my energy to my grades, spending all of my time completing forgotten or last-minute assignments or trying to recover from a full day of hiding my symptoms at the expense of my social life and mental health.

In October, I finally had a telehealth appointment with a psychiatrist, where it took all of fifteen minutes to officially diagnose me.

But a formal diagnosis isn’t a silver bullet. Because of my prior anxiety diagnosis, I was put on a non-stimulant, which has to build up in your system before you feel any effects. I felt the side effects far before I felt any desired effect, nearly fainting in class three times before realizing that, despite what it said on the bottle, I needed to eat before I took a dose. And even on medication, outside factors can still worsen symptoms. Things like lack of sleep, stress, and irregular schedules all worsen the symptoms of ADHD, and 2020 has brought these factors to everybody in spades.

When in-person classes resumed in the fall, I started bringing knitting projects to class again, and all of my professors were understanding when I explained I was recently diagnosed with ADHD (although one professor thought I meant COVID. He said “recently diagnosed? Shouldn’t you be quarantined?”). This move to hybrid learning brings nearly every major distraction into the learning environment with no better option. Attending class in my dorm room makes it harder to make my mind shift away from relaxation and into “learning.”

ADHD means my brain cannot filter and prioritize information. That means that as much as I want to pay attention to Zoom lectures, if I notice one of my plants needs to be watered, it takes on the same level of importance in my brain as writing down my notes. ADHD causes an inability to move information from short-term to long-term memory, so deadlines that are hidden away in obscure Canvas tabs and only come up once in class immediately fall by the wayside, no matter how many efforts I make to keep a planner or Google Calendar.

Connection and communication issues stemming from Zoom discussions trigger the disorder’s inability to regulate emotions more easily, leading to frustration and anger that can last the whole day, no matter how minor the issue. The cruel irony is that the more I think about how I need to pay attention, the less I actually pay attention.

This coming spring will follow the same flex learning model, and I’m bracing myself for another semester of these struggles. I’ve found some skills to manage the most frustrating symptoms; reading text out loud forces me to slow down and makes it easier to catch mistakes. By no means am I calling for a return to in-person classes. It would be premature and incredibly dangerous, and I wouldn’t feel safe spending so much time in a classroom yet. Memory issues, dysregulated emotions, overstimulation, executive dysfunction, auditory processing delays, social struggles, time blindness, and yes, inattention and hyperactivity are all worsened when class is no longer face-to-face. But I feel as though complaining about what many perceive as “just ADHD” sounds like I’m making excuses to everybody around me. What you don’t see when I turn off the screen is my pacing in a desperate attempt to stimulate myself, or the frustration that leads to tears when I re-read the same page of a novel for the tenth time.

We’re all struggling right now, but people with ADHD and other invisible learning disabilities may be struggling more than you know. And a lot of us may not know why we’re struggling. I thanked my professor at our next check-in. Without him picking up on my symptoms, it would have been impossible to know how long I would have gone without a diagnosis.

All I ask is for your understanding if I trail off mid-sentence while I talk on camera, or if I look like I’m not paying attention as I fiddle with my sock yarn. My brain just works differently than yours, and this is what I need to do to get through five consecutive hours of Zoom meetings. All I ask is a little consideration for your fellow students struggling with invisible disabilities. There are more of us than you might think.

Theo Wolf is a junior studying creative writing and currently serves as The Beacon’s Copy Editor. If you would like to respond to this thought piece in the form of a letter to the editor, email Letters@BerkeleyBeacon.com. Letters may be edited for style and clarity.