How TV brought me closer to my brother 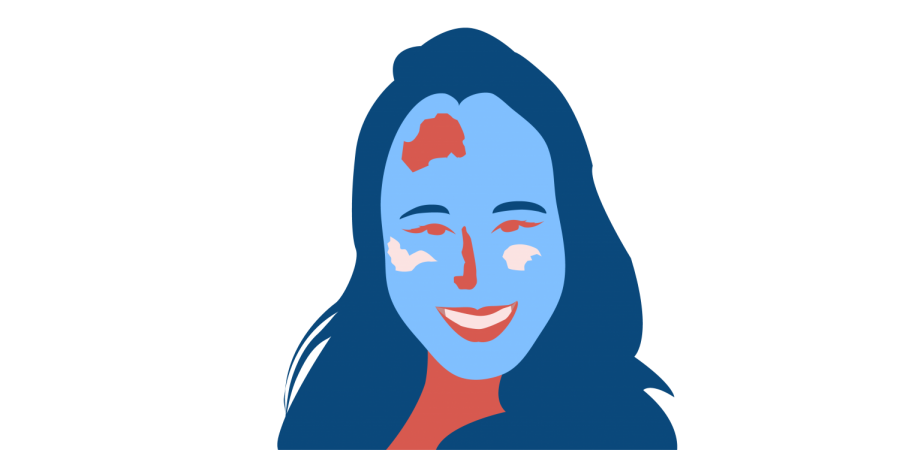 In my household, the TV remote often feels like a fifth family member. My mother unwinds with reality shows, and my father weeps to black-and-white films. I’ve always been partial to trashy sitcoms, while my brother rarely diverges from his steady diet of Sunday Night Football. Once in a blue moon, we would all watch Jeopardy! together, but outside of those special occasions, it always felt as though the TV represented our individual therapy sessions—all we wanted to do was lie down on the couch and let it heal us for a little while.

My brother and I, whose five-and-a-half-year age gap often felt insurmountable, had very little in common as we grew up. He entered middle school just as I started kindergarten. We didn’t share friends, hobbies, or interests for years, and our worlds always spun in completely different orbits. While we’ve gotten much closer as we’ve grown older, our relationship still feels the slightest bit asymmetrical. To this day, I retain the designation of “pesky little sister,” and he wears his “wise older brother” title with pride. All the mutual personal growth in the world can’t completely shed those labels.

Over this past summer, my brother recommended the show Fleabag to me, raving over its honest storytelling and fiery wit. We were both going through our own difficult periods, but, as always, we were keeping each other in the dark about the details. Fleabag, with its unabashed portrayals of grief, self-doubt, and authentic connection, was precisely the narrative I needed to identify with at that moment. However, it did more than that. Knowing my brother also found solace in the story was perhaps the closest he’d ever come to confiding in me. It’s true that we still didn’t have the most open dialogue that siblings could have, but we had the vicarious dialogue of the characters on the screen.

I’m not alone in finding TV to be a universal language. According to a 2016 study published in the Journal of Social and Personal Relationships, television can function as a bridge between social worlds, creating a shared fictional space for two people to live in together. While the study mainly focuses on how this operates in romantic couples, it seems to apply to all close relationships. The study determined that “shared media can enhance interdependence and allow people to compensate for lacking a shared social network in the real-world,” fostering a connection like ones created by “trying a new hobby or revealing private thoughts to a partner.” Sure, my brother and I might not have been having all-night sob sessions together about our innermost secrets, but the common denominator of our Netflix queue was enough.

After my brother introduced me to Fleabag, I started to think back through the years. While our television tastes had never overlapped, we always had one show to share during specific milestones of our lives. Spongebob Squarepants had entertained my childhood whims and satisfied his adolescent wit, giving us a common thread of humor. Ned’s Declassified School Survival Guide gave us valuable advice to guide us in the omnipresent woes of adolescence, even if we were grades apart. Scrubs gave us a comedic yet emotional outlet to explore our maturing senses of self, punctuated by the loss of loved ones. Even if our life experiences were oceans apart, it turned out that channel surfing on the same wave had brought my brother and I closer together ever since I was big enough to hold a remote.

Today, my brother and I talk directly (or, at least over text) more than ever. Our relationship has overcome many of its barriers, and five-and-a-half-years doesn’t seem so overwhelming anymore. Do I wish that we could talk about everything—love, career, fears, hopes—without TV as a mediator? Of course. There are limits to how much a scripted story can speak to our own character arcs, and there isn’t always an episode for every situation I want to share with him. But for the times where there are no words—or, at least not our own—to communicate with the other, I’m grateful that sometimes all it takes to say what I need to say is texting him: Hey, there’s this show I think you’d like.