I shouldn’t have to prove my sports knowledge to men 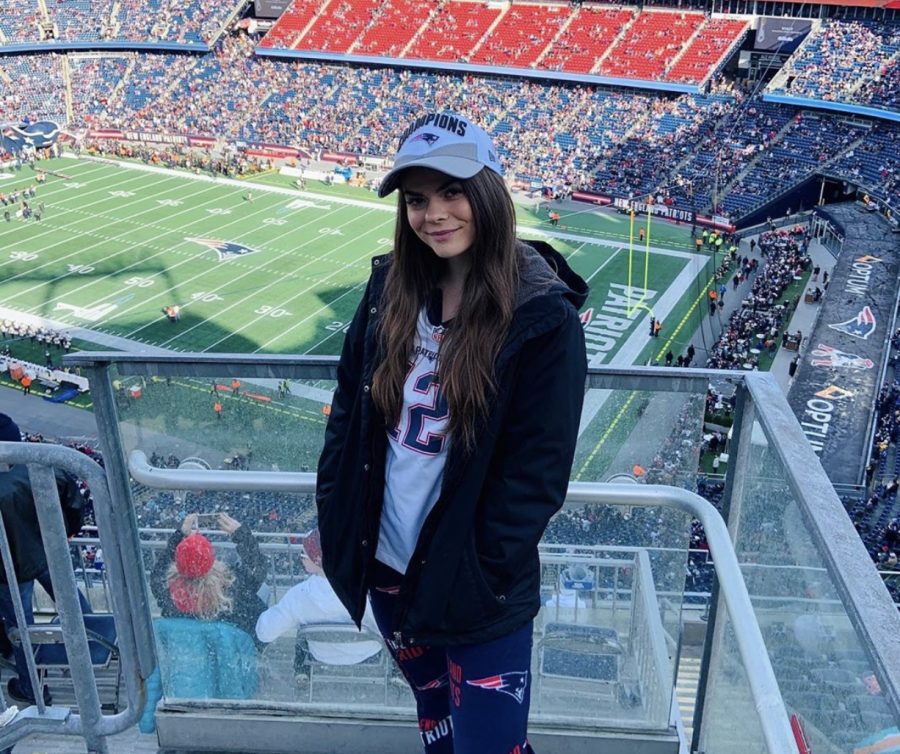 Ever since I first became invested in sports, especially football, I have experienced situations where I wasn’t taken seriously due to my gender. As a young woman, I don’t look like someone who could easily name every Super Bowl champion from the last 25 years or explain the pros and cons of running a cover six defense.

While attending my first New England Patriots game in 2018, I overheard a few men behind me discussing rookie wide receiver Braxton Berrios, one of the team’s sixth-round draft picks that season. They couldn’t quite figure out where Berrios went to college, and since I knew he went to the University of Miami, I interjected into their conversation.

I caught the men off guard, and they began asking me questions about where the rest of the Patriots’ draft picks went to college. I answered correctly until they asked me about offensive lineman Isaiah Wynn, and my mind blanked. After I guessed wrong, the men laughed me off.

Men usually find it hard to believe that I could ever know as much about football as them. After all, women are stereotyped to have little to no interest in football whatsoever. And this assumption is supported by statistics—women make up only 38 percent of NFL fans, according to a recent study by Gemba Insights.

I have dedicated years of my life to developing a strong knowledge of the sport I love. My high school senior project focused on basic offensive and defensive football strategies, and I have attended multiple coaching clinics where I engaged in conversations with coaches from every level, including the NFL.

Even though I have developed this understanding of football strategy and game plans, I still have no experience playing the game myself. Women are hardly given the chance to play football, unlike other popular sports, such as basketball and soccer. Because of this, I know I will always have to prove my knowledge to men, both in casual and professional situations.

While in quarantine, I conducted a small experiment and changed my Tinder bio to read “I probably know more about football than you, try me.” Quite a few men told me there was no way I knew more about the sport than them, while others quizzed me to see how much I knew. These men usually concluded their quiz by exclaiming that my knowledge made me more attractive to them.

Although I expected men to make these remarks, as I have received similar comments in the past, I was surprised by the number of people who connected my sports knowledge with my appearance.

Women sports fans are constantly depicted in this manner, but nobody notices it because of how normal this sexualized portrayal has become.

This depiction seemingly follows me wherever I use my sports knowledge, especially over social media. After leaving a comment on an Instagram post about my prediction for the outcome of a Patriots game, a man replied “stfu you hoe, you know nothing about football.”

While comments like this might seem minuscule, they have a significant impact on women in sports, especially in more professional environments. These remarks reinforce stereotypes and break down the credibility women have to work much harder to build.

Demeaning comments are also seen on larger media platforms. Recently signed Patriots quarterback Cam Newton is a well-known example of this, as he called a female reporter “sweetheart” at a press conference in 2012 and later joked that “it’s funny to hear a female talk about routes,” in 2017.

These sexist remarks continue to over-scrutinize women even as they make significant strides in the sports media industry. As more women break into broadcasting and provide commentary for televised sporting events, men criticize the pitch or tone of their voices. In 2017, radio host Mike Missanelli said, “It just to me sounds unnatural for her to be calling the NFL,” when discussing Beth Mowins calling play-by-play on Monday Night Football.

I know so many women at Emerson who are dedicated to making significant changes in the industry through their passion for sports. While I am extremely proud to be a part of a majority-female sports section for the fall semester, The Beacon has yet to see a woman lead the section since Hannah Miller in fall 2016. The powerful and strong women I have worked alongside are going to break barriers within this organization and beyond.