I’m rooting for Tom Brady on Super Bowl Sunday, but it hurts 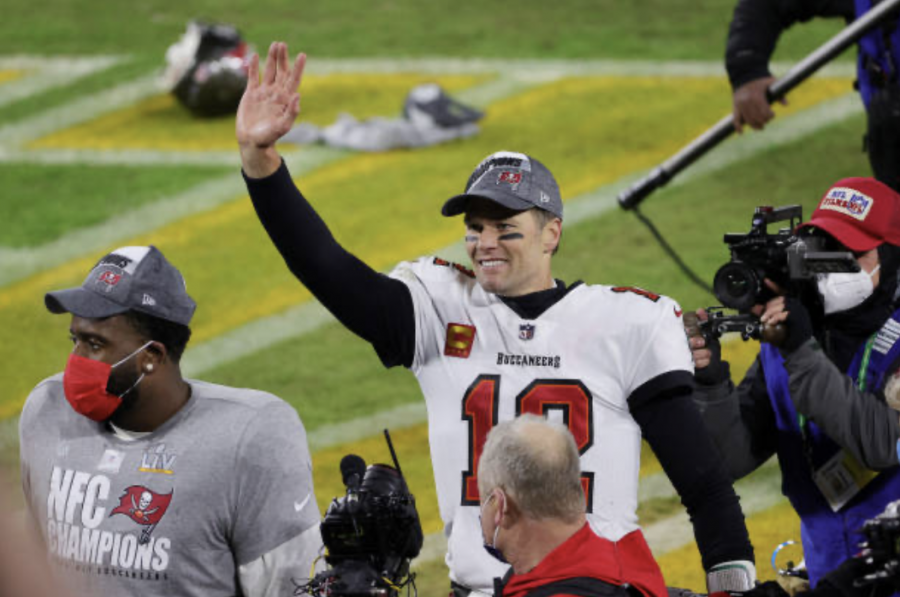 In the final scenes of the Pixar classic “Toy Story 3,” a grown-up Andy bids farewell to his toys, with his beloved toy Woody saying “so long, partner,” as Andy drives away. With Tom Brady set to appear in this weekend’s Super Bowl, it’s hard not to feel like Patriots fans are much like Woody—saying “so long, partner” to someone who gave 20 years and six super bowls to the franchise.

Sunday’s Super Bowl LV matchup between the Brady-led Tampa Bay Buccaneers and the Kansas City Chiefs marks the tenth time No. 12 will appear in the “big game”—the most by any player in NFL history, according to NBC Sports. It is also the first time Brady won’t wear a Patriots uniform in the Super Bowl.

On one hand, New England fans have continued to cheer on Brady as he solidifies his case for not only being the greatest player of all-time in the NFL, but in all of professional sports. The quarterback is one win away from adding a seventh Super Bowl ring to his résumé—an achievement no other player in NFL history can boast.

Brady mustered a successful 2020 NFL season overall. The 43-year-old compiled 4,633 passing yards, 40 touchdowns, and a 102.2 quarterback rating—all in the top 10 amongst quarterbacks this regular season according to ESPN.

Along with that, he piloted Tampa Bay to impressive playoff victories on the road against future Hall of Fame quarterbacks. Brady and the Buccaneers beat Drew Brees and the New Orleans Saints in the Divisional Round, and they then defeated Aaron Rodgers and the Green Bay Packers in the NFC Championship game. Brady can add to this list by defeating Chiefs superstar quarterback Patrick Mahomes Sunday.

I understand how tough rooting against Brady is for Patriots fans. There’s the argument that you shouldn’t root against the guy who brought you so much success. He helped usher New England to NFL royalty with six Super Bowl championships. Why boo the guy that made the franchise a juggernaut for 20 years?

On the flip side, the potential sight of No. 12 hoisting the Lombardi Trophy for Tampa Bay won’t be pleasant. New Englanders are accustomed to Brady going down Boylston Street in Boston on a duck boat with a fresh Lombardi Trophy in hand. Sure, it’s been almost a year since Brady left, but it still doesn’t feel right.

Am I saying Brady would’ve led the 2020 Patriots to the Super Bowl? Absolutely not. Could they have won more games and clinched another playoff berth? It’s possible, but they wouldn’t have gotten far. Not to mention spending another year in New England probably wouldn’t have been as fun of an experience for Brady, too.

Yet, whenever Brady is asked about his time in New England, he rolls with the positives, including praising his former coach and co-Patriots dynasty architect Bill Belichick.

“I’m just incredibly grateful for what he’s meant in my life as a coach,” Brady said during the Super Bowl Opening Night press availability, according to CBS Sports. “My football journey took me to a different place, and I certainly could never have accomplished the things in my career without his support and his teachings.”

Watching Brady play for a different team and represent a different conference is completely new. However, it’s the same Tom Brady, different day. He’s in the Super Bowl again, and he’ll probably make it another exciting game to watch.

However the Super Bowl turns out between Tampa Bay and Kansas City, it will be mixed emotions for this Patriots fan as I watch No. 12 do what he does––playing to win football games. Hey Siri, play “Bitter Sweet Symphony” by The Verve.