In defense of the fangirl 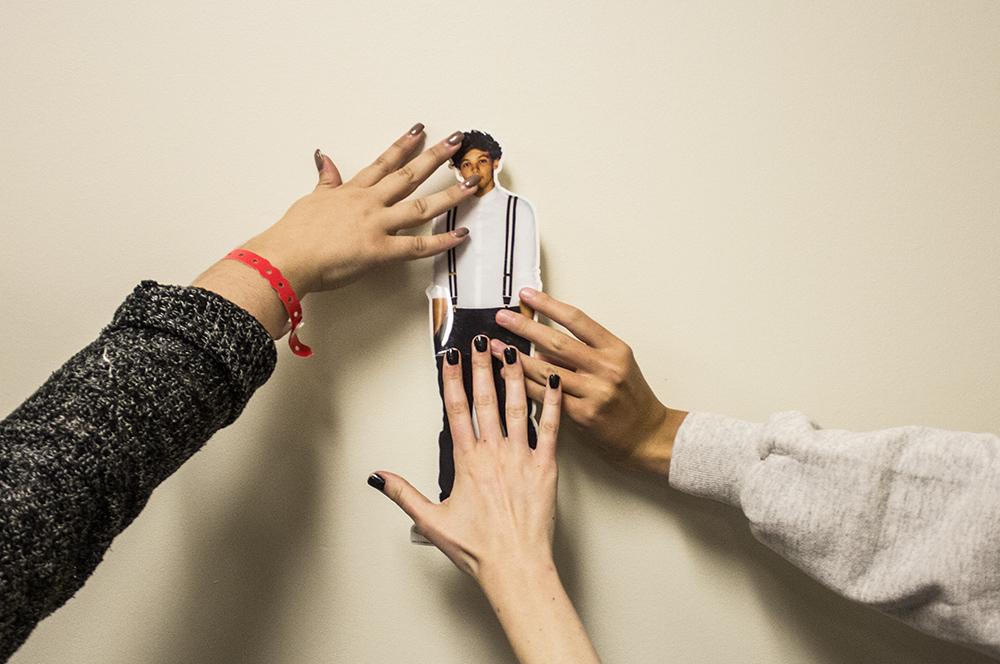 In eighth grade, I was admittedly a Twi-hard: a relentless fan of “Twilight.” I read the book series three times, pre-ordered the “Eclipse novella,” and wrote fanfiction. I belonged to the vampire drama threads, followed various “Twilight”-themed blogs, went to all the midnight screenings, and maybe I owned a 6-by-6 poster of Robert Pattinson’s face. Suffice it to say, this didn’t make me cool. In fact, I garnered the label that, unbeknownst to me at the time, was one of my earliest confrontations with sexism—I was a “fangirl.”

The concept of the fangirl is fraught with sexism. It trivializes a safe haven for young girls who feel displaced and in need of community. According to Merriam-Webster Dictionary, a fangirl is “a girl or woman who is an extremely or overly enthusiastic fan of someone or something.” That’s better than Urban Dictionary’s “a rabid breed of human female,” but it gets the same message across: These girls are crazy. To be a fangirl is to be associated with the most exaggerated versions of ridiculed “feminine” traits: emotional, passionate, enthusiastic, hysterical. It’s like being called the “crazy girlfriend” but, in many cases, before you’ve even hit puberty. To be called a fangirl is to learn that your actions, your interests, and your passions are best kept to yourself. The label implies that being who you are out loud and unapologetically, as a woman, is not allowed without retribution.

Fandoms, the actual “subculture composed of fans,” are key to helping all people feel connected to a community with which they identify. It’s just easy to ridicule young girls because it’s what so many are raised to do. This taunting is what drives tons of tweens to line up outside of a One Direction concert or wait outside a store in NYC for hours to catch a glimpse of Justin Bieber, just for a smile from their idol. These girls are vulnerable—they are at a tumultuous age they didn’t ask for, but the nonsensical blame for which rests wholly on their shoulders. A 2013 study by the Dove Self-Esteem Project found that 47 percent of girls aged 11-14 begin to lose confidence in themselves, in regards to appearance and intelligence. Girls at this age are also twice as likely as boys to sit out on an activity in school because of their gender.

The implications of the word “fangirl” also create a divide among women at a very young age. To be a girl who is a fan of sports and screams alongside the guys during a game is to be a “cool girl,” not a hysterical fangirl. The reason behind this is connected to our unequal respect for different genders. In this scenario, cool is code for what’s perceived as traditionally masculine. The girls expressing the same level of interest in football or other testosterone-dominated hobbies are seen as inherently different (read: better) than girls interested in traditionally feminine hobbies. And this is to no fault of the women who just want to watch sports without having their interest in it become some kind of sexual fantasy for a guy who glorifies the “cool girl.” After all, they too are held to patriarchal expectations, only cool so long as they don’t become a tomboy and teeter across gender lines (oh, the binary!).

There is also a strong double standard between boys who consider themselves “fans” of anything, and fangirls. Men (and boys) interested in anything from cars to sports, even to sexual partners, have their excitement not only respected but encouraged. It is merely machismo at work in the world—boys will be boys, after all. This is an attitude I am tired of. Have you ever seen a superfan guy at a sporting event? They’re uncontrollable, volatile, emotional, upset, and downright crazy—every word used to describe a fangirl waiting for an autograph or a new album to drop. The difference is that one person has their behavior glorified by much of the media and popular culture, while the other experiences widespread ridicule and demeaning backlash.

For the young girl who feels loved when she watches hours of Harry Styles singing on Youtube, for the girl who calls herself a “Belieber,” for the girl who rewatches Steven Universe all night—you are allowed to be the biggest, loudest version of yourself.