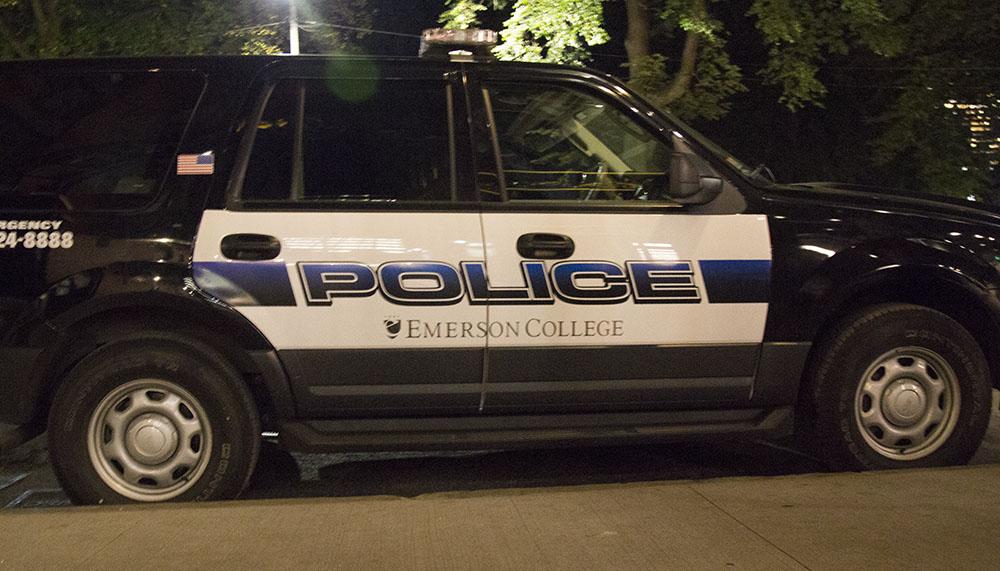 A staff member turned over a backpack containing marijuana and drug paraphernalia to the Emerson College Police Department. ECPD is attempting to find the backpack’s owner.

A small piece of the façade at 136 Boylston St. came loose and fell from the building, striking an unoccupied parked car. The sidewalk in front of Griddler’s Burgers & Dogs was blocked off until scaffolding could be put up to protect pedestrians.

A student reported a robbery near Bromfield Street to ECPD. The suspect stole money from the student. The victim told ECPD they contacted the Boston Police Department immediately after the incident, but they wanted to make ECPD aware of the crime.

The Office of Housing and Residence Life turned over drug paraphernalia confiscated from a suite in the Piano Row residence hall.

A cyclist with no Emerson affiliation reported to ECPD that someone attempted to strike them and steal their bike in the Boylston Place Alley. Officers tried to identify the suspect after the cyclist pointed them out, but the suspect fled the area and evaded identification. BPD was notified of the incident and assisted ECPD.

ECPD and Facilities Management investigated a report of a student trapped inside an elevator in the Walker Building elevator bay. Upon arrival, the student reported to the officer that the door opened, and they freed themselves. The student was unharmed.