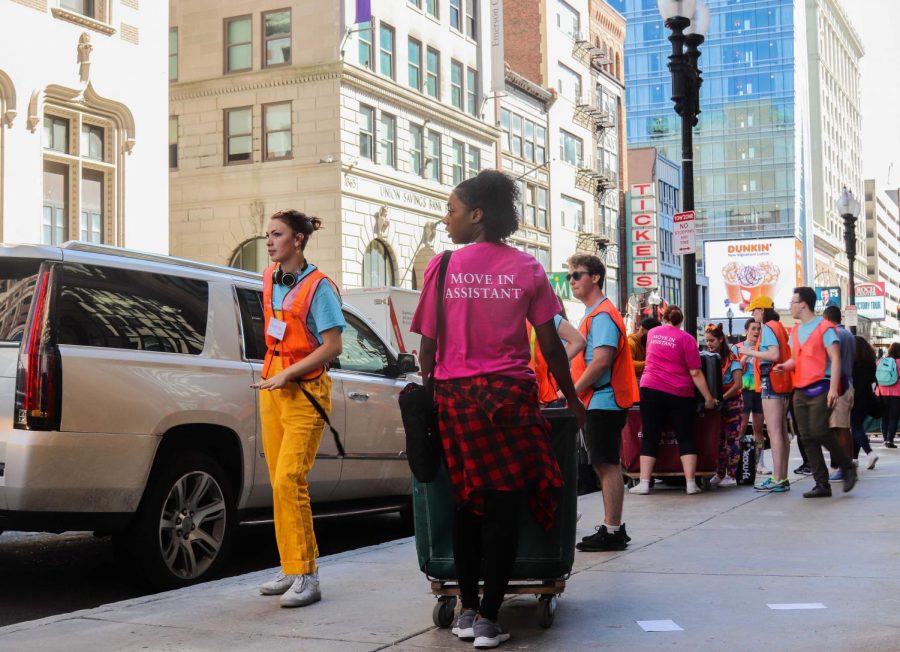 The new restrictions could force the college to alter its reopening plan.

Incoming first-year Emerson students now face a difficult decision—move forward with enrollment as planned and potentially pay full price for a partial semester, or defer until the spring.

The college announced last week that it would be implementing a hybrid education model for the fall semester. Classes will be in person until Thanksgiving break and then move to an online model for the last two weeks of the semester and finals.

The college pushed the enrollment deposit date from May 1 to June 1 due to the COVID-19 pandemic, still weeks before the semester plan was announced. The move effectively forced first-years to commit with a $400 non-refundable deposit without knowing the fate of their first semester.

Tatum Hughes said she and her parents have decided to defer her entry to the spring semester for financial reasons.

“We didn’t want to have to spend money for Emerson and me not being able to go there for the full first semester and full first experience type of thing,” she said in a phone interview from Colorado.

Hughes said she would consider reversing her deferment if Emerson offered a tuition discount.

Hughes said she plans on spending her fall taking classes at a local community college to get credits for cheaper.

Emma Meiselwitz, an incoming student from Cleveland, Wisconsin, said despite the pandemic, she would prefer to have classes in person in the fall.

“I kind of want that college experience—to be able to go and live on campus,” she said in a phone interview before the college announced its plan. “I was very worried that I might not be able to do so for my first semester.”

Meiselwitz said she worries she will not be able to make it to Boston.

“I live so far away from Boston that I don’t know if traveling in the fall will be an option,” she said in a phone interview. “The cost has become a pretty big concern. With COVID my parents are making a lot less money.”

After the fall decision came out, Meiselwitz said she still plans on attending because she has faith in Emerson to keep students safe.

“I felt like it was more worth it to go in the fall and experience that than maybe have to take an extra semester [off] or be behind,” she said.

Harrison Bates, a first-year student from New Hampshire, said it’s hard to know where the pandemic will be in the coming months.

Bates said the fall decision is disheartening for him and his family.

“My family is only starting to go back out in public now,” he said. “I know for others it’s a very different circumstance, but for us, we’re super vigilant of everything. So, it’s kind of a bittersweet thing. I’m so excited to go to college, but it’s in no way going to be the same experience that I was thinking of months ago.”

Bates said he questions whether the plans will change if the pandemic gets worse.

“I didn’t really see anything in the email saying that these are due to change or anything within the coming months,” he said. “Because of course, we saw states resume operation and cases have increased quite a bit. So I just wonder if they’re working off of information now, that might not be the same in September or late August.”

New York native Clarissa Carrillo said she’s been torn about her decision, weighing the possible health risks and the cost of tuition.

“I would be really uncomfortable if I was going to a school and a COVID outbreak happened,” she said in a phone interview. “I would also feel uncomfortable just spending the same amount of money for a year of school if one half of it is going to be online because it’s just not the same experience that you’re paying for.”

Carillo said she has not thought about deferring entry to the spring but called on the administration to lessen the financial burden on students if classes are online. Currently, Emerson’s online summer courses are $778 per credit, while a full-time student in the fall and spring pays $1,517 per credit.

“I hope that the administration takes proper measures when it comes to how much the [semester] costs,” she said. “I feel like if there aren’t responsible decisions made, people will have something to say about it and will try and do as much as they can to take action.”

Caroline Reese, an incoming student from New Jersey who paid her deposit before the June 1 deadline, said that despite everything happening in the world, she is confident in her choice.

“The future is obviously unclear, but with a decision like this, you kind of have to just hope for the best,” she said. “I knew that with this school, regardless of what would happen, that this was where I wanted to be in some way, shape, or form. So that decision [to enroll] was made solely because my heart knew it was the right choice.”