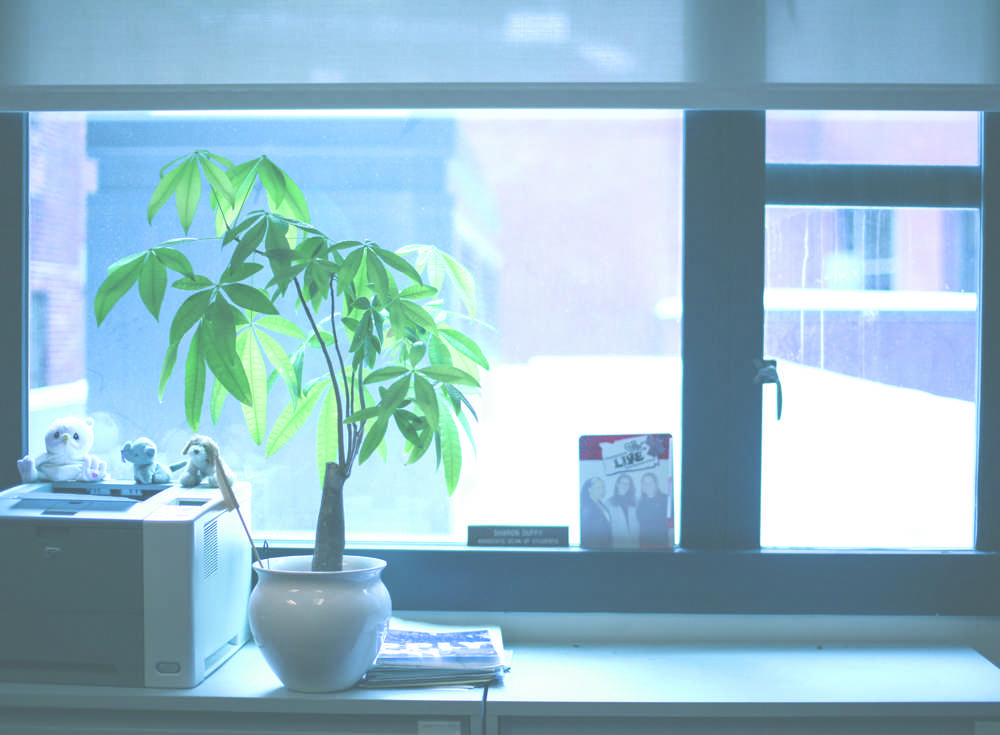 Starting the week of Feb. 16, 14 planter boxes filled with organic seeds and soil will be placed in windowsills of three locations around campus — the trial stage of the new Emerson garden, an indoor planting project that hopes to turn Emerson buildings into vertical greenhouses, according to Eric Van Vlandren, the college’s sustainability coordinator.

The garden’s progress will also be documented in a film directed by junior Tyler Gilbert, a visual and media arts major and member of Captured Emotion, a student organization dedicated to documentary and nonfiction work.

The three locations that will host the garden’s debut are in Associate Dean of Students Sharon Duffy’s office in Piano Row; the open space, conference room, and east hallway of the Walker Building’s 10th floor; and inside the office of Jay Phillips, associate vice president for facilities and management, in the fourth floor of Walker.

“Our goal is to have a successful spring, and in September have the garden be in more locations on campus,” said Van Vlandren. “But first we want to make sure it works.”

While the gardening initiative is a few days away from making its spring premiere, its concept is rooted in years of work by the environmental community at Emerson.

Members of Earth Emerson had been pushing for a green space amid the concrete campus well before senior Rachel Hill, now co-president of Earth Emerson, joined the student organization of eco-activists as a freshman in 2010, she said.

“Emerson is noticeably bare of green life,” said the writing, literature, and publishing major, who has been one of the student leaders championing the garden. “We envisioned a rooftop garden with the notion that we are a vertical campus.”

After drafting an unsuccessful petition for students two years ago, Hill and other members of Earth Emerson gathered for their first meeting of the school year in September, determined to bring more green to the college’s roofs.

Van Vlandren, who started working in July 2013 as Emerson’s first sustainability coordinator, said he explored the idea of a rooftop garden, but concluded none of the buildings’ current structures are suited for such a project.

“A lot of the roofs aren’t built to hold the weight of a garden,” he said. “There aren’t guardrails in place, and it will a lot of cost money to change a roof to make it usable.”

Van Vlandren said he explained the obstacles and presented an alternative idea to members of Earth Emerson during the group’s first meeting in the fall.

“Instead of doing a garden in one place, why not do a garden in every place? Emerson has no land that is not covered by the footprint of the buildings,” he said. “But what we do have is verticality — we have tall buildings with great windows, and most of them have deep indoor window sills.”

Earth Emerson got behind the idea, said Hill.

“[The garden] will eventually be accessible for everyone,” she said. “People will be able to appreciate the garden and get the benefits of having a garden in their work and living space.”

Volunteer student gardeners will be responsible for monitoring and photographing the tiny crops and keeping a journal, said Van Vlandren.

A variety of organic crops will be grown, including radishes, spinach, carrots, kale, three different kinds of lettuce, chives, dill, and parsley, said Van Vlandren, who ordered the seeds from High Mowing Organic Seed, a farm in Vermont.

While senior Jacqueline Garcia said she wouldn’t be interested in being a gardener, she is looking forward to catching a glimpse of green growing on campus.

“It’s refreshing to have something to look at other than metal, stone, and paint,” said the marketing communication major.

Van Vlandren said not only students, but also faculty and staff members, were eager to get behind the idea of a gardening space at Emerson. So he assembled a Garden Committee — a group of students, faculty, and staff who are passionate about horticulture.

Suzanne Hinton, director of the office of service learning and community action and a member of the Garden Committee, works on Walker’s 10th floor, where one of the first planter boxes will be placed.

“Taking care of plants or any living thing hopefully reminds people to take care of themselves and others,” she wrote in an email to the Beacon. “Thriving plants usually means thriving people.”

Hill and Van Vlandren said they hope the garden can eventually grow enough herbs to be used on campus by Emerson’s food service provider, Sodexo.

“A benefit will be encouraging Sodexo of taking advantage of the ultra-local, organic produce that we’ll be producing,” said Hill, who is also part of the Garden Committee.

Hill said this was discussed with Sodexo’s sustainability director in the fall, but since the spring semester began, Sodexo has not had a sustainability representative.

Van Vlandren said he hopes the garden will become a symbol of Emerson’s commitment to sustainability.

He is currently accepting applications for student gardeners. In less than a week, he said he has already received about 10 applications.

“There is something fundamentally very satisfying about working with soil and plants and seeing things grow,” said Van Vlandren. “I recognize it is a very meaningful activity for a lot of people, and to be able to give students access to that is important.”