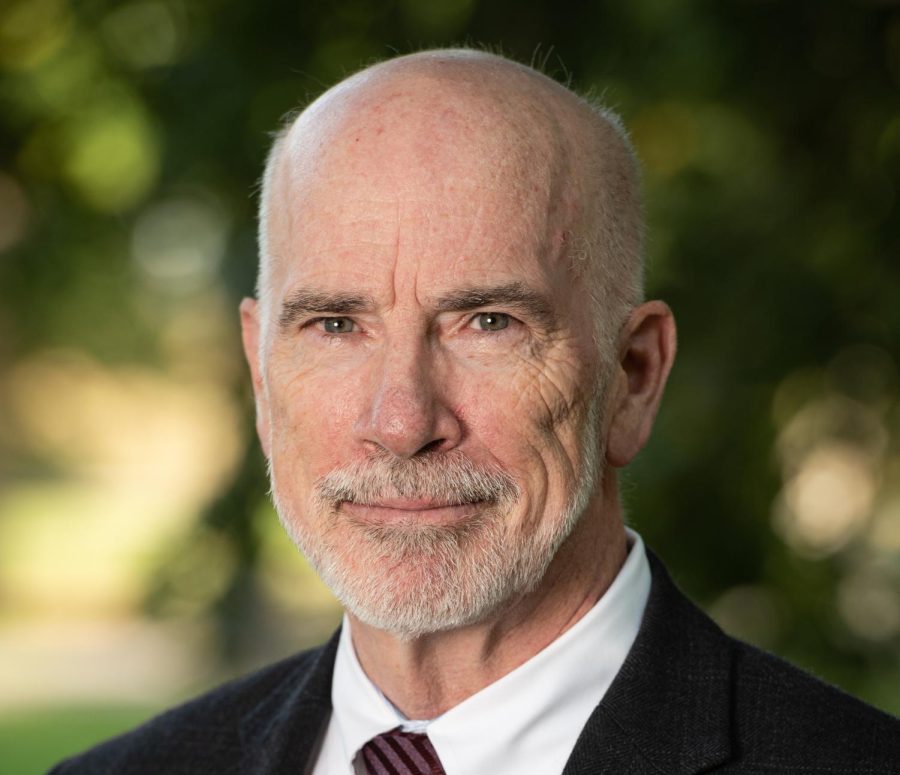 More than four months into his tenure in the college’s top job, Interim President Bill Gilligan described himself as a steady hand who will guide Emerson through a period of immense transition.

Gilligan, a former faculty member and vice president who retired at the end of 2020, took over the presidency on June 1. Initially, the college intended to find a full-time replacement for departing President M. Lee Pelton, but with the presidential search needing additional time, Gilligan was asked to fill the position in May.

Gilligan said he had been “enjoying being retired” when he received a voicemail from Board of Trustees Chair Eric Alexander ‘78 congratulating him on achieving professor emeritus status at the college. When he returned Alexander’s call, the ask came.

“He said, ‘We want you to come back to be an interim president,’” Gilligan said. “‘I don’t know for how long, but it may be for a short period of time.’”

“So after I picked myself up off the floor, I thought about it,” he continued. “[I] talked to him, talked to my wife, called him back, and said I would do it.”

Gilligan said the presidency puts a “capstone” on his 36-year tenure at the college, where he started as a computer professor and rose through the ranks to become a vice president.

“It was humbling, and it was a great honor to be asked,” he said. “When you spend most of your career in the same place, with a different progression of jobs … every time you try something different, you learn something new.”

Because of this attitude, Gilligan felt he was being offered an opportunity that he “couldn’t say no to.”

“I wanted to learn more, and I wanted to say yes to the honor,” he said.

Gilligan has taken up the position as students return to in-person learning despite the ever-present threat of the pandemic. As vice president for information technology, Gilligan said he was not very involved in plotting the college’s reopening on the academic side—something he made an effort to catch up on when assuming the presidency.

“I’m really proud of the way that Emerson responded [to the pandemic]—and when I say Emerson, I mean everybody,” he said. “Having taken great pride in that [reopening process] but not having been a core component of it, … I considered that to be a very important responsibility for me to get up to speed on, so that I could be part of the continuing, solid effort to respond to COVID as everything unfolded.”

Pelton’s predecessor, Jacqueline Liebergott, took up the presidency on an interim basis before becoming the president full time, a role which she served in for 19 years. Gilligan said he has no intentions of following in her footsteps.

“I’m not interested in being the president on a permanent basis,” he said. “They probably knew that, and that’s a good criterion … for picking somebody to be an interim president; it simplifies the presidential search process if the person who’s sitting in the interim role isn’t trying to become the permanent president. That’s probably the best reason to ask me to do it—I’m not interested in the job for the long haul.”

Gilligan also said he has “zero” input on the search for his successor.

“That’s by design,” he said. “It’s very typical that whoever’s in the role of a president doesn’t play any role whatsoever in the search for a replacement.”

Instead, the search is being led by a committee made up of board of trustees members, administrators, faculty members, and current students.

Despite his caretaker status, Gilligan stated that the presidency has been a rewarding—if challenging—experience thus far. He said he sees his job as “projecting confidence, continuity, and stability.”

Yet, the college currently faces a challenge in manning several key positions; since the end of 2020, Emerson has seen the departure of a number of high-level administrators, including Pelton, former General Counsel Christine Hughes, former Vice President of Diversity and Inclusion Sylvia Spears, and Provost and Vice President for Academic Affairs Michaele Whelan.

Gilligan attributed much of the turnover to Pelton’s decision to depart the college in order to helm the Boston Foundation.

“When a leader of 10 years announces that they’re leaving, other people who were close to that person probably look at [other job] opportunities more closely than they had previously,” he said. “It’s a naturally occurring phenomenon.”

The college has launched a search for Spears’ replacement, he said, but will not fill the provost position on a full-time basis until a new president is hired.

“The provost oversees the core business of the college, the academic affairs,” Gilligan said. “That really should wait until there’s a permanent president.”

The search for Spears’ successor will be directed by Gilligan and the administration.

“We are working right now on a process to choose … a national search firm with a great reputation for finding high-quality people in the ‘diversity, equity, and inclusion sphere,’” he said. “Once we’ve gotten that search firm, we will put together a search committee of people on campus that will include administrators, faculty, and students, and we’ll go through a search process. … It’s not something that you want to hurry.”

With Pelton’s presidency focusing on expanding the college’s reach and strength as a liberal arts institution, Gilligan said he had no intentions of pivoting the college’s focus back to its professional majors.

“I would hate to think we had to make a choice between them,” he said. “I addressed the incoming class at the Majestic Theatre just about a month ago, and one of the things I said to them was to seize the opportunity to dive in on the liberal arts core that we have here because it will inform their ability to function in the discipline that they’ve chosen; I said to them, ‘it might just make you a more interesting person.’”

Despite his years of experience at Emerson, Gilligan said taking on the presidency has given him a new view of the college’s mission and operation.

“It doesn’t matter how long you’ve been at an institution,” he said. “Sitting in the different seat—and this is a really different seat—you see things from a different perspective. The biggest surprise is how different the perspective is; it’s different everywhere you look at it.”