The Berkeley Beacon • May 10, 2020 • https://berkeleybeacon.com/issel-solano-sanchez/ 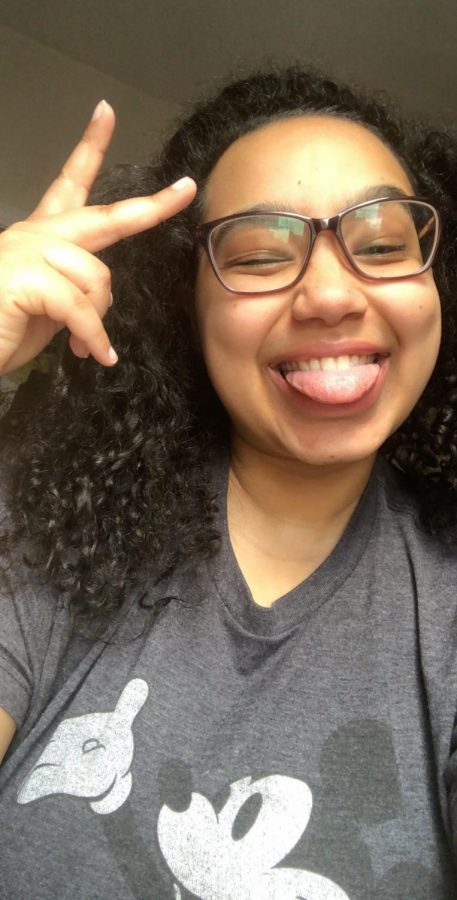 The first person I called was my mom. Both my parents are immigrants, so I feel like sometimes things can go over her head because I don’t even think she gets the parent emails or anything. I’m from Boston, so I wasn’t going anywhere. I always knew that was a privilege; I never had to worry about moving across the country or taking a train or anything like that.

I’m a first-generation college student. I think every first-generation student has their own feelings about college. For me, for my whole life, my parents have been telling me that I’m going to go to college, I’m going to get a bachelor’s degree. I’ve envisioned myself doing that for such a long time. I still graduated, I still have my bachelor’s degree, all that is still there, it’s just pretty sad to not be around friends and families to celebrate the accomplishments.

I’m the Student Government Association Class of 2020 president, so I had literally just planned all of senior week. And then this happened. The only reason I became class president was to plan senior week, and then it didn’t happen. I’ve been keeping myself busy, so I don’t think about it, really. It’s hard to dwell on something when you’re busy doing work and applying to jobs, things like that. Jason Meier and me and a group of seniors have been working closely trying their best to make sure that our celebrations do happen, and trying to make sure the class of 2020 isn’t pushed aside—that Emerson does recognize us, and recognize the work that we’ve put into our college careers for the past four years.

I think I’ll miss the sense of community at Emerson the most. Where Boylston and Tremont intersect, you see everyone and anyone, and you say hi to 10 different people. Being able to see my friends and having all of my friends in one space is really nice. I had no plans this summer, I was just going to get a summer job. I’m a tour guide at Emerson, so I wanted to be a tour guide at Fenway Park. Clearly that’s not happening, because baseball season is canceled. Now I’m scrambling and trying to figure out where I’m going to get income. I don’t even know what kind of job I should get right now—it’s a very confusing time in that sense.

I’m currently in an apartment in East Boston, and I do have plans to move back home at the end of this month purely to save money. It really depends on the situation, but my goal has been to move to LA by September, and that’s still my goal.