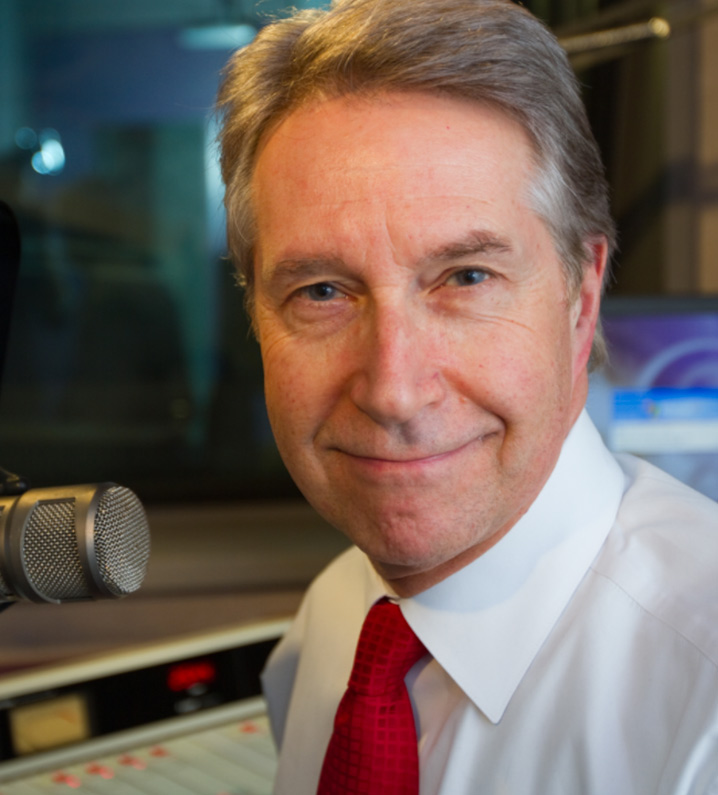 While Jack Casey may have retired from his role as general manager of Emerson’s WERS radio station, don’t expect the Emerson alumnus to leave the college anytime soon.

Casey, who officially departed from the general manager role at the end of May after 16 years, has a long history with the college, encompassing his growth from student to professor to general manager of WERS. Following his 16 year stint as GM, Casey will return to his original Emerson occupation — as a professor of radio programming.

Casey graduated from Emerson in 1969 and during his time at Emerson hosted a 6 a.m. news broadcast for the college’s independent radio station, WECB. It was then that Casey realized becoming a Radio DJ was his life’s mission. He went on to host a variety of radio shows, such as “Romance in Music” for 99.1 Easy F.M. in Plymouth, MA.

In 1983, Casey rejoined the college as an adjunct professor, teaching a course on radio programming. The decision, he said, was rooted in an impromptu encounter with Fran Berger, then WERS’s general manager.

“I was kind of loitering in the hallway of WERS and one of the students kicked me out of what they used to call master control,” Casey said in an interview with The Beacon. “Berger came around the corner and she was like, ‘Can I help you?’ I introduced myself and said I had just come back to Boston to put a station on the air. So we talked for about an hour. When we were through, she said, ‘I think you should teach.’”

Casey taught radio programming at the college until 1986, before leaving Boston to host a radio show in Kansas City from 1986-95. Upon his return, he met Alden Fertig, who was the assistant to the general manager at WERS at the time. Fertig would later convince him to apply for the long-vacated role of general manager of the station.

“They had gone through several people, people left for one reason or another,” he said. “Alden was kind of holding down the fort; they, at that point, were shopping the position around.”

Casey, who had been studying for his chiropractic board exams, was initially reluctant to commit to a full time position.

“I said to Alden, ‘I think I’m just going to finish boards and be a chiropractor.’ He said, ‘No, this job is perfect for you.’ So I applied,” Casey said.

The interview process went on for seven months, and included a hiring committee of students, faculty, and others to vet the candidates.

“It was a very thorough vetting process,” Casey said. “I guess I was the last person standing for one reason or another, and I got hired.”

Casey would be the general manager for 16 years, helping grow the once-small budget, almost fully-Emerson funded station into a million-dollar station with a slew of accolades behind it.

“When I took over in ‘04, we were almost 100 percent dependent on the college for all of our financial undertakings,” he said. “In the 16 years that I’ve been here, we’ve seen that number increase every year. The last several years, including last year, through the midst of the pandemic, we still did over a million dollars in revenue.”

Casey credited the million-dollar revenue to the hard work of the WERS staff, noting the recognition the station has accumulated over the past years.

“We became the highest rated student-run station in the country, according to Nielsen,” he said. “Several of those years, we were the number one college-owned station in the Princeton Review. It’s hard to top it for job satisfaction.”

His successor, former Operations Manager Howard Simpson could not be reached for comment on this article.

Casey said the biggest challenge facing him as he heads back to the classroom will be tackling the internet-driven media and helping students find radio’s place in a world full of streaming services and SiriusXM.

“Radio doesn’t occupy the same place in the culture that it did when I got into radio,” he said. “Radio was the cultural conduit for popular music, for rock and roll, for R&B—if you wanted to be part of the youth culture, radio was right at the center of that. Now, it’s really the internet and everyone’s personal platform of choice, or just word of mouth—it’s very different. Radio has to really fight to keep its place among people’s choices for media.”

Casey said he is interested to see his students’ plans for keeping radio alive in the modern era of Spotify, Apple Music, and other streaming services.

“You’re programming a station in Boston or Chicago, but maybe a third-to-a-half of your listeners listen to Spotify every day,” he said “So what do you do to combat that? A lot of things that will be fun and creative, but also challenging for people who are looking at radio as a possible career.”

Casey said he plans to fill some of his newfound free time by becoming a personal trainer for a few clients at his wife’s chiropractic practice. With all the twists and turns in his professional life, he said one thing remained constant across each position.