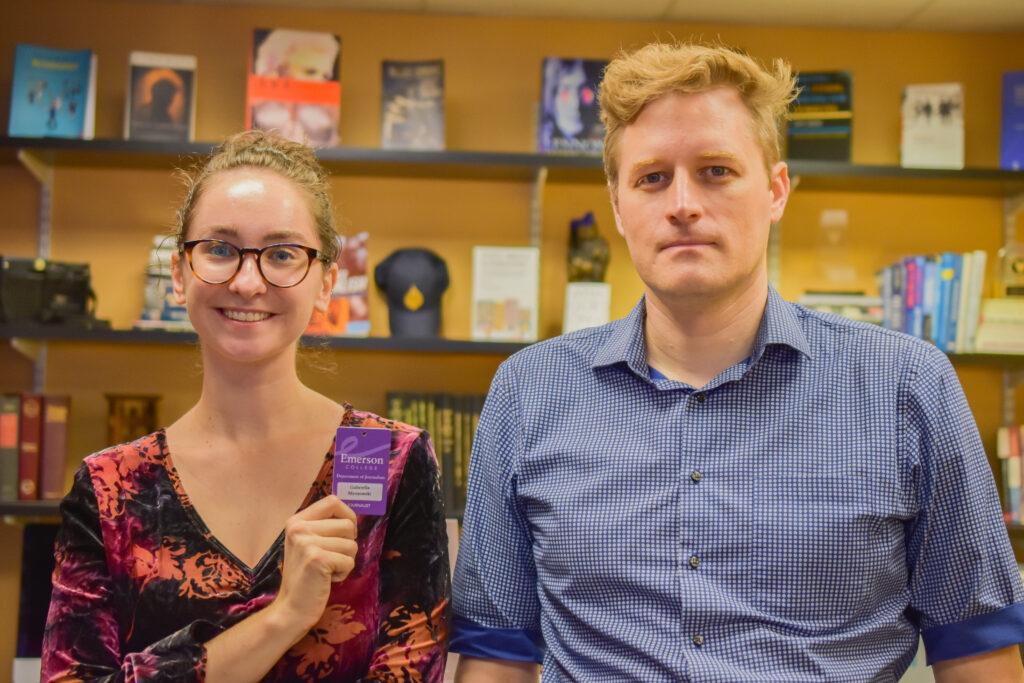 The Journalism Department plans to hand out badges identifying each student in the program and their experience with certain journalistic equipment by the end of this week.

The department rolled out the ID system last year to keep track of which students have certain safety and equipment credentials. Each student’s name will be printed on the front, with stickers of the badges they collect on the back.

The IDs allow students to easily identify themselves as part of Emerson’s Journalism Department, although they do not act as press passes. It also creates a system for the Emerson College Distribution Center to more readily know who can take out certain equipment with a quick look at the back of the badge.

There is a safety marker that goes on the IDs, which students need to renew every academic year on Canvas, and software and hardware-related badges involving Final Cut Pro and DSLR cameras.

“The theory is that once you’ve passed that badge we know you’re checked in on the technology,” Administrative Associate to the Chair of Journalism Christopher Wilson said. “It makes it easier for the faculty to know who’s been trained on what. It also makes it easier on the EDC to know who’s checked out on certain equipment and who can take it out.”

Wilson said the Journalism Department historically ran into issues with equipment policies, years before he started working at Emerson.

Journalism Department Chair Janet Kolodzy and Wilson stressed how the ID program is for the curriculum and to also keep track of who can take out certain equipment.

“Those [skills] are really something the students are going to need, not merely because they’re in a 200-level or 300-level journalism class, but pretty much to establish a technology integration habit,” Kolodzy said.

“I’ve been taking stuff out of the EDC for a really long time and, in the past, to take out cameras since I’m not a VMA major, I’ve had to go through the online badges, but I haven’t had anything physical to show the EDC,” she said.

Clarification 9/14: This article has been amended to replace the phrase  “badges” with “IDs”.