Jumbos too strong for Emerson 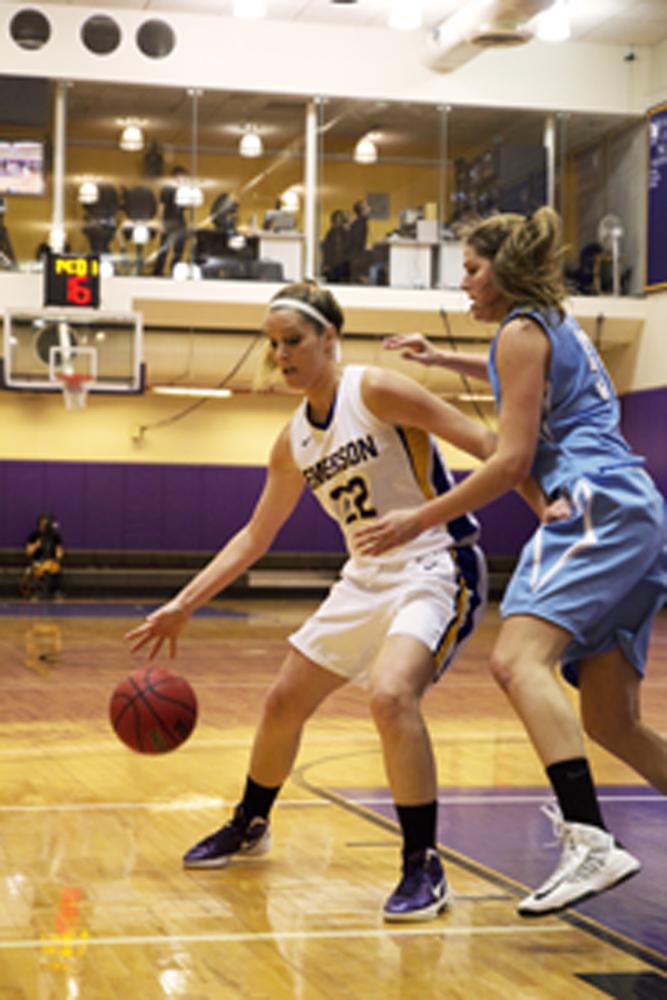 Kristin Brice kept the women’s basketball game against the Tufts University Jumbos competitive Tuesday night with a double-double, although the contest was physical in the paint.

Emerson lost by a final score of 43-61, despite what head coach Bill Gould said was the sophomore forward’s best game of the season.

The Lions, now 2-5, brought their losing streak to five games, but Gould said a breakout performance against the 10th ranked team in the country will give Brice the platform to succeed this season.

“In other games, she shied away from that physical contact,” Gould said, “but this is the first game where she played against really good, physical, strong players and she still was effective. I think that is a big step in her maturation process and should be good for her confidence.”

Brice scored the first six points for the Lions and 16 overall for the game, while no other Lion reached double digits. She also led the team in rebounds with 10 for her second double-double of the season.

“Kristin is definitely one of our top players and a huge asset going forward with scoring and rebounding,” said Shannon Norton, a senior team captain.

Brice said the 18-point loss was an improvement on the last time Emerson played the Jumbos exactly one year ago, in which the Lions were routed by 39 points. She attributed her success to playing physically.

“We came out to compete, and I thought we did that,” said Brice, a sophomore marketing major. “I think it shows we can compete with anyone.”

Gould constantly yelled at referees during the match about a lack of foul calls on the physical play in the paint. He said the officiating body sent out an email before the season that said physical play would be monitored tightly.

“You can’t just drape yourself on a kid, shove her out of the way, and then say, ‘Well, it’s incidental contact,’” Gould said. “That’s a point of emphasis, so call the damn foul. You can’t say, ‘Well they are just physical; No, they are fouling, and there is a difference.”

The physical nature of the game kept the referees busy with 39 fouls called, but Gould said that it was not enough.

Emerson started playing non-conference games on Nov. 17 and won their first two. However, the Lions have not won a game since Nov. 18. The conference schedule does not start until Jan. 9 against Johnson & Wales University. Gould said the team’s toughness will have to improve, but that may take some time.

“We are not quite as good and not as physical,” the coach said, “so that is the level that we need to get to and that’s not going to happen overnight.”

The Lions were sloppy in possession, turning the ball over 22 times, over twice as many as the Jumbos, which let down some impressive Emerson defense.

“We need to do a better job continuing to handle the pressure,” Gould said. “We had too many turnovers.

Norton agreed, saying that the Lions must get better offensively to support their defensive play.

“Right now we just need to work on getting our shooting percentage up because our defense has been pretty stellar recently,” the guard said.

Norton said she was encouraged by the squad’s effort against Tufts, and wants to carry that into their Great Northeast Athletic Conference games.

“It’s a good test at the beginning of the season, especially when we play conference teams that aren’t even half as good as Tufts is,” she said. “As long as we play like this in our conference games, we can beat anyone in our conference.”