The Berkeley Beacon • May 11, 2020 • https://berkeleybeacon.com/junior-food-blogs-her-way-around-boston/ 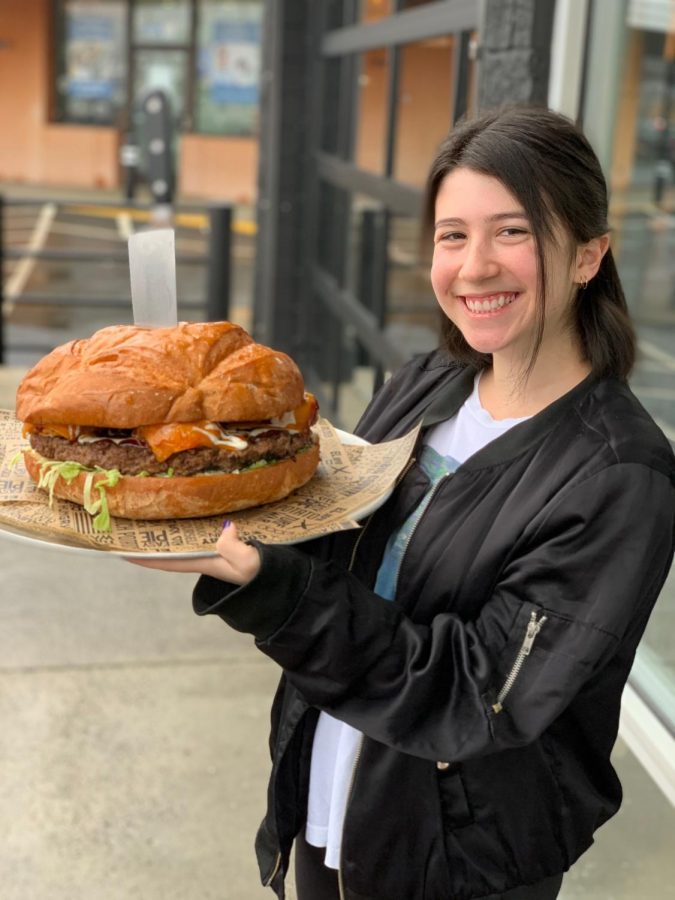 Junior Tea Kingley called herself “the pickiest eater in the world” for the first 19 years of her life. While studying abroad at Kasteel Well in her sophomore year, she was determined to expand her palate by taking advantage of the authentic European foods.

Kingley has uploaded hundreds of photos of the meals to her popular food-themed Instagram account @teaseats, where she constantly showcases dishes from restaurants around both Boston and New York City. The account has more than 5,000 followers.

After seeing a lack of useful and informative food pages on Instagram, Kingley decided to create her own page in 2019, right before her junior year.

“All of the very popular food pages were just reposting pictures of other people’s food and they don’t even say where you can get it, and that just always bugged me,” Kingley said. “I want to know where I can eat this because it looks really good.”

In each caption, Kingley lists the name and location of the restaurant, the name of the dish, and an in-depth review of the food.

Within the first month of creating the page, Kingley gained more than 1,000 followers and began receiving partnership invitations from Kane’s Donuts and Mexican-Lebanese fusion restaurant Loquito. These brands and restaurants reached out to Kingley offering a free meal in exchange for a post.

Kingley currently has two ongoing partnerships with Kane’s Donuts and health food restaurant Honeygrow. As a part of her contract, Kingley picks up a six-pack of donuts from Kane’s every month and shows off their new flavors on her page. For Honeygrow, Kingley posts new menu items as they change seasonally.

Junior Casey Duby, who occasionally goes out to eat with Kingley, said that she thinks the page helps restaurants bring in more customers.

“I always see the restaurants that she’s posting about comment on her page. It’s such a win-win for everyone involved,” Duby said.

While Kingley does receive sponsorships, she said she finds the majority of the restaurants she endorses by dining on her own. Kingley refers to these outings as her “Tea’s eats” adventures.

“I spend so much time researching restaurants, looking at menus and figuring out where I want to go,” Kingley said. “I want to find the best food that’s out there.”

Typically, when a sit-down restaurant reaches out to Kingley’s page, she is given specifications on whether she can bring a plus one or not and how many dishes she will be given. Kingley said she is always looking for new people to go on “Tea’s eats” adventures with her.

Junior Brett Boon, who often tags along as a plus one, said Kingley easily masters the art of finding the best obscure food spots in every city she goes to at reasonable prices.

“It’s easy to be stuck in the Emerson bubble, but being friends with [Kingley] and going on adventures has really brought me around Boston,” Boon said in a phone interview from New Jersey. “[Kingley] took me to this one place that had ten different courses and it was only 50 dollars a person. She knows how to find a deal.”

This isn’t Kingley’s first successful social media page. At the age of 12, she created a fanpage for the Hunger Games series, reaching an audience of more than 100,000 followers. She partnered with Lionsgate for the series finale by posting newly released videos and trailers to create buzz for the upcoming film. Kingley was also invited to the Los Angeles premiere of The Hunger Games: Mockingjay – Part 2.

Kingley, who still regularly posts cast member related updates to the page, said after the popularity of the Hunger Games franchise wore off, she was eager to create a page for something new.

“My dad kept bugging me that I should do this again with something else, but I didn’t want to make something else just for the clout,” Kinglsey said. “I wanted to do something because I actually care about it.”

The reason Kingley wasn’t always able to eat a variety of foods is the same reason why she is now able to enjoy unfamiliar foods. Kingley calls herself a “supertaster”— someone who experiences taste with great intensity. As Kingley began to sample European dishes while studying in the Netherlands in the fall of 2018, she began to enjoy trying new foods.

Kingley said she has found a healthy balance between being a full-time student and an online influencer.

“I am a classic Emerson student in that I super over-commit myself,” Kingley said. “I do think that having all of these commitments has taught me a lot about time management.”

As a marketing and film major, Kingley is currently the president and creative director of Emerson’s student operated marketing agency Emcomm and the treasurer for Emerson’s Jewish student organization, Hillel. Kingley is also the designer for the Emerson College app for students.

Since the COVID-19 lockdown, Kingley has been mainly posting about restaurants she’s eaten at previously that are still open for carryout. Kingley, who is still living on the Boston campus, said she is trying to use her influence to help local businesses stay afloat.

Kingley said she was disappointed that popular campus coffee shop, Explorateur, closed its doors this spring, but is looking forward to trying new eateries such as Tatte Bakery, Guy Fieri’s Boston Kitchen and Bar, and Chicken Guy! when they arrive on campus.

For the number one meal in Boston, Kingley recommends the Arsenale menu at the South End Italian restaurant SRV. For a more casual option, she calls Tatte Bakery’s avocado & sweet potato fritter tartine “to die for.”

Set to attend Emerson’s Los Angeles campus in the fall, Kingley is eager to expand her page to a West coast audience.

“The food in Los Angeles has a completely different background,” she said. “Since I’m so familiar with just Boston and New York, it’ll be really cool to explore a whole new food scene.”