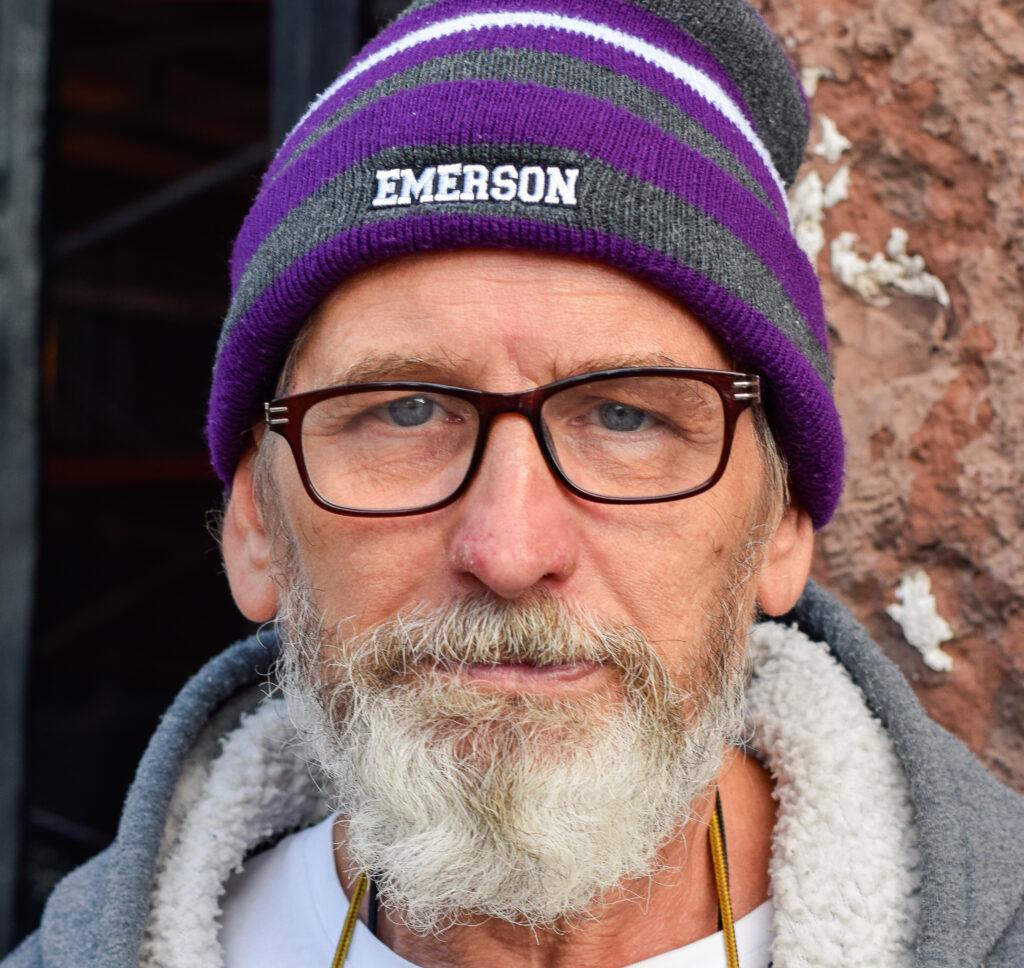 Editor’s note: Continued coverage on this story can be found here.

Junior Karigan Wright, like many students, walks by the 2 Boylston Place alley everyday when hustling through the crowded sidewalks to get to class. A couple of weeks ago, Wright noticed a homeless man standing by the alley entrance, telling every passerby to have a good day.

“I had, like, passed by him a couple of times,” Wright said. “And every time, he was like, ‘Have a good day.’ And I just thought that he was so sweet. So I think one day I found a $20 bill in my bag or something. So I gave him some money. And then I asked him if he needed food, so he told me what he wanted and I went and got it. He said he would eat anything but sushi.”

After stopping to give him food and money a couple of times, Wright still felt like her actions were not substantial. Wright decided to start a GoFundMe for Smiley—the nickname the man requested to be referred to instead of his legal name for safety reasons.

Wright created the GoFundMe on Sept. 25. The next morning, donations reached $80. Wright said she shared the page on Snapchat, Facebook, Instagram, and Twitter, and talked about it with friends and in classes.

“Now it is,” she paused and searched in her bag for her computer, “I’ll check. It’s very high.”

All the money raised through crowdfunding will go to Smiley and his two friends to help them afford housing. Currently staying at homeless shelters nearby, they hope to get a four-room home outside of the city before winter comes. Three of the rooms will be for them to live in, and the extra room will be dedicated to helping others in similar situations get back on their feet.

Wright said the three friends have bank accounts set up, so she will transfer the money directly into their accounts.

When Wright shared the GoFundMe with the Emerson community, many immediately identified Smiley and expressed affection towards him.

“He told me the other day, he was like, ‘I don’t stand out here and shake my cup of change and, like, ask for money. I talk to people, tell them to have a good day,’” Wright said. “Because he wants to do whatever he can to spread kindness, which I thought was amazing.”

When junior Jacob Solkoff came across the GoFundMe for Smiley, he didn’t hesitate to donate $20 and encourage his friends to do so. Spending the summer in Boston, Solkoff said he interacted with Smiley regularly.

“He’s just such a nice person,” Solkoff said. “He says hello, good morning, and he always has a smile on his face. Even when I can’t give him money, he’s still just as nice.”

Wright said Smiley told her that if they do find a place to live, he intends on coming back to campus to thank Emerson students who helped him and his friends.

Smiley has been homeless since November and is hoping to find housing before it becomes a year. Wright said he never shared how he became homeless with her.

Wright continuously updates Smiley on the rising donations. She told him when they hit $1,000. She visited him again when they had reached $1,600.

Senior Isabella Pelletiere, one of Wright’s best friends, shared the GoFundMe on her social media accounts last week to encourage other students to donate.

“I’m so proud of her,” Pelletiere said. “And this is going to change these guys’ lives. And without her, this wouldn’t be possible.”

Wright said the GoFundMe is a perfect opportunity for students passing by Smiley everyday to help him.

“Obviously a lot of people have seen [Smiley] sitting at the corner, the entrance of the alleyway, but [Wright] was nice enough to go up to him and have a conversation with him and really get to know him and his situation,” Pelletiere said.

Wright said she initially reached out individually to donors as donations were coming in to thank them. With now over 200 donors, she couldn’t keep up.

“I just want to thank everyone for spreading it and sharing it,” Wright said. “Even if people don’t have money to donate, they’re posting it on social media. And I just think it’s really great that our school community could come together to do something so amazing. And I’m so grateful for everyone who’s donated and shared it.”

Copy Managing Editor Abigail Hadfield did not edit this article due to conflict of interest.