Kony 2012 video to be screened 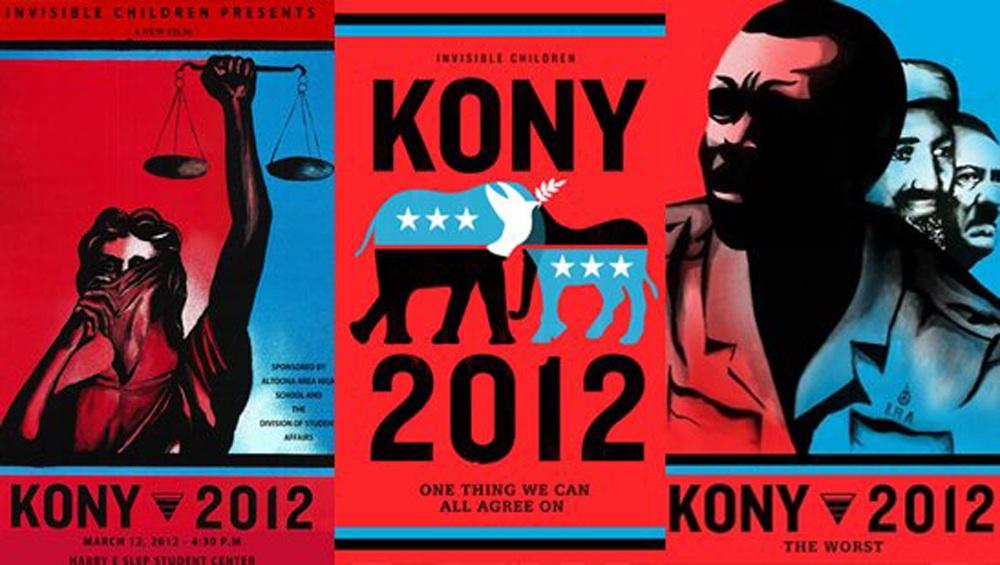 Representatives from Invisible Children, the advocacy group behind the controversial Kony 2012 viral video that calls for the arrest of a Ugandan warlord  will screen the film at Emerson this week.

They will speak in the Bill Bordy Theater April 1 at an event presented by Emerson Peace and Social Justice. The group will screen Kony 2012 and open a discussion about its campaign. This will be the third time Invisible Children — a group focused on raising awareness in central Africa — has visited the college.

The video is part of a social media campaign to raise awareness of Ugandan warlord Joseph Kony and the atrocities committed by the Lord’s Resistance Army he leads.

The Lord’s Resistance Army is an Ugandan armed rebel group created in 1987 under the leadership of Joseph Kony. The group is infamous for abducting children and recruiting them as child soldiers, according to Human Rights Watch, an organization dedicated to protecting the human rights of people worldwide.

The film aims to make Joseph Kony and the crimes against civilians known globally in order to round up popular and political support for his arrest.

“I really encourage people to come because it is a great way of communicating with people who are directly involved with the non-profit,” said Dylan Manderlink, a sophomore investigative theater for social change major.

This group of representatives from Invisible Children, known as roadies, tour the country twice a year to screen a documentary, spread awareness, and raise funds for Invisible Children recovery programs, according to the organization’s website.

Rosa Colman, an 18-year-old from Olympia, Wash., is one of  the roadies coming to Emerson. This is her first time touring as part of the foundation.

“We completely welcome all discussions, criticism, and questioning of our organization and of the approach we use,” said Colman. The New England team visiting Emerson is made up of four North American roadies and one Ugandan roadie, Adonga Quinto. As a young adult, Quinto witnessed LRA soldiers attack his community, according to Colman.

Colman said Quinto, a 40-year-old native of northern Uganda, currently works full-staff in the Invisible Children offices in Gulu, Uganda. This is his first tour, and his first time outside of Uganda.

“I think that adds a level of sensitivity that people should be aware of coming to the screening,” Manderlink said.

Manderlink said this is a unique opportunity for students to hear a direct testimonial of someone who has been effected by over of 25 years of conflict.

But since the Kony video’s Internet debut, controversy and criticism surrounds the marketing tactics being used by the nonprofit.

A video of Jason Russell, co-founder of Invisible Children and narrator of the film, roaming naked in the streets and hitting his fists to the concrete sidewalk was released on TMZ several days after the documentary was first posted.

“It was a psychological breakdown, he was not arrested. He was not under drugs or alcohol. It was all the pressure of the two weeks of criticism and sudden popularity,” said Colman.

Colman said she understands why people are concerned about the situation, but encourages them to approach this incident with a sense of empathy.

“He never wished this campaign would be about him, but because the film was so personal, it suddenly became about him. And none of us, especially not his family or his children, were prepared for that,” she said.

Visible Measures, a company that measures online movements, said the Kony2012 documentary is turning into the fastest growing cause-marketing campaign.

The video generated 112 million views nine days after its March 5 release, making Kony2012 the most viral video of all time, according to Visual Measures.

“We need to ask ourselves: is this how the future of activism will be? That by re-posting a video you’re suddenly an activist? I think we need to take a closer look at the medium rather than the message,” said Hammarth.

Anita Kalaitzakis, a sophomore journalism major, said the video was successful in making Joseph Kony famous and bringing attention to Uganda, but the call to action it incited was only a short-lived spark.

“Now, we are really committed to seeing this movement come offline and move people into action. That is where we are heading as an organization,” said Colman.

Manderlink said she encourages both supporters of the campaign and those who are against the video to attend the screening and be open to engage in a critical, yet constructive conversation about the film.

Sophomore broadcast journalism major Brianna Baxter said the social media conversation initiated by the Kony2012 campaign is a testament to the character of the younger generation.

“It is important to think as a generation about who impacts our lives and how we can call them to action,” said Baxter. “We need to start thinking about global issues more than just the home front.”