Largest meeting room on campus to open in Fall 2021 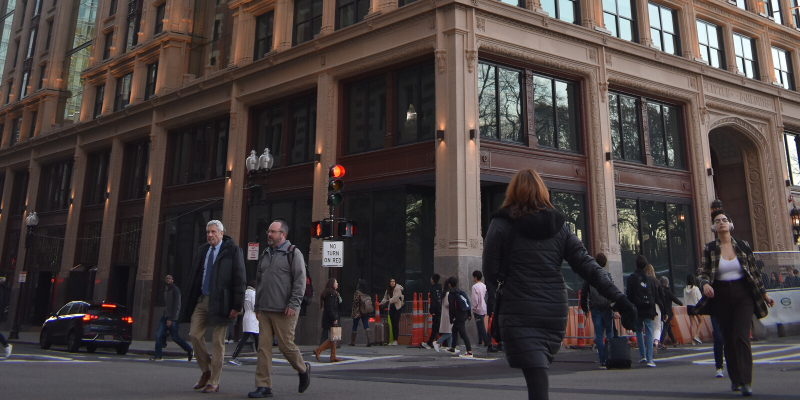 The college plans to create a meeting space opening in Fall 2021 for around 300 people in the Little Building known as The Commons according to a college official.

Duncan Pollock, assistant vice president of Facilities Management said members of the Emerson community will get priority when booking a space that will likely host events such as the organization fair and faculty assembly meetings, Pollock said. Outside groups will also be able to rent The Commons.

James Hoppe, vice president and dean of campus life, said the college’s Business Services will manage The Commons, and it will likely be on Spacebook, an online space reservation system. Hoppe said the space became available for college use after an attempt to turn it into retail locations failed with potential tenants.

“I’m excited, it’s long overdue and something we really need,” he said in an interview “It’ll serve a really important function on campus.”

The largest bookable meeting area on campus is the Bill Bordy Theater which fits 160 people—half the size what the Commons might hold. An additional lounge and pre-meeting room will hold approximately 100 more people.

College officials previously floated the name “The Commons” for 172 Tremont St. after Campus Center Director Joshua Hamlin sent an email to student organizations and leaders in August 2018. Some students at the time found the potential name confusing due to its proximity to Boston Common.

The room can be set up in a variety of ways to suit different groups’ needs such as for a banquet or a speaker. Hoppe said The Commons can subdivide into three separate rooms if necessary.

“We want to make [The Commons] as multi-purpose as possible from an event standpoint,” Pollock said.

Pollock said President M. Lee Pelton hoped for a large meeting space of this style for a while.

“At this point, I think it’s exciting to have something like [the Commons] coming along

because we just don’t have that,” Pollock said.