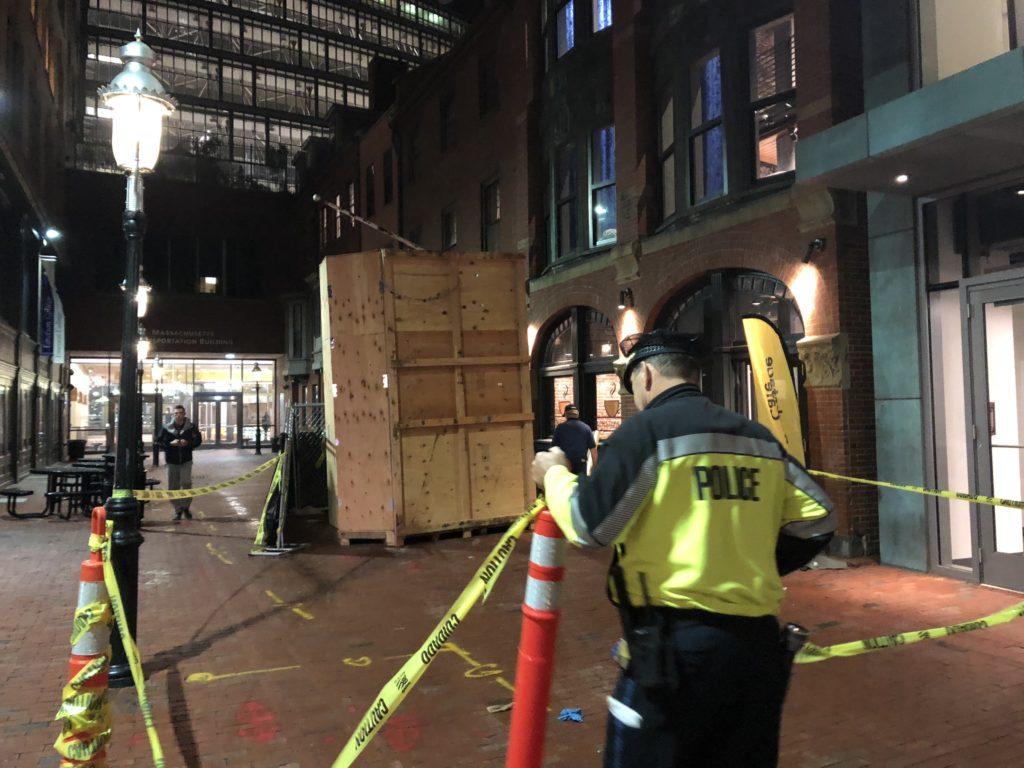 The statue of Emerson alumnus Norman Lear, ‘44, arrived at the Boylston Place Alley outside of Backstage Cafe Monday.

Kevin S. Bright, ’76, television producer, member of the Board of Trustees, and Founding Director of Emerson Los Angeles commissioned artists David Duskin and Peter Schifrin to create the statue in March 2017, Schifrin said. The artists traveled across the country from San Francisco to help install the statue on Oct. 1 before its unveiling on Oct. 4. Until then, the statue is in place, but Lear’s face is covered.

The sculpture went through many different draft iterations, according to the artists. Schifrin said the sculpture displays Lear in a relaxed position, holding a script of his first major work “All in the Family.” Duskin and Schifrin used a technique called inflated bronze—metal sheets welded together and then inflated—to make Lear’s backdrop look more inviting, according to Duskin.

“As far as we know, this is the first inflated bronze [sculpture],” Duskin said.

The statues unveiling will take place on Oct. 4 at 5 p.m. in the Boylston Place Alley.