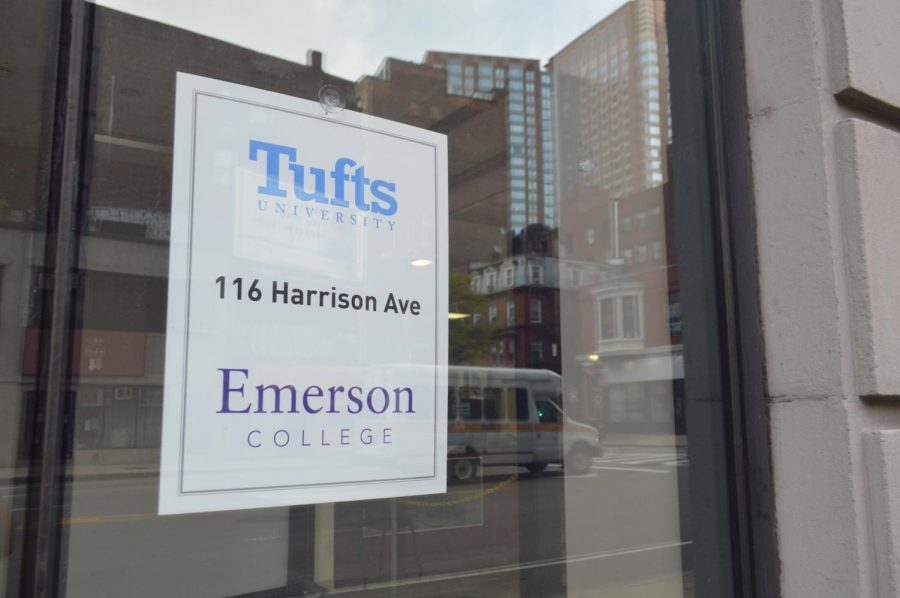 Emerson has reported 5,093 total tests have been conducted as of Sunday, with five positives, according to the college's website.

Testing all Emerson students weekly is both a noble goal and a requirement this year. It’s been widely proven that the most effective way to pin down the coronavirus before it spreads—or shortly after its transmission begins—is through frequent testing with fast turnaround for results. And so far, the college has delivered on its promises.

Hundreds of students have undergone quick self-swab tests. The vast majority have received negative results, which they found out through an online portal. Four days after the initial test, most underwent the process again. In fact, the testing process—coupled with the rule against large gatherings—is one of the most important measures allowing campus life to run smoothly so far. In all sincerity, we hope it stays this way.

Still, a sad reality remains. Off-campus students are just as likely, if not more likely, to contract the virus by trekking to Tufts Medical Center, where they are required to be tested. While testing at the facility right by campus makes sense for students living in the dorms, it is a far bigger ordeal for some off-campus students.

What’s the point of hauling them downtown when they could easily test at a facility closer to home? Why not allow them to test at a reputable spot right in their neighborhoods?

In an ideal world, administrators would create a list of trusted medical centers in neighborhoods in and around the city that house a swath of Emerson students. From there, the college could coordinate to directly receive test results from facilities on their pre-planned list. Otherwise, administrators could accept proof of a negative result, preventing students from potentially bringing the virus to downtown residents.

This plan would be easier and safer for the hundreds of students in question. That way, they could schedule the tests for any day of the week per their convenience, rather than sticking to days when they are already attending in-person class.

And more importantly, it would be safer for everyone. Allowing our off-campus peers to test far from campus would prevent potential crowds from building up at the center at the corner of Kneeland St. and Harrison Ave. For the student themselves, a neighborhood testing plan would mean they could avoid a scenario where they are infected en route from the testing facility to their quarantine location. It’s proven that the virus spreads through respiratory droplets and close contact—of which there is plenty on public transportation. A positive yet preventable COVID-19 case could occur just because a student had to take the T to receive their test.

Aside from the inconvenience, off-campus students are also likely to have to spend additional money for public transportation if they do not live in the vicinity.

Right now, all the tests administered by the college are carefully packaged and sent to the Broad Institute for processing. A different off-campus student testing plan could disrupt this careful process, but it would be well worth it.

Implementing the off-campus process is more important now than ever when a number of students who wouldn’t be off-campus in a normal year now are. While the dorms are still brimming with (hopefully socially distanced) students, new pandemic-era rules have allowed an influx of Emerson folks to coop up in small apartments with roommates to weather the storm.

For a healthy Emerson community, it remains vital then to grant our off-campus students the same convenience afforded to those on campus. At the end of the day, despite any inconveniences, additional testing means fewer potential cases. And fewer cases means everyone—students, staff, and faculty—stays safer.

In an already odd and sometimes anxiety-inducing semester, permitting off-campus testing is the least the college can do.

The Berkeley Beacon Editorial Board is the voice of the student newspaper that looks to serve the Emerson College community with thoughtful insight into ongoings and occurrences affecting their everyday lives. The board’s positions are determined by its members. The board consists of the editor-in-chief, managing editors, and opinion editors. The opinions expressed by The Editorial Board do not impact the paper’s coverage. You can respond to a position brought forward by The Beacon Editorial Board in the form of a Letter to The Editor by email: [email protected]