The Berkeley Beacon • May 1, 2021 • https://berkeleybeacon.com/lets-be-really-blunt-student-dealers-on-what-its-like-being-the-plug/

Let’s Be Really Blunt: Student dealers on what it’s like being “The Plug” 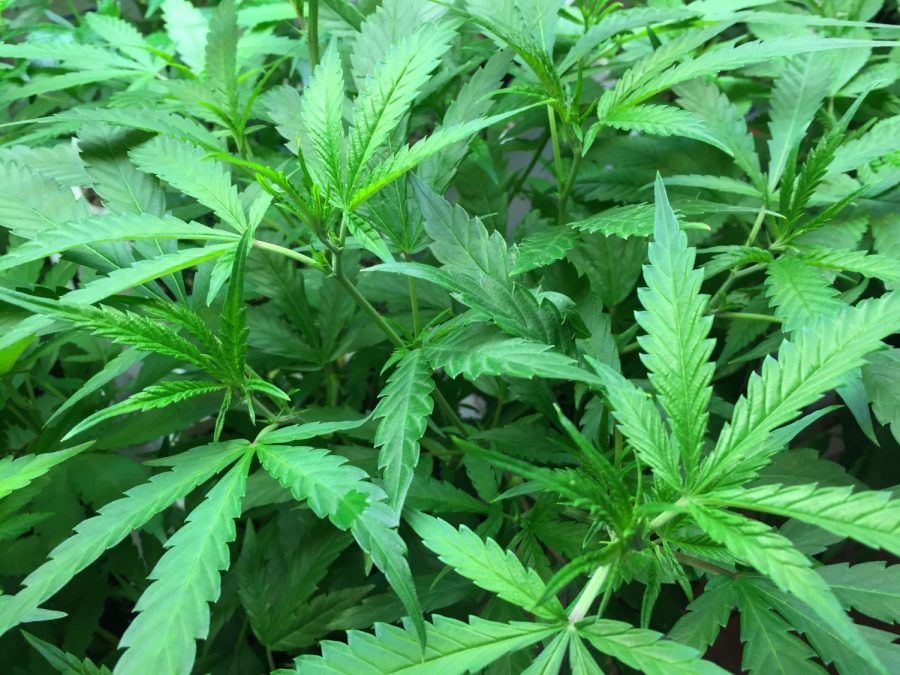 Three weed dealers––Jamie, Alex, and John––who spoke with The Beacon on the condition of anonymity, discussed their life as dealers on campus and how it impacts their customers.

By Campbell Parish and Karissa Schaefer

College students, often overwhelmed by the pressures of schoolwork, social life, and on-campus extracurricular commitments, not to mention jobs, have increasingly turned to weed as an outlet for their anxieties. In a 2019 study by the University of Michigan, 43 percent of college students reported using the drug at least once in the past year, the highest total in 35 years.

This is despite the fact that cannabis is legal for recreational use in only 16 states, according to Business Insider. Use of the drug for medical purposes— including mental health disorders, cancer, and chronic pain or nausea—is okayed in 36 states.

At Emerson, students face a strict no-cannabis policy in the residence halls, even if the student is above the age of 21 or has a medical cannabis card. However, the college’s alcohol policy is more flexible—students over the age of 21 are allowed to possess limited amounts of alcohol in their dorms, per college policy.

Due to the federal ban on use of the drug, Emerson cannot allow students to use weed in on-or-off campus housing, according to The Boston Globe. Yet, despite this fact, weed is legal for adults over the age of 21 in Massachusetts, thanks to a 2016 ballot initiative.

But college students are crafty, and to no one’s surprise, Emerson students have found ways to circumvent federal and college policies barring use of the drug.

Three drug dealers––Jamie, Alex, and John––who spoke with The Beacon on the condition of anonymity, discussed their life as dealers on campus and how it impacts their customers. All names have been changed to protect the identities of the sources.

Question: Why did you start selling weed?

Alex: I needed a source of money and I couldn’t get a job here because I just have so much going on. I needed a quick way to make cash and I know a lot of students here don’t want to buy weed from people that they don’t trust because it could be laced with anything like Fentanyl and stuff, so I have a safe dealer and I make sure I test it to make sure it’s all clean and everything.

A lot of people were buying from me and my friend because it was safe and it was quick transactions. We would sell out within like a day or two right off the bat, because everybody was looking for weed. I just needed the money and I know a lot of people who have mental illnesses here, so it’s a good way to combat that because weed helps with anxiety for most people and houses less stress. It was kind of benefiting both me and other people on the way, because I got to take their stresses away.

John: Because I didn’t have a job. I applied for a lot of campus jobs and didn’t get any of them, so I knew I needed some spending money to use just to live in Boston.

Jamie: I’ve been selling on and off since my senior year of high school and that’s because I have a couple dealers that have sold to me for cheaper, so then I would sell it for more for profit. In my senior year, I had a job, so I was only doing it a couple times just to make more money on the side. Basically, I just do it when I see the opportunity to.

Q: What do you think the culture around smoking weed is like at Emerson?

John: People sort of expect it. I think this is a pretty stoner school so I don’t think people are really bothered by weed, or concerned with it.

I think there’s a positive outlook on weed, but I think there’s definitely people that are buying that are very strict about their prices even if the prices are totally fair, which sometimes they’re not. People come from all around the country where prices are maybe different or maybe lower, so they think that the prices should be just like that so people get annoyed by that. But that’s probably the only thing that people have an issue with.

Q: How has your financial situation changed since you began dealing?

Alex: I haven’t been selling recently, it was only for like a two or three month period, but I think I made, in total like, $400 overall for profit. But if I were to split it with my partner then probably something like $200.

Jamie: Here, first semester and second semester, I’ve probably made like, nearly a grand, but I think I’ve spent a lot of that.

Q: Do you think students should be allowed to possess cannabis on campus?

Alex: We have a drug called alcohol, that is if you’re 21, which is allowed in dorms. I understand the smell factor of weed, but there’s edibles and there are things like dab pens that really don’t release any smell, so I think 100 percent it should be allowed in the dorms if it doesn’t smell. Emerson should allow it even if it’s off campus, or not in the dorms, because it’s healthier than alcohol.

Jamie: Yeah, I get that weed is still federally illegal. But it does make me a little irritated that there’s people with medical cards, and they don’t have the ability to smoke, even if it’s just in their room. It irritates me that they can’t, so I would hope further down the road that Emerson sees this and is more lenient about weed as an okay thing to do.

John: I feel like their policy, given that you can have alcohol on campus if you’re 21, doesn’t make a ton of sense. But it also adds up because it’s a federally funded college, and so they have to abide by federal law. I haven’t gotten in trouble with anybody for weed. But if someone did get in trouble, then I would hope that the college would be a little relaxed about it. Just because, hey, it’s Massachusetts, maybe they’re 21, it’s fine. But if that’s not the case, then it is a little illogical, but it does add up for a federally funded college.

Q: Do you hear positive weed experiences from your customers?

Alex: Oh yeah. Some of the people that I have sold to, literally they come to me to ask for stuff because they’re going through a situation and they just need to calm down. It keeps people going through their day without having to do anything harder. Some people say weed is a gateway drug, but it’s not. I know so many people that are stoners and they’ve never tried anything else. They just use that to get through the day in order to have less stress, because life is stressful and weed slows it down.

John: I could see it helping people relax. But at the same time, I could also see it negatively affecting your work ethic. And I’ve experienced that. So it’s when I was selling, I wasn’t like morally, ‘Oh, am I doing something wrong here?’ because my thinking was, if people are going to do it, they’re going to do it anyways. Me not selling to these people isn’t going to change how they’re acting.

Q: How do you think alcohol and weed are different?

Jamie: Yeah, I feel strongly about that. I know alcohol is looked at in American families as being completely fine, and there are a lot of kids that sip their parents’ alcohol. It’s kind of ridiculous that something that has no positive effects on the human body is something that is looked upon so nicely, compared to something that has so many more health benefits. I don’t think kids should be drinking and smoking at a young age obviously. I’m not even saying to change the age of when you can drink or smoke, I’m just saying that I think the perspective of marijuana here in the U.S. in general is completely off, I think it’s off cause it’s not nearly as damaging as alcohol ever will be.

Alex: Alcohol destroys your liver whereas to weed, the only side effect I guess would be if you’re like a pothead, it would like decrease your breathing maybe a little bit. The health benefits too, like alcohol doesn’t really have any health benefits where weed has so many beneficial factors to it, like treating anxiety, depression. Weed should honestly be more prioritized than alcohol at this school I think, as long as the smell isn’t bad in the dorms because obviously that affects other people.

Q: How do you ensure to your customers your product is safe?

Alex: When we sell out, they have to go to some outside source from Emerson, to some stranger in Boston that they don’t trust at all. It could be laced with so many different drugs, whereas I show customers that it’s pure THC because it’s from a dispensary. We’re not going to outside sources like a random drug dealer on the street. I want there to be more drug dealers when it comes to weed so that people have a safer way of using this drug instead of going to someone where they can harm themselves.

I also feel like it should be legal to sell weed in a sense that if it is not laced with anything and it’s pure THC, then it should not be a crime to sell this drug. While if it was laced with something, then of course I think that you should know your own supply and you should know who you’re selling to and if you’re selling to someone where it’s laced, then there’s a problem. No matter what age you are, if you’re a drug dealer in the sense of weed and it is pure THC, I think that it should honestly be legal because there are no issues with what you’re selling being that they know what they’re getting.

John: I guess it does, in that I have easy access to things whenever I want them, but not a ton. It’s really just money. Honestly though, I’ve worried about these people customers just talking to me because they want to buy from me, so that’s something that I’ve thought about.

Jamie: It benefits me in a way where I’m making more money, since I don’t have a job here. It’s cool when someone texts me to meet them in a room I’ve never been to before, so I’m actually meeting someone new, so that’s also cool too. I’ve met more people and I’ve made money, so that’s awesome.