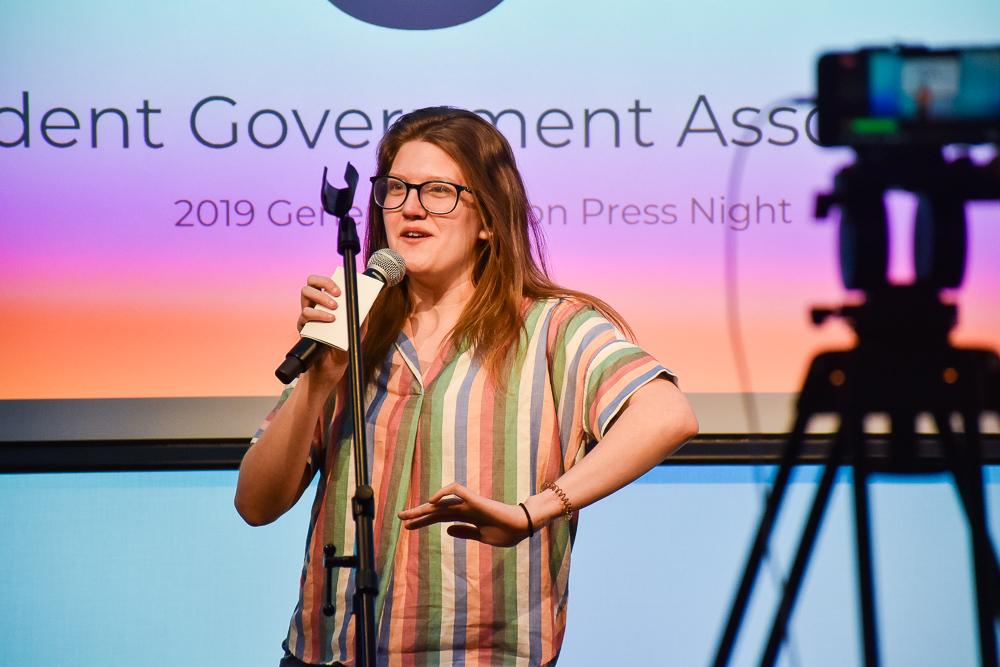 Being the Student Government Association Executive Treasurer was both the best and worst year of college. Though it may shock some, I am shy and never imagined I would have taken such an active role in Student Government when I first came to Emerson. I was insecure accepting this position. I was concerned my math skills wouldn’t be up to par and that I would be under constant scrutiny resulting in my letting everyone down.

It was worse than I ever imagined. I would pull all-nighters in the SGA office while drowning in spreadsheets. The Berkeley Beacon sought out a former sex partner of mine and allowed them to anonymously comment on a news story. I failed a class because I prioritized reimbursements over my school work, while constantly feeling I was not doing enough to represent my fellow student’s needs.

My mom would ask me all the time why I chose to do this.

Being the SGA Executive Treasurer can be draining, but in the end, I had an incredible sense of accomplishment. I made some of my closest friends that year, found role models who built my confidence, and left Emerson feeling I had made a difference.

At the end of the 2020 school year, SGA reimagined our Constitution and my main goal was the ensure that the next Treasurer, whomever they may be, won’t feel as exhausted walking away from their tenure.

We established the Financial Equity Committee (FEC), a group of students with different perspectives to come together to address the financial needs of their peers. It’s intended to give a concentrated voice to issues such as intercultural matriculation, the financial needs of transfer and international students, and focusing on how Emerson invests in technology. Many groups on campus are already having these conversations, but the FEC is an opportunity to bring those voices together to make a louder roar and demand real change. We passed over a majority of the paperwork to SEAL staff so that future SGA Treasurers could focus on being a financial advocate for their peers.

The funds allocated by the SGA Financial Advisory Board belong to every Emerson college student and that is the starting point of every decision. This job calls for you to be the voice of the student body to administrators on what is possibly the most crucial issue for most Emerson students; money.

Student leadership isn’t for everyone. Covid has made this year has been especially difficult, although I’m not sure I could have done it, I know someone at Emerson can. Currently, no one has applied to be the Executive Treasurer for the upcoming spring semester, I understand why, but it’s an important job. So if you’ve been looking for your place at Emerson and this interests you at all, I urge you to get involved. Please reach out to the Student Government Association for more information.

Note: Semple refers to a Sept. 25, 2019 story named “Students question executive treasurer’s motivation behind fee amendment.” The then-Beacon editor who wrote the article in question said he did not know about Semple’s relationship with the anonymous source until after publication.