Letter: Advice for students about to graduate? Join a union 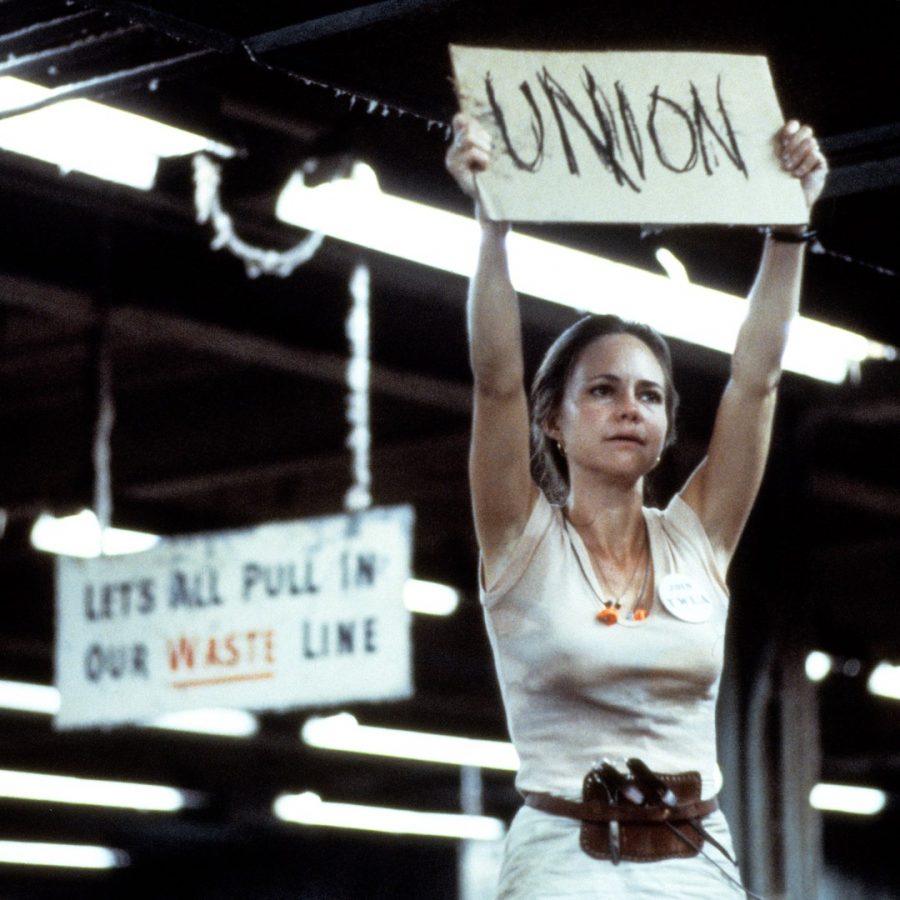 Illona Yukhayev (illona_yukhayev@emerson.edu) is an Instructional Technologist at Emerson. When she’s not busy helping faculty build their Canvas courses, she is happy to talk to anyone about labor.

Every time this country goes through a recession, opportunities for new graduates entering the workforce go from bad to worse. It’s not always about the number of jobs. The number of jobs is expected to go up, but the quality of jobs is not. Expect lower salaries, and fewer benefits. If you are disabled, or have a chronic illness, expect to be discriminated against. If you are not white and cis-male, expect to be discriminated against.

When you finally find that first job—Join a union.

Your workplace doesn’t have a union? Start one.

There’s a phenomenon economists call “the race to the bottom.” We’ve seen it happen after every economic hit. Companies and organizations gut benefits and lower wages. Once the economy bounces back, wages stay low and benefits are never reestablished. If you were entering the workforce in the 1950’s, you’d be on your way to buying a home. You would have a savings account. In 2021, your outlook is very different.

So what happened to all the good jobs? They disappeared because of deregulations and union-busting. Unions are the reason we had good wages and benefits to begin with. Collective bargaining is how working people got together, and took on greedy employers. Every union win had ripple effects. If one employer was forced to raise wages, other employers followed suit. They had to! They did it to keep their workers from leaving (or worse yet, forming their own unions).

If it’s not clear to you yet, you are about to join the working class. Yes, even if you work at a desk and have a college degree. Unless your mom owns a company, and promised to make you the CEO, you will soon be a worker. Alone, you don’t have any power to influence the decisions your employer makes, even if they personally affect you. If you band together with your colleagues, that’s a different story.

In 2016, The Emerson Staff Union was certified by the National Labor Relations Board. The workers of this college spent years organizing because they wanted to make the college a more equitable workplace.

Between 2009-2019, there was, on average, a 75 percent increase in the salaries of management* but only a 21 percent increase for staff (25 percent if you take into account the cost-of-living increases the union won in our first contract in 2018).

A lot was accomplished with our first contract. We fixed many wage discrepancies, established regular cost-of-living increases, rewrote the parental leave policy to offer adopting parents the same benefits birth parents had, established a shared sick time program so that employees can donate sick days to each other. We also shamed management for offering a generous parking benefit to managers who drive in to work, but zero dollars in commuting benefits to employees who use public transportation. That worked! In 2018, Emerson started covering public transportation costs for its staff.

We accomplished a lot, but the road to equity is long, and we have a lot more to do. Especially now, with the pandemic and the recession, the race to the bottom is on. We are here to hold the line.

Does the management at Emerson love unions? Do they see us as valuable partners in making Emerson better for everyone? The answer is no. Our wins were hard fought, and soon after we ratified our contract, Emerson hired a union-busting law firm, like the one that helped Jeff Bezos bust the organizing efforts of the Amazon Workers Union in Alabama last month.

We know they’ll try to break us too, but they’ll fail. Our union is made up of 40 percent Emerson alumni, and we are a stubborn bunch.

Not all the staff at Emerson are part of the union. The differences between how management treats union staff and non-union staff were on full display last summer. While most of the benefits we won in our contract were extended to the rest of the staff, ours were protected. That means that when management set out to cut expenses this year, they suspended non-union staff benefits and raises with a simple announcement. They couldn’t do that with union staff. They had to negotiate with us, and our members got to decide, through a democratic process, whether or not they were willing to make these sacrifices for the College.

We voted to give up benefits for 12 months, and delay our raises until the financial outlook was clearer. We agreed to make these sacrifices because we wanted to save jobs. Management was prepared to start layoffs in mid-August for both union and non-union staff, but we stopped that process by giving the college a big pile of money back.

Without a contract, we’d have no negotiating power. Without a union, we’d have no seat at the table. To make a difference, you need both. If you choose to depend on the judgement and goodwill of those in power, prepare to be disappointed.

In the past year, we received a lot of messages around the idea of OneEmerson, but we’ve never been a ‘One Emerson.’ We know this from the student protests exposing racial inequity on campus. We know this because the Student Disability Union took on the work of pushing Emerson to be more accessible. We could all use a little more than slogans.

At first, the cuts to staff raises and benefits felt like a worthy sacrifice because many of us believed that in the midst of a pandemic, we were all in the same boat. Management also declared a hiring freeze, so staff positions were left vacant all year, and many departments were severely understaffed. Our staff worked long hours to pick up the slack, some doing the job of two, and never complained, because it seemed like we were in this together. Then we learned that executives were treated differently than us.

In a Town Hall with Paul Dworkis, the VP of administration & finance, I asked him how we could afford to give David Howse, the VP of office of the arts, a promotion and a raise in the midst of a hiring freeze, if raises were suspended for everyone? I did not get a satisfactory answer. I later heard that VP Dworkis expressed distaste at my question because VP Howse is a Black man, and scrutinizing his salary is not becoming.

I must have buried the lead, because I have no issue with VP Howse making a good living. I take issue with the fact that his assistant, who is a Black, queer, young mother, was promoted alongside him, and given more responsibilites, but no raise. My issue is that there was enough money in the budget to give executives who make six figures a year raises, but staff who don’t make a living wage, had to go without. David Howse is just one example. This happened in other divisions this year as well.

We are not all in the same boat.

Race, gender, class, and motherhood are all factors that work against you in the workforce. Even when you have a supervisor who shares some of your struggles, don’t expect them to fight for you. They generally won’t, but a union will.

The most powerful weapon a union gives you, is your voice back. As a student in a liberal arts institution, you might take your ability to express yourself freely for granted. Most workers learn to censor themselves for fear of retaliation. That’s not the case for workers with a union. If you’re in a union, there are legal protections in place, and you can speak up.

Speaking up is one thing, being heard is another. At the Emerson’s Staff Forum in March, staff logged into the Zoom meeting, and to our disappointment, everyone was on forced mute and the chat function disabled. We couldn’t even type our questions in an open way, we had to submit them through a Google Form, and Shari Stier, the AVP of human resources and chief of HR, pre-screened them. The meeting ended twenty minutes early with many questions left unanswered.

Emerson College has only ever had one motto: Expression Necessary to Evolution. Being gagged in the Staff Forum was not only frustrating, it was heartbreaking. It went against everything we stand for. Management went on about their plants to permanently cut staff benefits, but they didn’t want to hear about the impact it would have on staff. They sent a callous survey the following week asking us if we’d rather pay more in healthcare premiums or co-pays. That is not how you engage with your employees.

Those who are ‘on top’ generally believe that they are better paid because they are smarter, harder working and more valuable than their staff. I never found that to be true. Take Emerson’s VP of Advancement position for example. The salary for that position has more than doubled in the last 10 years, and is now one of the most competitive in the Boston area (>400K in base salary alone). Emerson’s fundraising efforts however, are pitiful. In 2017, we raised only $6.3 million dollars, while Wellesley College raised $58.7 million, and their VP makes less than $200K a year**

Knowing this, my blood pressure rises every time I hear management say that a cost-of-living increase for staff will result in tuition increase for students. It’s emotionally manipulative, and it’s also not true. Tuition increases were announced this year, but staff salaries remain stagnant. It’s just not right.

This is a tough economy. I know those of you who are about to graduate are tired and worried. I know the future looks daunting. I will not sugarcoat it, it’s going to be hard, but please, do not be afraid. When you stand at your commencement next month, look at your peers, and make a decision right there and then, to never fight them for scraps. Instead, join forces with them, grow stronger in solidarity, and build a better workforce together. You are never alone.

Any member of the Emerson community is free to submit a letter to letters@berkeleybeacon.com.