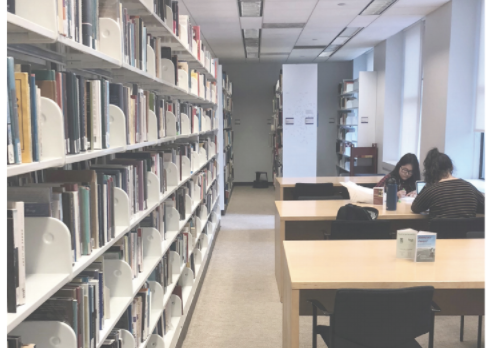 The Iwasaki Library cut five databases from their collection at the beginning of the academic year due to the availability of cheaper alternatives and lower student usage than previous years.

Crocker said the number of databases cut had a small increase this year, but the library does not track an average of how many databases are discontinued.

The decision was made after reviewing student usage, subscription pricing, faculty input, and research on alternatives. So far, only four of the five have been replaced to supplement for the loss of data.

“We evaluate all of our database subscriptions every year to figure out, ‘Is this worth paying for again and again?’” Crocker said.

While discontinuing databases is a routine process for the library, Electronic Senior Publisher-In-Residence John Rodzvilla raised the issue of whether or not students use the resources enough to warrant funding them.

Student usage results are decreasing. The lowest student usage of databases occurred in 2017, with 357,484 articles and other resources accessed, in comparison to the 465,451 articles and resources in 2013, according to the Emerson Academic Affairs Factbook.

Rodzvilla said he feels troubled by this occurrence and its implications.

Sophomore Raegan Harris said she’s only accessed databases from the Iwasaki Library once.

“I looked at [the databases] for a project, but didn’t use them,” Harris said.

Freshman Frank Frascella said library databases offered him useful books and articles when he was required to do research for a History of Visual Media Arts project. The loss of a database like Nielsen Film Industry Data will affect research of those in his major, he said.

“I know I’m going to have to do some research thing this semester … and [the databases] are really useful for finding primary sources,” Frascella said.

In the big picture, Crocker said despite the cuts the number of databases will continue to grow.

“We’ve been growing our digital content for years now, so we are certainly able to provide more and more year by year. But on the title by title level, there are some serious losses,” he said.