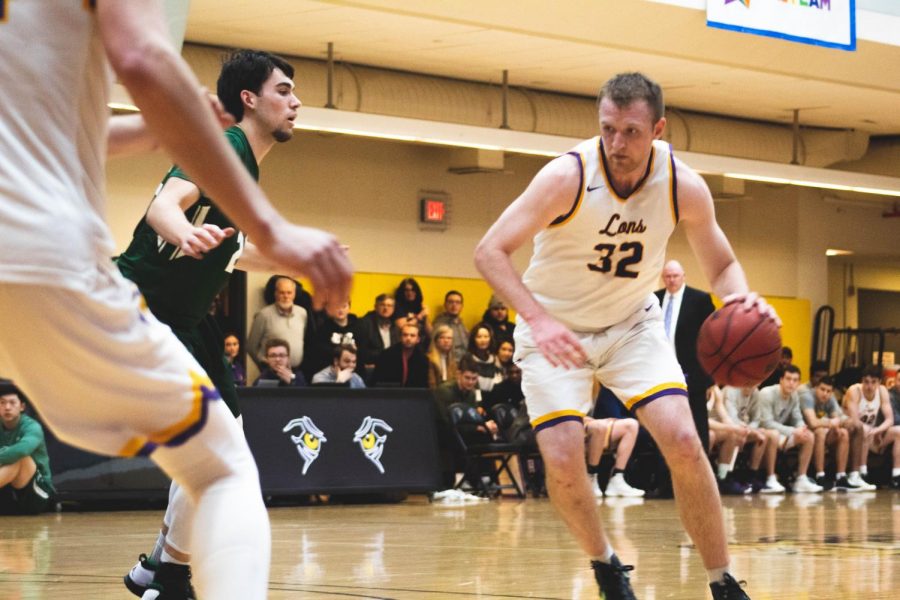 In addition to their all-sportsmanship selections, Madden and Holding also received spots on the academic all-conference team.

According to the conference’s website, the award recognizes student athletes who best represent the New England Women’s and Men’s Athletic Conference and its ideals.

Women’s basketball senior guard Quinn Madden said she appreciates the postseason recognition as her career comes to a close.

As the captain for the women’s basketball team, Madden’s approach to the role developed throughout the season.

“When you’re a captain everyone is looking at you to see if you cut corners or if you aren’t doing the little things,” Madden said in an interview over the phone. “Since I wanted the team to be successful, it just made it very easy to make the right decisions for the team because I knew that they would follow in my example if I did the right thing.”

As one of three seniors on the women’s basketball team graduating this year, Madden is thankful for the opportunity and said the program is heading in the right direction.

“I know that the next senior class is really well equipped to lead next year because they’ve already kind of stepped into that role this year,” Madden said. “The team has a super bright future.”

As Madden makes her way towards graduation, she will remain close to the game of basketball.

“I’ll probably be playing pickup with the girls and going to lifts with them,” Madden said.

“I think, personally, my game has gotten better,” Holding said in an interview over the phone. “I’ve just become a smarter player in college.”

Each time Holding stepped onto the court, whether in a practice or a game, he said his impact came from his attitude.

“Every time you play, win or lose, you hold your head high and you have respect for your competitors,” Holding said. “Just doing those small things that really help the team succeed that may not seem evident or you might not recognize from watching the game.”

Holding graduates this year with fellow senior teammate Jack O’Connor and said he will continue to play the game of basketball.