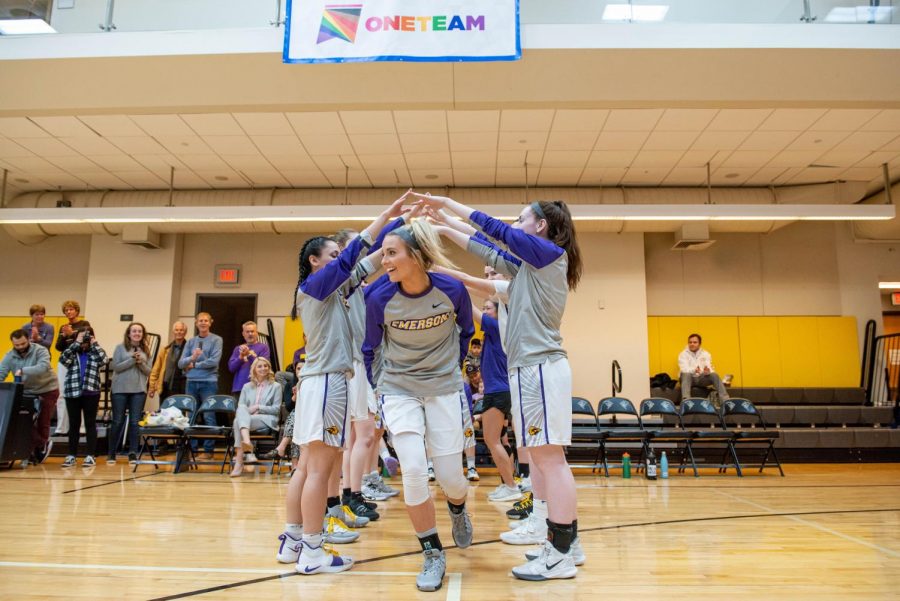 The women’s basketball team defeated Dean College by a score of 91–42 on its senior day to end the regular season with a 15–10 record.

Head coach Bill Gould spoke about the senior class and the impact they have made for the program.

Gould said it will be a different team next year without the three seniors.

“You know it’s funny you get kids to come in as freshmen and they’re so young, from a college basketball point of view they’re so immature,” Gould said. “You just can’t even envision them becoming veterans and leaders on your team, and then, all of a sudden, it’s here and you’re like where the hell did the time go.”

“They’re so supportive, they put so much work in, they’ve made all these signs, they decorated the locker room, and they got us gifts,” Clydesdale said in a pre-game interview. “They went all out. They’ve been awesome. I couldn’t ask for better teammates.”

Foultz said she will miss playing with her teammates after the season ends.

“It’s been a really wonderful four years,” Foultz said in a pre-game interview.

As one of three seniors who played all four years with Clydesdale and Madden, Foultz is happy about the bond they all created with one another.

“They have just been the most supportive teammates,” Foultz said.

Following the win over Dean, Madden shared her thoughts about the season and her career coming to an end.

“I love this team, and it’s been such an honor to play, and I wouldn’t change anything for the world,“ said Quinn.

The Lions face Smith College on Wednesday, Feb. 26, at 7 p.m. in the first round of the NEWMAC playoffs.