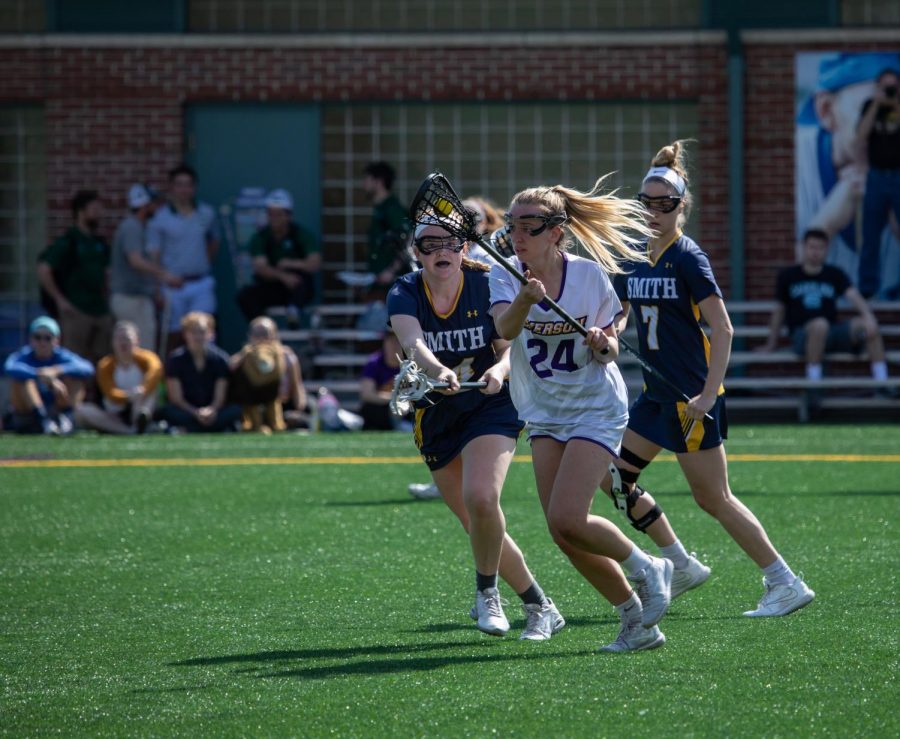 The women’s lacrosse team is ranked tenth out of 10 teams in the conference preseason coaches poll going into the 2020 season, and the team is using it as motivation.

“We have the rankings hung up in our locker room, and we have to look at them every day,” sophomore midfielder Julia Burns said in an interview. “We are using it more as a motivation, trying to prove them wrong.”

The Lions fished last in the New England Women’s and Men’s Athletic Conference with a 0-11 record in 2019. They will enter the season ranked under Clark University, who will be competing in the NEWMAC for the first time.

The Lions will start the season with eight non-conference games, against teams that include Emmanuel College and Nichols College. Second-year head coach Jessie Koffman hopes these games will help the team gain more confidence before facing challenging NEWMAC opponents during the second half of the season.

“We definitely want to get some wins, and I think that is very doable,” Koffman said in an interview. “We play in a really tough conference, so we scheduled some more winnable out-of-conference games, and I think that will be helpful in the long run just to get everyone’s confidence going in the right direction.”

The Lions will field 16 players this season, two more than in 2019. With 11 field positions and a goalie, the Lions will have more opportunities to rotate out players.

“We are definitely still building,” Koffman said. “It’s going to take a few years to rebuild this program.”

Mumford will play her last season with the Lions after joining the team during her freshman year. Mumford started in all 11 games in 2019, totaling 19 points with nine goals and 10 assists. She also received a spot on the NEWMAC Academic All-Conference Team.

“We have so much potential and great people this year, our team is really talented. We need to prove ourselves and reestablish our team,” Mumford said in an interview.

The 10 remaining players include six freshmen who Burns said will have a strong contribution to the team.

The Lions are determined to not let the pre-season poll define their 2020 season.

“The reality is that it’s going to light a fire for us,” Koffman said. “Just to see that we really can only improve and hopefully our games will be able to show that.”