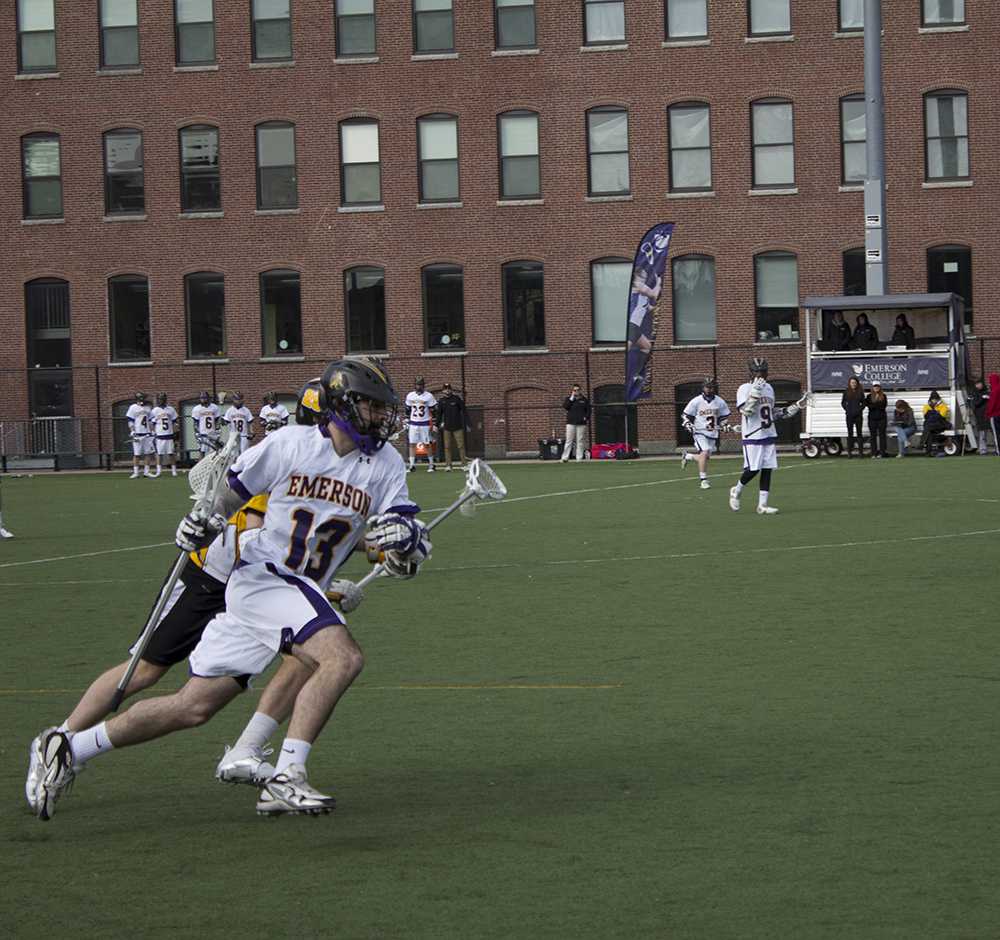 On Saturday, the men’s lacrosse team overcame an early 3-0 deficit and rallied to take its first victory of the year in double overtime against Regis College, proving to be a possible turning point for the Lions early  in the season.

Emerson gained possession with just over a minute left in double overtime. After calling a timeout, Brady Darragh carried out a premeditated play by passing to a cutting Benjamin Byrd, who threw the ball into the back of the net, giving the Lions a 9-8 lead and the first win of the season.

Bill Leopold, a senior journalism major who plays defense, said this game was a significant comeback victory early in the season.

“This was the first time we really came together as a team,” Leopold said. “It was a really tense game down the stretch, but we really played as a unit and were able to make some big stops toward the end of the game.”

The Regis Pride was also able to control the tempo of the game against Emerson by winning six of eight faceoffs to start the game, resulting in an early 2-5 lead.

Brady Darragh, a junior visual and media arts major and an attacker, said that despite the early deficit, the team was not concerned at halftime.

“We knew three goals was nothing,” Darragh said. “But at the same time, we recognized that we needed to come out in the second half and play our hearts out, and we knew it would come down to who worked harder in the end.”

In the fourth quarter, Emerson scored four goals, one with just under 2 minutes left in regulation to tie the match, forcing the game into overtime.

The Lions also had nine crucial saves in the second half, including five in the final period and two in overtime, to hold Regis College to eight points for the remainder of the game.

Clayton Fisk, a junior illustration major at the University of Massachusetts and a goalie, said this game was particularly significant after opening the season with a 21-7 loss against Wentworth College last week.

“Our program has always had its issues with winning,” Fisk said. “So especially after the Wentworth game, this was a huge bounce-back win for us. It proved to ourselves that we can win as a team, and I think it was a big confidence booster.”

Several University of Massachusetts and Berklee College of Music students play for the Emerson lacrosse team through the ProArts Consortium.

The men’s lacrosse team is now 2-2, and is tied for third in the Great Northeast Athletic Conference rankings. The Lions’ next home game is scheduled for April 9 against Norwich University at Rotch Field.