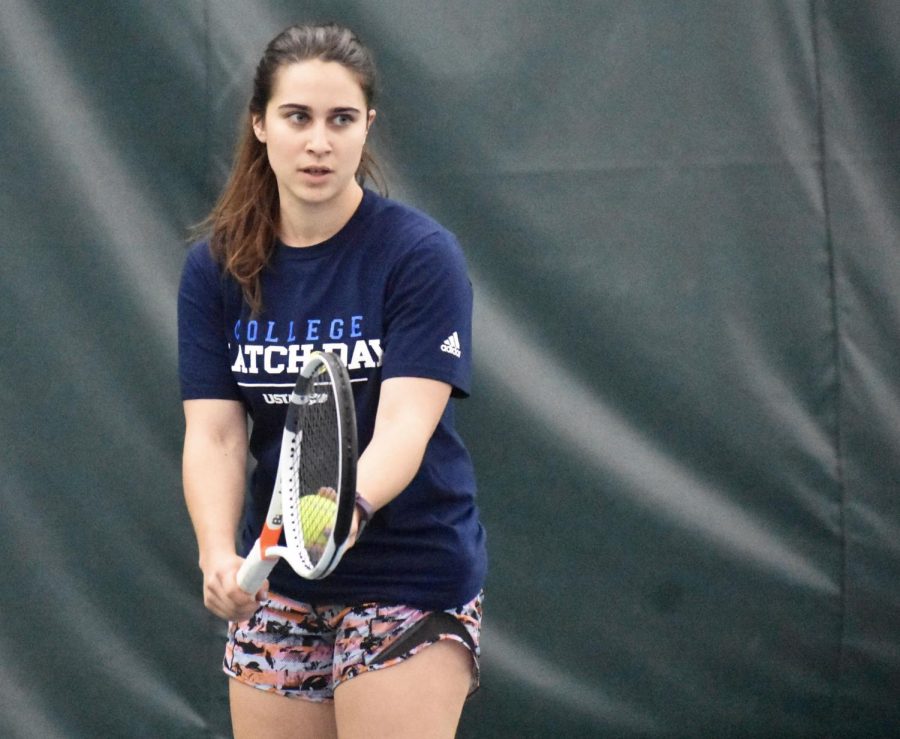 The women's team won its fourth match of the season on Sunday.

The women’s tennis team opened its spring break trip with a 5-4 win over King’s College in Orlando, Florida.

The Lions got on the board with a number-four singles win from sophomore Thea Nagle, who won both of her sets. The Lion’s took a 2-0 lead after the number-two singles match, a two set win by sophomore Annie Woodbury.

The Monarchs cut the lead with a singles win from number one junior Emily Fernandez in three sets. Freshman Sophie Oglensky increased the Lions’ lead to 3-1, winning both of her sets in the number-three singles match. The Lions fell in the number five and six singles matches after each went to three sets.

In doubles play, the Monarchs took the first match 8-2 over Lions junior Cassia Burns and freshman Angelica Ao. The Lions won the second doubles match, tying the game at four. In a close doubles match, Woodbury and Oglensky defeated the Monarchs 8-7, leading to a Lions win.

This is the Lions’ first win of the spring season after finishing their fall schedule with a 3-2 record.

The Lions will face Wartburg College at 9 a.m. on March 2 in Orlando, Florida.