Lions struggle to become king of the urban jungle 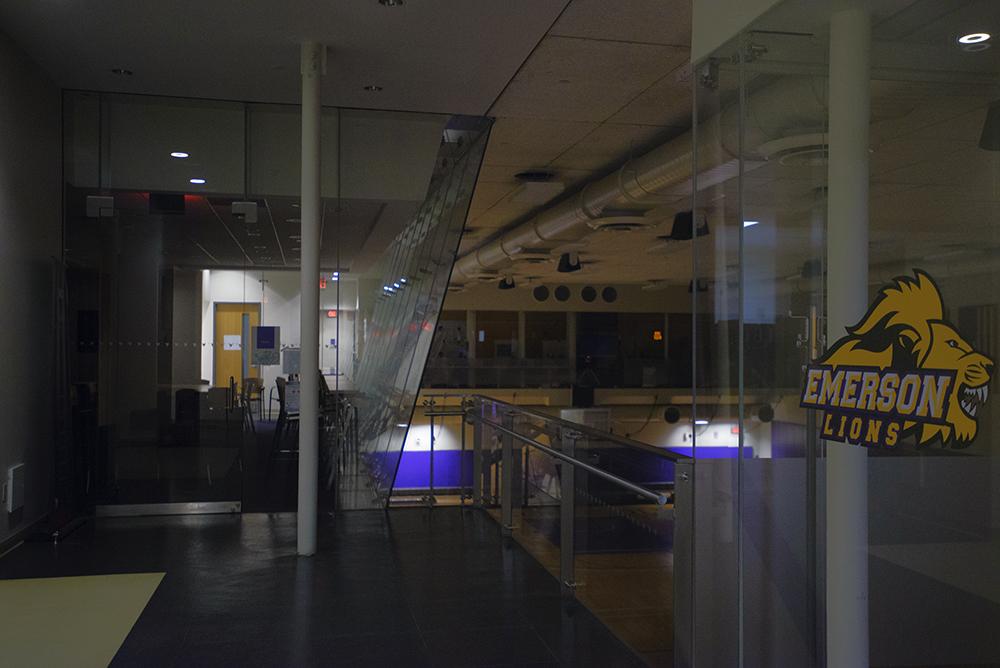 About a decade ago, Emerson soccer players were spotted lugging cones out to East Boston to practice by the airport. Basketball players used Pine Manor College’s facilities in Chestnut Hill as their home court, according to Stanford Nance, senior associate director of athletics.

But in spring 2005, the athletic department entered a multi-year agreement with the city of Boston to use Rotch Playground and Field in the South End for five of its outdoor sports. Similarly, nearly nine years ago, the Bobbi Brown and Steven Plofker Gymnasium opened its doors in the basement of the then-newly constructed Piano Row dormitory at 150 Boylston St.

Though these more permanent facilities may be more convenient, they’re not perfect, as they’ve presented a slew of new problems for athletes and coaches alike.

For head women’s basketball coach Bill Gould, who was hired in fall 2007, the lack of space at Emerson’s downtown Boston campus is challenging.

“Here, if we need a new basketball court, they ask, ‘What are the dimensions of a basketball court? 94 feet by 50 feet? Oh good, we have 96 feet by 52 feet, we can put in a gym,’” said Gould, who has also coached at Boston College.

Nance said that in January, when men’s volleyball begins its season along with baseball, softball, and men’s and women’s lacrosse beginning their preseasons, all seven teams jockey for practice times in the gym because of Boston’s winter conditions.

Senior two-sport athlete Naomi Kramer said that during lacrosse preseason last year, she had practices at 7 a.m., right before her 8 a.m. class.

“You get up at the crack of dawn, go to practice, and still have a full day of classes ahead of you,” said the lacrosse and soccer player.

At Emerson, a Division III school, academics are a priority for student-athletes, many of whom have classes around midday.

“It’s brutal,” said Gould. “It’s funny, the only time that the gym is available is during that peak class time from 10 a.m. to 2 p.m. You can’t have the team practice when only half the team is there.”

Patricia Nicol, Emerson’s athletic director, said a packed gym schedule, though difficult, is typical at many colleges during the winter months.

“Any time you have several indoor programs, it’s not unusual that teams will have to share the facility,” said Nicol, who is completing her first year at Emerson.

Emerson’s gym has just two basketball hoops. With 32 basketball players at Emerson, it’s not possible for teams to get in repetitions during their allotted two-hour practices.

“If you are going to have a basketball team, generally speaking, you have more than two baskets,” said Gould. “You have to have a practice where you shoot free throws—there’s just not enough time.”

This season, the men’s basketball team’s free throw shooting percentage was 61.6 percent, good for last in the New England Women’s and Men’s Athletic Conference. The women’s squad didn’t fare much better—their 57.6 percent of free throws made was ranked 10th out of 11 teams.

“We look at what we have versus what we don’t have,” said Nicol “It would be ideal that we have more [hoops]. But we have two, so we make the adjustments.”

Out of sight, out of mind

Rotch, which is about a mile away from campus, isn’t easily accessed by the subway—the Silver Line is the most convenient option. Kramer said this distance leads to small crowds at both soccer and lacrosse games.

“It’s a really big bummer that we don’t have a big fan base,” said the communication sciences and disorders major. “A lot of times, away teams will have more fans than we do. It’s kind of embarrassing.”

The softball team also plays at Rotch, but for men’s and women’s tennis and baseball, a home field is almost nonexistent.

The baseball team often practices in the gym, but it’s supposed to play home games at Victory Field in Watertown, a 20-minute drive but a 45-minute public transit commute. The tennis teams play at various clubs around Boston, according to the department’s website.

Nicol said she wants to find more permanent venues for the tennis and baseball programs, which, combined, total about 35 players.

“Realistically, I don’t see the college building a baseball or tennis facility anytime soon,” said Nicol. “So we have to work very hard to find a facility we can partner with that they can call their own.”

Even when a game is going on beneath 554 students’ rooms in the gym, Gould said he sees empty stands—his women’s basketball team averaged about 35 fans per game this season.

“[Piano Row] doesn’t look like a facility that has a gym,” said Gould. “Unless [students] come down [to the gym] for a reason, they don’t stroll by the gym. You make a point to come down here, and you certainly don’t stroll by Rotch.”

Nicol said one of her priorities during her first year was increase student support at games—she said she has already begun working on initiatives for the future.

“We want to implement a student section next year and have some giveaways,” she said. “We want to collaborate with the Student Affairs division to make an experience for all students, not just athletes.”

Taking advantage of the urban location

Since the gym opened nine years ago, almost every NBA team has visited Emerson’s facility to practice because of its private atmosphere and proximity to nice hotels, according to Nance.

“It brings some excitement to campus,” said Nance. “The players have been very cordial. It’s been a good deal for us.”

The school doesn’t receive any compensation from these visits, according to Nicol.

Gould said he tells his potential student-athletes about professional teams practicing in the gym and other distinctive aspects of playing a sport at Emerson.

“It’s a new court,” said Gould. “It’s a unique place to play, so we do have a home court advantage in that regard. It is an odd field—it’s just different.”

Outdoors, Rotch is located right next to Interstate 93, which Kramer said she has grown to like for lacrosse.

“Playing next to the traffic is actually kind of nice, because it’s so loud,” said Kramer. “The other teams can’t really hear each other.”

Nance, who was hired in 2003, said despite the challenges, the differences over the past decade have been worth it.

“When we didn’t have our own facilities, we’d have to bring our own water, our own cones. You name it, you have to bring it,” he said. “Now all the coaches and students have to do is bring themselves.”

And if teams gain their footing in the NEWMAC—only the basketball teams have made the playoffs in the past two years—Nicol said she thinks more students will begin paying attention to sports. When the women’s volleyball team won the Great Northeast Athletic Conference in 2012 and made it to the NCAA tournament, it averaged 92 fans per home game, 39 more than this season’s mark.

“Winning draws fans,” Nicol said. “It’s going to behoove us to do well on the field. And I think that once we develop a student interest, it’s going to be great because our students are right here, because our whole campus is within a block.”