Lions sweep Clark for third conference win of the season 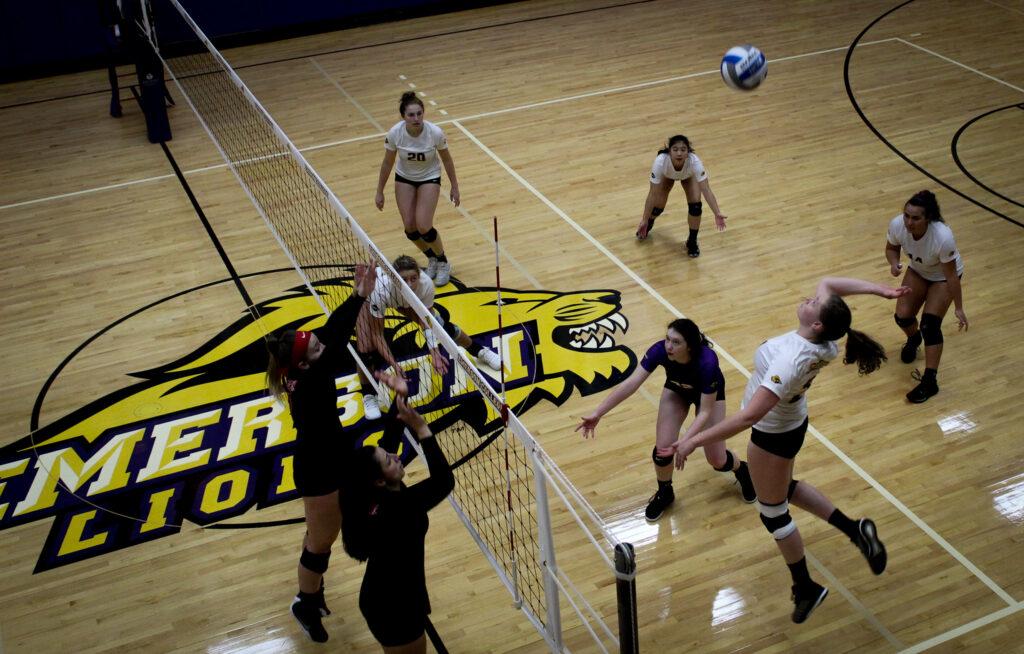 After its win against Clark University, the women's volleyball team ranks fifth in the NEWMAC. Rachel Culver / Beacon Staff

The women’s volleyball team never trailed on the way to its fourth consecutive victory in a three-set win against Clark University.

Coming off of an upset win over Babson College, the Lions carried that momentum into their two other games this past week and won both in three-set sweeps. Head coach Ben Read did not take Tuesday’s match lightly despite the Cougars’ 4-13 record.

The Lions scored the first five points of the set following Read’s message.

“I think we like to go into [each set] with as much energy as possible,” junior outside hitter Grace Tepper said. “Something we say every time is play to win, and play every single game like it’s a championship game.”

With eight kills in the first set, Tepper scored eight of the team’s points in a 25-18 first set victory.

“We could be a little more disciplined,” Read said. “That’s where we let up a couple of streaks of points and did a few rotations that we can’t do if we want to compete at a high level. We built up a lead and then got a little more relaxed in the court.”

Another hot start by the Lions in the third set helped them hold off a late rally by Clark and completed the sweep, winning the set 25-17.

The team’s fourth win in a row is one that Tepper said will set the tone for the rest of the season.

“I think those first two conference games kind of took us off guard,” Tepper said. “We have a young team and our first [conference game] was a home game. That puts a lot of pressure on people, but I think that the confidence is here, and it’s gonna stay.”

The Lions will play their next New England Women’s and Men’s Athletic Conference game against Worcester Polytechnic Institute at home on Saturday, Oct. 5 at 1 p.m.

“We have a lot more games, obviously, some really good opponents, and the playoffs are in sight,” Read said. “We just have to take care of business.”