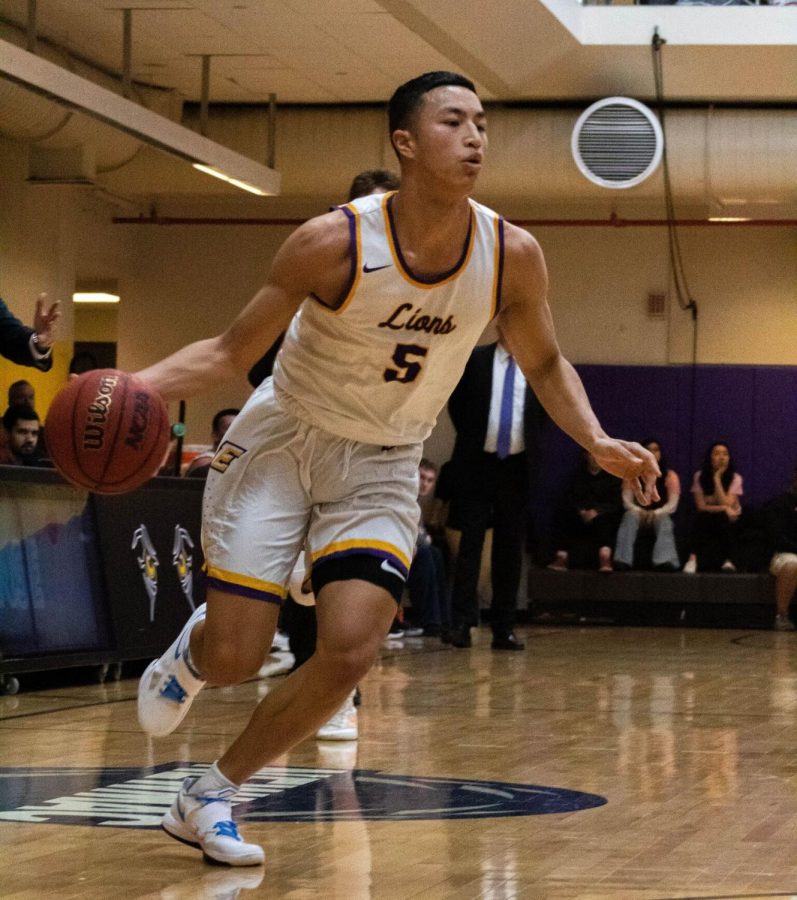 The men’s basketball team secured a top four seed in the conference playoffs after defeating Clark University by a score of 103-70, tying their highest scoring total this season.

This is the third time this season the Lions scored over 100 points and the second time they achieved this feat against a New England Women’s and Men’s Athletic Conference opponent.

“I don’t really look at the scoreboard for that,” head coach Bill Curley said in a post-game interview. “Are we doing what we are trying to accomplish offensively? Are we getting done what we want to accomplish on the defensive end?”

“We did a good job of getting to the shooters and making them shoot a contested shot,” Curley said. “With that, there are going to be some long rebounds and our guys were ready to go and get those.”

In the first half, the Cougars shot 30 percent from the field and made five of their 21 three-point attempts.

The Lions shot over 50 percent from the three-point line and 64 percent from the field. Houston made all eight of his shots, increasing his NEWMAC-leading field goal percentage to 69 percent.

Houston led the team with 19 points, followed by O’Connor’s 16 and freshman shooting guard Max Davis’ season-high of 16. All 13 healthy Lions played in the game.

With the win, the Lions are now in the NEWMAC playoffs with a 7-4 conference record. The Lions still have three conference games left, including one against Worcester Polytechnic Institute whom they defeated to win the NEWMAC championship last season but lost to earlier this season by a score of 87-64.

With the win against the Engineers, and a loss by the third place Babson College to WPI on Wednesday, the Lions are now trail Babson by one game in the NEWMAC standings.

Of the final three games remaining this season, two are against teams currently ahead of the Lions in the conference standings.

“We’re not done,” Houston said in a post-game interview. “Coming into the season, we don’t have our eyes on the fourth seed. It’s nice and all, we love to be in the playoffs, but we want to climb to the top. We have a lot more work to do, and we are excited to get it done.”