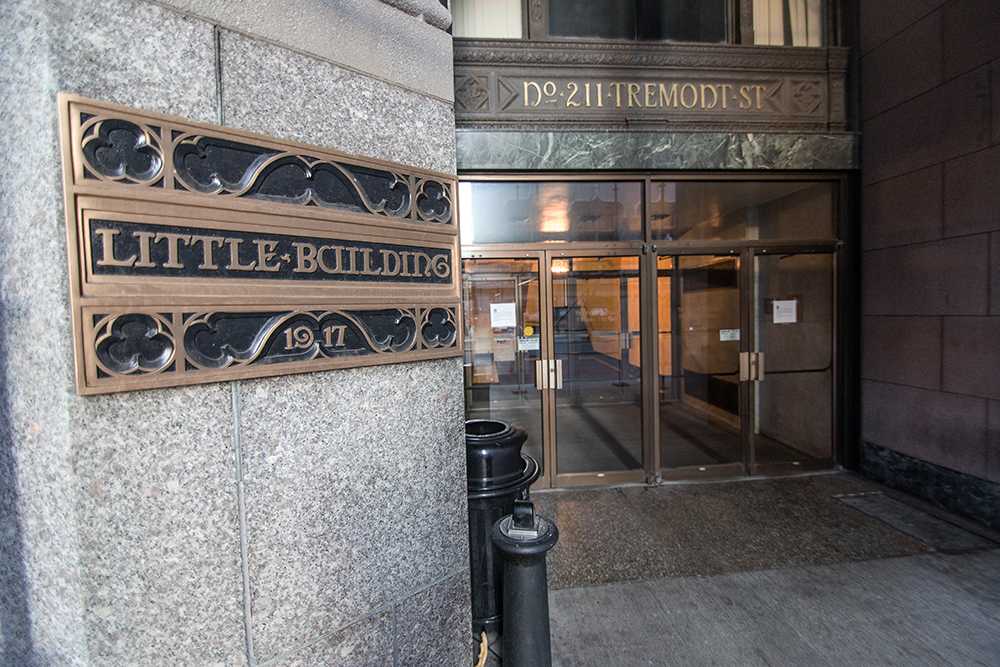 The Little Building doors on Tremont Street, closest to the Emerson College Police Department, are no longer accessible to students as of this semester. Student ID access to these doors have been revoked, and a sign was posted stating that students should go to the Boylston Street doors to gain entrance.

Students showed concern about their safety with the Tremont doors being locked.

“It’s nice to have those doors when you feel uncomfortable and don’t feel like walking around [the block],” Sydney Hannibal, a sophomore visual and media arts major, said.

Emerson College Police Chief Robert Smith said in an interview last September that the accessibility of the campus was re-evaluated in preparation for the Tap and Go system. Once the system was implemented, the Tremont Street entrance was only accessible by tapping an Emerson ID. He said that when the administration realized the Little Building was the only residential building with two access points, they decided they Tremont doors would not be used as a student entrance.

“When all the students on and off campus were given 24/7 access to the main entrances to the four residence halls back in November 2014, the ID office erroneously provided them with access to these doors,” Smith said.

Smith said that the school would have to place another security post at the Tremont doors in order to make them an official entrance. He expressed concerns about people unaffiliated with Emerson following students in after they tapped without a security guard there to stop them.

Students who use those doors do pass one security guard and the police department to get to the second floor of the building, and then another to go up into the dormitory floors.

According to Smith, people would enter with a student who tapped in and would not be stopped by a security guard monitoring the door. Since the ECPD entrance is open 24/7, Smith said students should enter through the office if they are concerned for their safety.