Lost in translation: cancelled Kasteel Well language program may launch in the spring 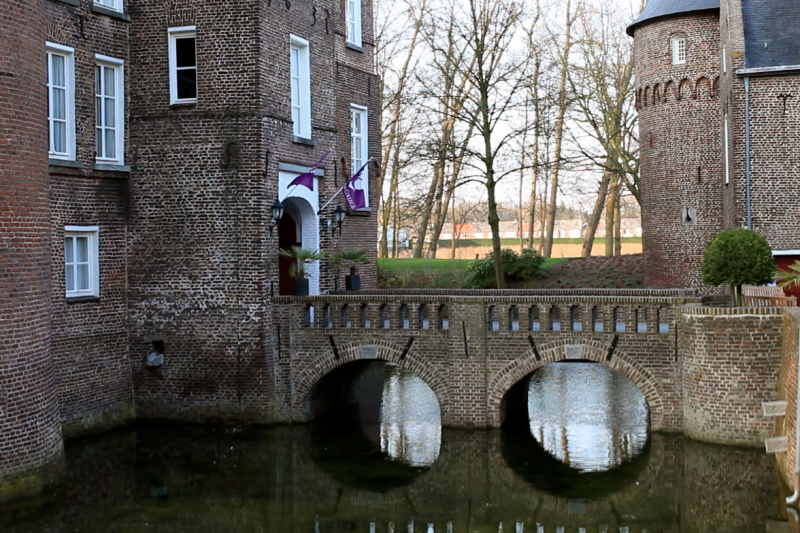 By Annika Hom and Melissa Rosales

Low enrollment delayed a new intercultural language program at the Kasteel Well campus this semester, but the college will try to offer it again next spring.

The program would offer Kasteel Well students the opportunity to take a European language course at a local Dutch university, Radboud University, with other international students. Students would take one class a week for eight weeks in which they could learn Spanish or Italian. The final three classes require conversations with other Radboud students who are native speakers.

Kasteel Well Executive Director Dulcia Meijers said she incorporated the conversational aspect specifically because it gives students a glimpse of culture from native speakers that is inaccessible without knowing the language.

The language courses unsuccessfully offered this semester were beginner and intermediate Spanish and beginner Italian, and at least five students needed to enroll per course for the college to be able to pay for the program. Students would have paid $500 to enroll with Emerson subsidizing the rest of the costs to hire professors and transport the students. Since only three students were enrolled by early October, Meijers said they had to cancel the program.

Meijers said one reason for the low enrollment could be late advertising. Students first heard about the program the day they left for the Well campus.

“The cost of it is pretty big in proportion to how much money they tell us to bring,” Spruill said. “And they did say there would be opportunities for kids who couldn’t necessarily afford the full $500, but then they never elaborated on that.”

Meijers said the advertising for the program will start earlier to avoid low enrollment in the spring.

Dean of Liberal Arts Amy Ansell and Provost and Vice President for Academic Affairs Michaele Whelan created the program with Meijers because past students wished they had learned new languages, Meijers said.

“What I always hear is, at the end of the term, after all the travel, ‘Oh, I wish I learned a foreign language,’” Meijers said. “Because traveling through Europe arouses this curiosity of another language.”

Meijers said the Erasmus program, a program already popular in the European Union that aims to internationalize faculty and students by offering more language courses and more abroad opportunities within universities, inspired the informal conversation aspect.

Whelan and Meijers believed by adding three sessions of conversation with international students, Emerson students could be internationalized in a similar way while also being exposed to another culture. The other students they would converse with would also be studying English and practicing their language skills.

Meijers said learning a foreign language is important within an international society.

“We are educating all of our constituents: faculty, staff, and students because they have to become world citizens. You’ll never know where people end up.” Meijers said.

Meijers said that because of the positive attitude toward programs like Erasmus in the European Union, they easily found schools willing to accept American students. They decided on Radboud, Meijers’ alma mater, because it is the closest university to Well and because of their confidence in the course quality.

Its close proximity to the train station makes weekend trips easy to plan.

“By the end of the term students run out of money.” Meijers said. “So this is another outing, and you can travel Friday afternoon within the Netherlands, which is cheaper.”

Kasteel Well Assistant Director Chester Lee said he and Meijers hope to eventually expand the program. If it gains enough momentum, he said they would offer students other languages such as German or Dutch. He also said if the number of students enrolled increases, the cost per course would be less because the college would have to subsidize less.

“I just hope that with acquiring the foreign language, the Emerson student opens up even more to the otherness to a culture other than your own.” Meijers said.