Love Column: The door’s open, come on in 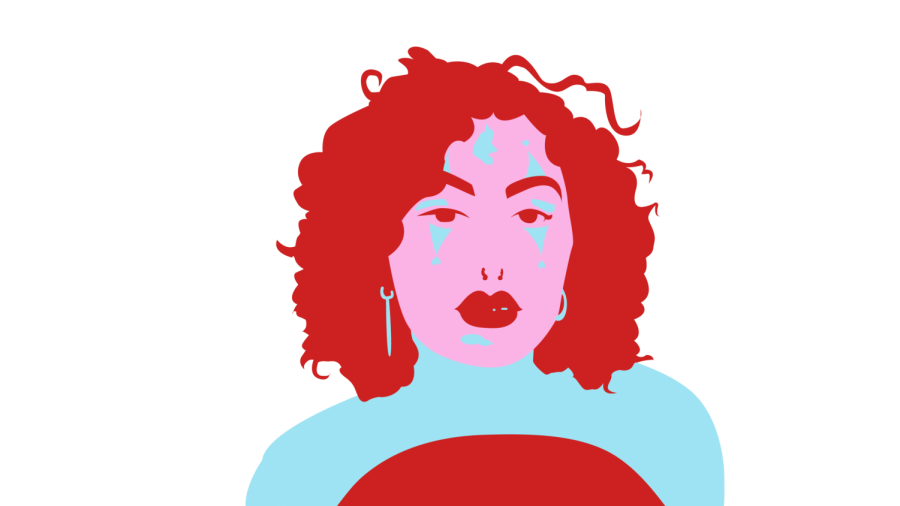 Last February, my girlfriend approached me at a party and gave me a fist bump because she was going to go make out with one of my best friends, and I was going to try to smooch the cute girl I was flirting with.

For us, that’s a typical weekend. If you’re uncomfortable, then let me make you feel a little better—my girlfriend and I are in an open relationship, and have been since the first month of us dating. It’s one of my favorite things about our relationship.

Our reason we decided to have an open relationship was pretty simple. My girlfriend and I have been together for over two years, since the fifth day of freshman year, to be exact. We met as randomly assigned suite mates, and at the risk of describing the opening of a horror story, it turned out quite the opposite. I had just come out of a serious relationship and was still closeted, so we decided we were going to keep things casual because, well, it was the fifth day of college.

We each made Tinder profiles, but still spent every moment together. It was peachy keen.

Eventually, we had to acknowledge the reality. We hadn’t seen anyone else for two months, and the feelings were apparent. I came out to my dad, I asked her to be my girlfriend, and the rest should’ve been like every other relationship I’ve been in—but it wasn’t.

There was a nagging feeling in the back of mind; I’d see cute strangers and think about how I seemed to be missing out. Like past relationships, I’d think about cute folks back home and old hook-up plans. There was absolutely nothing wrong with my girlfriend or our relationship, but I couldn’t help but think about what I was missing.

I decided to tell my partner the truth, expecting to be shamed out of existence. But I wasn’t.

Instead, she met me with support and understanding. We set up some rules and agreed that we would only hook up with other people. No dating, and always plenty of communication. In that moment, we became open.

We used to refer to our relationship as a “closed door that’s not locked.” Meaning that for us, “open” meant hooking up with others, but nothing more serious than that. It wasn’t cheating because we both accepted and followed those rules.

As we pass our two year anniversary of “officially” dating, it’s important to note how much our relationship has changed. Part of this stems from a better understanding of ourselves as young adults. For the longest time, I let other people define my relationship. The way people reacted to my honesty has not always been pleasant.

When I tell people I’m in an open relationship, I mostly get uncomfortable looks and judgment. When I open up about an important aspect of my life, I’m met with the response, “Oh that sounds interesting, but I could never.” This patronizing statement always knocks me back and makes me doubt myself.

The open status of our relationship became an excuse for any issues we encountered. If I tried to explain a fight that we had, friends would jump to blaming the open relationship aspect. Here’s the thing—we are not perfect people. We make plenty of mistakes, but we spend a lot of time working on our communication to resolve issues.

Last year, we both saw people that hurt the other and avoided communicating our feelings. It hurt us both, but we learned and recovered together. This summer I told one of my good friends about it as we were catching up. The response I got was not empathy, but judgment.

“Maybe the open relationship thing isn’t working for you,” I recall her saying. With this statement, my friend inadvertently told me that she hadn’t paid attention to the whole story. She ignored the discussion of our communication skills and how we resolved our issues. What mattered more to her was the taboo nature of our relationship.

What people fail to realize is that our open relationship is about more than sleeping with whoever we want. It’s about understanding ourselves and our personal needs.

I’m polyamorous, and, for a while, that was hard for me to admit. It takes a lot for me to define myself as the extremely queer person I am, because I’m afraid it comes off as a search for attention.

To me, polyamory means that my head and my heart have more room to love. I’m not afraid of commitment. In fact, I welcome it. Yes, I want to get married someday. I want to have kids. I want to live the American dream or whatever, but I want to do it my way.

If that makes you uncomfortable, then you should step back and analyze why. It’s not anyone’s job to judge someone else’s relationship, and doing so to my face is incredibly rude. Don’t say it’s for my benefit, because I’m in a loving relationship with an amazing woman, and I don’t need anyone’s validation.

My polyamory is something that I now cherish because it has opened up my life to so many incredible opportunities. I have never felt stuck in my one relationship in college because I allowed myself to experience everything that came to me.

Unintentionally, that has caused our relationship to naturally manifest into a more fluid form. Though our rules used to be more rigid, we now allow each other to date around. We still require communication, but we are open to seeing other people, knowing that we’ll always choose each other first.

My polyamory is allowed to flourish. Now, I am seeing another person as well for whom I have stronger feelings for than past hook-up—which I do not have to feel guilty about. I’m not forced to the confines of monogamy, which have never worked for me.

I cannot pretend I want to be monogamous or that I ever have any intention of going back to that lifestyle. I have no interest in boxing myself in and feeling stuck and inauthentic. This is simply who I am, and accepting that for myself has made my life beautiful.